Data security is ′deplorable,′ say hackers at CCC meeting | Germany| News and in-depth reporting from Berlin and beyond | DW | 28.12.2015

Germany's Chaos Computer Club is holding its annual congress - and 12,000 online activists have gathered for Europe's largest hacking conference. They accuse Google, Apple and Youtube of limiting access to information. 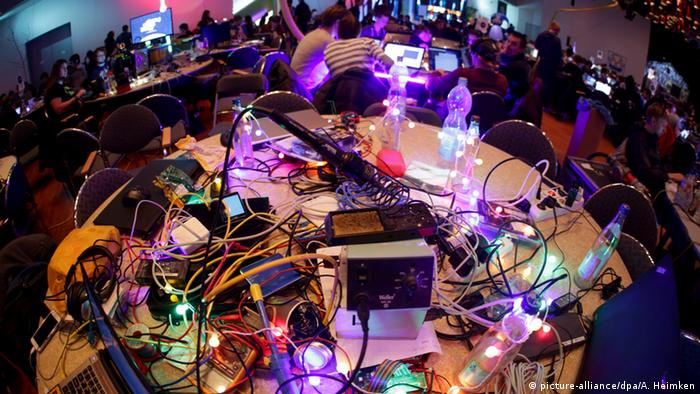 DW: The motto of this year's Chaos Computer Club congressis aimed at "Gated Communities" on the Internet. The term usually refers to housing estates with a strictly controlled entrance - what has that got to do with the Internet?

Frank Rieger: On the Internet, we're seeing an increasing number of "gated communities" or "walled gardens." Providers use technical means to limit the users' access to data in their own interest, all in the name of making more money with their own offers. On Apple devices, for instance, you can only run software that Apple has okayed. You can't use ad blockers on Android devices because Google doesn't want you to, since they earn money running ads. Both tend to seal the system off, putting users at a disadvantage. It goes so far that firms will use their technical clout to prevent information they don't like from being spread from their platform.

Would you say that a very few firms like Google and Apple hold sway over the Internet?

We think so. In particular in the area of technical standarization, but certainly where data sovereignty is concerned, it's been even more concentrated in 2015. We've reached a point where we have to ask ourselves in how far governments can intervene for regulation purposes. 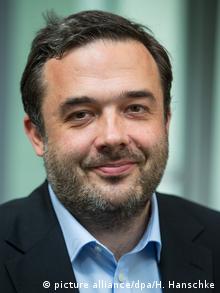 The Chaos Computer Club traditionally reviews the past year at its annual congress. Have there been any positive developments concerning data security in 2015?

The status of data security is still deplorable; it's actually getting worse rather than better. The problem is that more and more surveillance technologies are being introduced, and while there is opposition, it's not as effective as we would like it to be. I can't see a positive trend at all in 2015.

Ever since the disclosures in 2013, we've known that the NSA has been wire-tapping in a big way. How free is the Internet today, two and a half years later?

There's been some progress. More data traffic is encrypted on the Internet, but it's by no means the rule. To the contrary, we see that the intelligence agencies are making sure that loopholes and procedures they've been following illegally so far are legalized.

Take for instance new spying laws adopted in China that are similar to those set to be passed in the UK. The US is up in arms about China's legislation, but they rate the same laws in the UK as serving the fight against terrorism. That means the West is currently losing its moral integrity. That's not a good sign at all. Freedom in the net is limited to an alarming degree.

Despite these negative developments: How can the battle for freedom on the Internet still be won?

That is going to quite a long-term project, a long tedious struggle that must be aimed at rolling back these laws and regulations and at raising people's awareness that more security laws don't automatically mean more security.

At the moment, the technical community deeply distrusts the state because it banks on increased surveillance and hasn't learned its lesson from the Snowden documents.

What are the biggest safety gaps for users worldwide? Last year, you showed how easy it is to steal or fake a person's fingerprint by putting the German Defense Minister's fingerprint online.

The biggest problem we face right now is the Internet of Things - that is a network of all kinds of physical objects, and adding sensors to all aspects of life on the foundation of deplorable IT security.

There is poor software everywhere, not enough content is encrypted, and we often lack an online security culture. Companies prefer to quickly put a product on the market and only check out safety afterwards.

We need to work on revamping our Internet culture and focus less on technical fixes.

Frank Rieger, 44, is an author, hacker and a spokesman for the Chaos Computer Club (CCC). On its website, the club refers to itself as "Europe's largest association of hackers." The CCC has provided information on surveillance, privacy, freedom of information and data security for more than 30 years.

Apple is opposing provisions in a draft UK law that would weaken online encryption by requiring built-in cyber "backdoors" for government spies. The US e-gadgets company says backdoors harm rather than help security. (22.12.2015)