Darfur marks an end of transitional government's term. But Darfuri refugees still feel unsafe as the conflict continues in parts of the region. 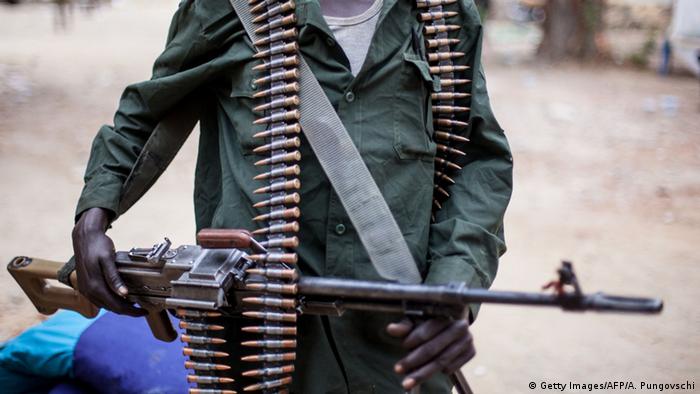 Bechir Yaya dreams of having his own car repair shop. One day, the young Sudanese would like to stand on his own two feet and not be dependant on aid. He and many of his countrymen found refuge in the Treguine camp in Abeche, in eastern Chad. Since the beginning of the civil war 2003, about 114,000 refugees found shelter in Treguine. Most young people in the camp do not go to school. The prospect of a normal life in peace seems far away for most of them.

It's a new era, but according to Ulrich Delius, spokesperson of the Society of Threatened Peoples, there is no reason to celebrate. "It has been a really sad year, this 13th year of the Darfur conflict. Ending the term of the regional authority is supposed to nurture the fiction of peace." But in reality that has nothing to do with the needs of the refugees, Delius told DW.

Since the conflict in Darfur broke out in 2003, more than 2.3 million people have been displaced. Most of them live in refugee camps in Darfur and neighboring Chad. Even though Chad supported the Darfuri rebels in the early stages of the conflict, it has been trying to negotiate a peace deal since 2011. 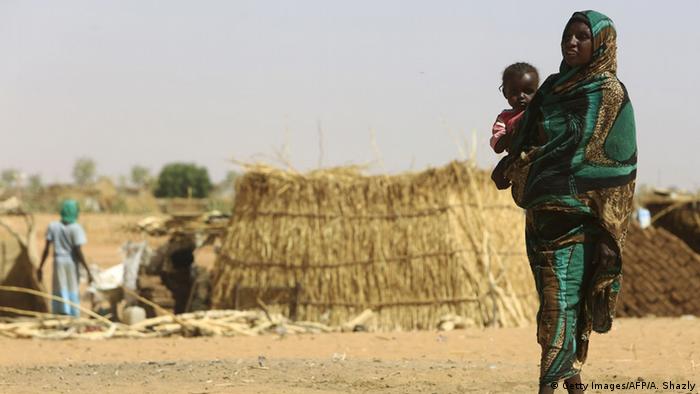 Treguine refugee camp at least offers professional training to the youngsters. They can become tailors, soap manufacturers, dyers or computer scientists. Bechir Yaya wants to become a car mechanic. "I opted for it to have a chance of finding a job", he said. The situation remains dire for thousands of Sudanese who had to flee their homes years ago. Returning to their villages seems almost impossible due to the lack of security in Darfur. 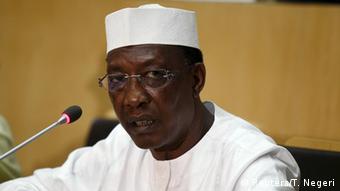 According to Delius many displaced persons do not accept some of the new villages that have been built with the help of Arab states. The Emir of Qatar, Sheikh Tamim Bin Hamad, who is also attending the ceremony in Fashir, has contributed a lot of money to the reconstruction of Darfur. So have other emirates. "But the former inhabitants are rejecting these model villages," Delius said. They believe that the conflict-torn region is not secure enough to leave the camps.

"They want to be compensated for the loss of their villages that were destroyed during the war and not appear to be strengthening the Sudanese government by moving back there. That would mean they agree with the government's attempt of showing a peaceful region. "The villagers' situation is made even worse because the Sudanese government is cutting down on humanitarian aid," Delius added. "It is a very poor region that needs more help. There is an acute problem with peace and war in all of the five Darfur regions."

In some areas, life has gone back to normal, but in others, the conflict continues. About 150,000 new refugees fled from the Marrah mountains since January 2016. "There is no justice for the displaced people of Sudan. They claim that the voluntary return to their homes was never discussed with them," says Delius. "They feell that they are not being heard by their own government, or the European Union or the international community. So the celebration is a sad occasion indeed."

Blaise Dariustone and Leonie Kahl contributed to this report.

Uganda and Djibouti failed to arrest the Sudanese leader Omar al-Bashir while he was on their territory, the International Criminal Court (ICC) said. The court suspects al-Bashir of masterminding genocide in Darfur. (12.07.2016)

Intense fighting has driven almost 140,000 people in Sudan's Darfur region from their homes since mid-January, according to a top UN official. Peacekeeping chief Hervé Ladsous said progress towards peace was "elusive." (07.04.2016)