A second bridge across the Danube between Romania and Bulgaria was to be officially opened on Thursday. But a revenue-sharing disagreement is keeping the Vidin-Calafat Bridge closedas the countries head to court. 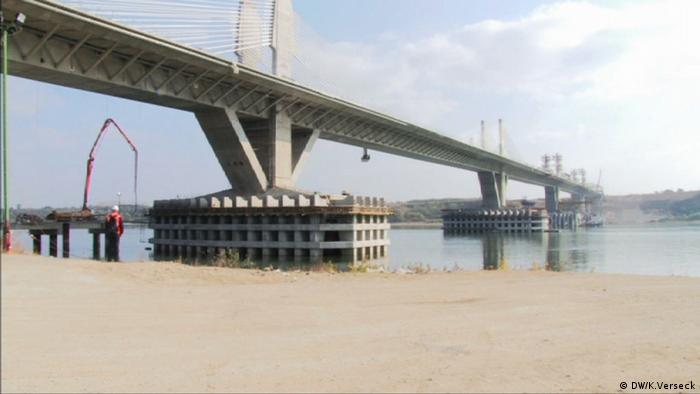 This is Kamen Kalnidolski's lucky day: it is a Monday morning, and the long-haul truck driver will not have to wait more than two hours for the ferry runs from Calafat in Romania to Vidin in Bulgaria. The crossing lasts an hour, passport and customs checks are quick; the 52-year-old could be home with his wife in the Bulgarian capital, Sofia, by early afternoon.

"There is bumper-to-bumper traffic here on Wednesdays and Thursdays - we all have to wait for at least 20 hours," Kalnidolski said.

Kalnidolski is stuck in Calafat or Vidin two or three times a month, a bottleneck much-feared by truck drivers on their trips from central to southeast Europe. Romania and Bulgaria share a 450-kilometer (279-mile) border along the Danube River - but there is only one single bridge, far in the east near Romania's capital, Bucharest. In some cases, that would mean a detour of several hundred kilometers. So many truck drivers opt for the ferry - and a long wait. Drivers who arrive shortly before nightfall are in for an especially long wait as the ferries do not operate in the dark.

Two ferries go back and forth between the towns daily. They can carry between six and 15 semi-trailer trucks per trip. At times, trucks are backed up in to the center of Calafat, a small town with 15,000 residents.

Plans for a bridge across the Danube have been in the works for decades. In 1994, the EU agreed to develop the so-called Pan-European Transport Corridor IV. The route connects several major eastern European cities, from Dresden to Prague, Bratislava, Budapest and Sofia all the way to Istanbul. Even then, Romania, which opted for a more easterly location, and Bulgaria were locked in a bitter dispute about where exactly to build a new bridge. Construction was finally begun under EU pressure in 2004, between Calafat and Vidin, a town of 50,000 inhabitants. 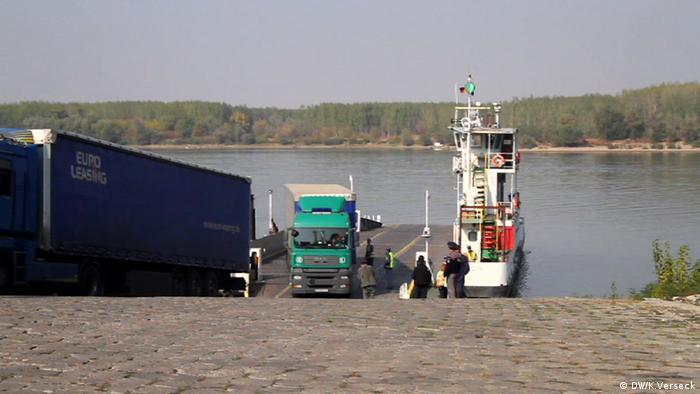 The EU had planned "Danube Bridge 2" as a showcase project highlighting bilateral cooperation in southeast Europe. But the scheme did not work out: in the end, Bulgaria organized the bulk of construction, signing on the Spanish FCC company to build the 270 million euro ($351 million) bridge. Spanish experts and mainly Bulgarian workers and firms were involved in the project with only few Romanian companies coming on as sub-contractors.

The bridge was originally scheduled to be finished before 2010 - but there was a delay due to geological characteristics that made a new structural analysis necessary. The official opening was set for Thursday, (29.11.2012), but it's been postponed once more.

Construction of the bridge is essentially finished. A few weeks ago the last 18-meter-long segment on the Romanian side was fit in. Pedestrians could cross the imposing, two-kilometer structure - in theory.

Access roads are not quite done and border control posts have yet to be established. Julio Ruis, deputy construction manager, dampened expectations the bridge might open soon after all.

"We easily need another year for static load tests," he said. 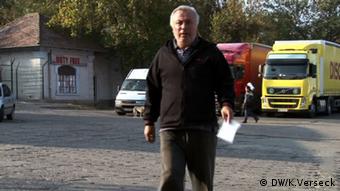 Kamen Kalnidolski looks forward to the opening of the new bridge

At the same time, authorities in the economically underdeveloped region are looking forward to the economic stimulus they hope the bridge will generate.

"The bridge will facilitate economic relations between our countries," Vidin Mayor Gergo Gergov said. Across the river, in Romania's Calafat, the bridge also promises better times to come. "We fervently hope the bridge will help the economy and tourism in our town develop and that there will be more jobs," said Constanza Varzaru, the head architect at the mayor's office.

The way things are now, Kamen Kalnidolski and his fellow drivers will have to take the ferry for a while longer - just as they have these past two decades.

The truck driver said he still hopes the bridge will eventually open.

"When the bridge is completed, we'll be on the other side in 20 minutes rather than 20 hours," Kalnidolski said.

In the meantime, there is more political bickering on the horizon: Romania and Bulgaria want to take each other to court over how to share revenue and bridge tolls.

In Romania, an alliance organized by leftist Prime Minister Victor Ponta won local elections in a landslide. Now it's time for the conservatives - who have announced a grouping of their own. (05.10.2012)