A Danish government plan to seize asylum seekers' valuables has prompted a European parliamentarian to quit in disgust. Jens Rohde says he is defecting to the centrist Social Liberal Party. 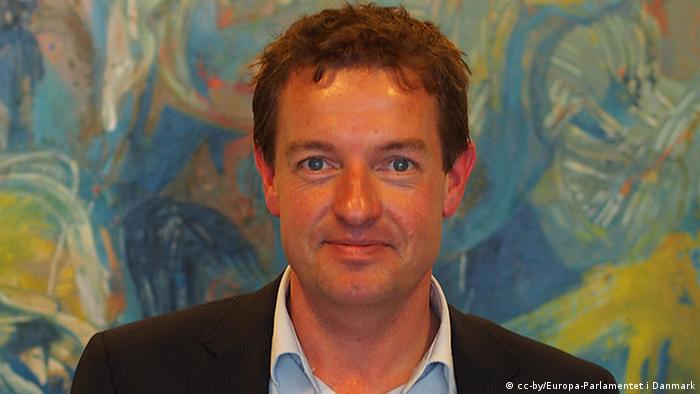 Rohde wrote Sunday that he was quitting the right-wing Venstre party over its controversial asylum policies, saying he was protesting a "deeply worrying" shift in Danish society and the sway held over the liberal party by the anti-immigrant Danish People's Party (DPP).

The Danish immigration ministry bill says migrant's clothing and luggage could be searched for "assets which may cover expenses" of their stay.

Seizure would include cash found on a migrant worth more the 3,000 Danish crowns (402 euros or $437) but exempt wedding rings and mobile phones.

Denmark already has some of Europe's strictest immigration policies.

The once liberal Venstre had "lost out big time" to the Danish People's Party, Rohde, a European Parliamentarian (MEP) since 2009, wrote on the website of the daily newspaper Politiken.

"Now it has also become acceptable to … instruct police to arbitrarily take people's last valuables and their last bit of dignity away from them," Rohde said, asking why "there aren't more people standing up and saying this can't be right?"

Denmark, a traditionally liberal country of 5.6 million people, will close the year with 20,000 arrivals, a tenth of those received by neighboring Sweden.

Denmark has been a reluctant member of the EU since joining it in 1973 and gained opt-out clauses on home affairs, justice, the euro and defense.

'No' to pro-EU referendum

In a referendum two weeks ago, 53 percent of Danes rejected the minority government's proposal to deepen EU cooperation including adoption of the bloc's justice rules.

The anti-immigration and euro-skeptic DPP wants to keep such opt-outs, an obstacle which could see Denmark next year forced to leave a broader status Europol, the agency mandated to fight crime, trafficking and terrorism.

Rasmussen's government and four other political parties had insisted that a 'yes' vote was the best way to ensure Denmark stayed in Europol to help Danish police fight extremism and other cross-border crime.

It also wanted to adopt 22 EU laws on issues such as cybercrime and debt recovery.

The DPP tapped into fears that Denmark, if it opted for more EU cooperation, could be forced to accept EU refugee quotas as Europe struggles to house arrivals of people fleeing conflict, especially war-torn Syria.

US carries out last federal execution before Trump leaves 0m ago

Honduras: First migrant caravans of 2021 depart for US 3h ago