A German man accused of bombing a Düsseldorf train station 18 years ago has been cleared of all charges. The attack, which injured 10 immigrants from eastern Europe, sent shockwaves through Germany. 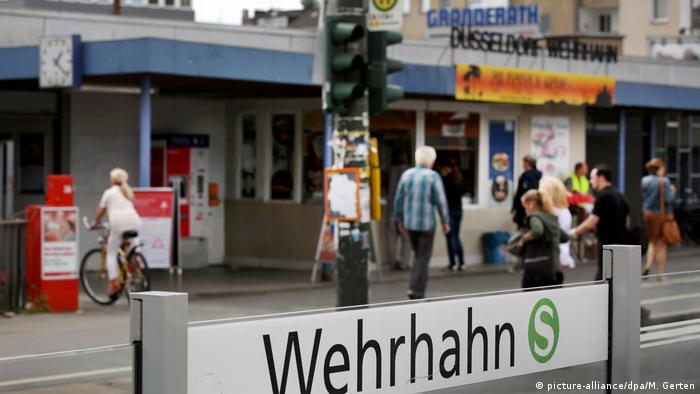 A German court on Tuesday acquitted Ralf S. of 12 counts of attempted murder for a bombing targeting Jewish immigrants at a Düsseldorf train station in July 2000.

The prosecution had demanded a life sentence for the 52-year-old, an alleged neo-Nazi, but the Düsseldorf District Court found there was insufficient evidence for a conviction. Judges had already released the defendant from pre-trial detention in May, citing unreliable witness testimony.

Key events in the case

-     Ten people, most of them Jewish immigrants from the former Soviet Union, were badly injured, including a pregnant woman who lost her baby and her foot.

-     Police investigating the crime received more than 900 tips from the public and testimony from more than 1,000 people, but were unable to successfully prosecute any suspects.

- Officers questioned Ralf S. for several hours in the wake of the bombing and placed him under surveillance, but they failed to amass enough evidence to arrest him.

- In June 2014, a prison inmate told police that S. — who was briefly in custody over an unrelated offense — had boasted about carrying out the attack, using a racial slur against immigrants.

Ahead of the verdict, the prosecution said an acquittal would amount to "the most serious legal error" in Düsseldorf's history.

During the trial, they had argued that Ralf S. was undoubtedly guilty, citing several admissions he'd made in recorded phone calls.

The defense had dismissed witness testimony against their client as unreliable, and stressed that there was no evidence placing him at the crime scene. Ralf S. may be a "chatterbox and a stupid gossip," they said, but that didn't make him a dangerous extremist.

Why is this significant? The Düsseldorf bombing sent shockwaves across Germany, mainly because it appeared to be a right-wing extremist attack targeting Jews, and came around the same time as a number of attacks against foreigners. The failure of the justice system to solve the case led to questions about possible flaws in the initial investigation — especially in the light of the National Socialist Underground (NSU) murders, which showed that police and intelligence agencies avoided pursuing the lines of inquiry that led to Germany's far-right scene. The neo-Nazi NSU was responsible for 10 murders, two bomb attacks and several bank robberies between 2000 and 2007.

Who is Ralf S.? The defendant was a former soldier who traded in army goods and military memorabilia. He was also a known gun fanatic, who was said to patrol his neighborhood in eastern Düsseldorf dressed in combat gear and accompanied by his dog. Many of those who knew Ralf S. at the time of the attack said they believed he was capable of carrying it out.

What was the evidence? Prosecutors argued that Ralf S. rented an apartment where he supposedly constructed the bomb and a remote detonator. The suspect was said to have boasted "I'm a tough nut" to a female friend after he was questioned. According to a report in the Kölner Stadtanzeiger newspaper, he had called another well-known neo-Nazi in the area, Sven Skoda, to request the latter supply him with an alibi.

Armenia, Azerbaijan agree to EU mission along their border 07.10.2022

The EU is set to play a bigger role in the Caucasus region as Russia's ability to manage the ongoing conflict there wanes. The European mission will last for two months.