The Karlsruhe Kunsthalle poses an interesting question: Does an original work still hold value or relevance today? The curators of a new exhibition are calling for a differentiated understanding of the term "copy." 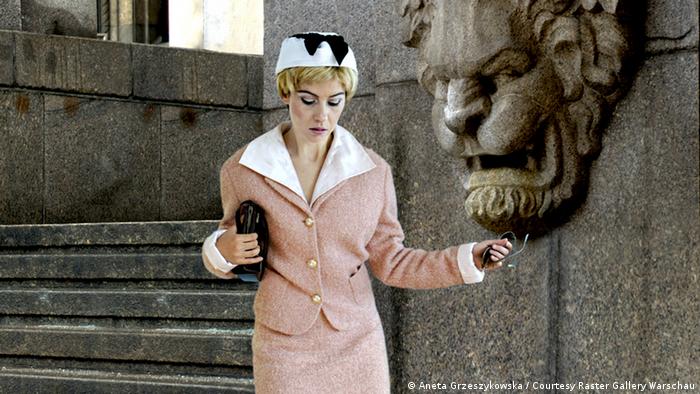 Albrecht Dürer painted copies, as did Lucas Cranach and Pieter Brueghel. Even Degas, van Gogh and Matisse repainted works by other artists. Is that a cause for scandal? Not at all.

New perspective on an old question

The intriguing exhibition "Déjà-vu? The Art of Repetition from Dürer to YouTube" at the Karlsruhe Kunsthalle offers a re-evaluation of the relationship between the original and the copy, according to the Karlsruhe State University of Art and Design, one of the co-initiators of the show.

In the age of copy and paste, the curators aim to sharpen our perception of images. They also want to produce a categorical and comprehensive overview of the role of duplication in the last 700 years of art history. It is not well known plagiarists such as German politician Karl Theodor zu Guttenberg and art forger Wolgang Beltracchi that stand in the foreground of the exhibition, but rather prominent and lesser known artists who employ the works of others. 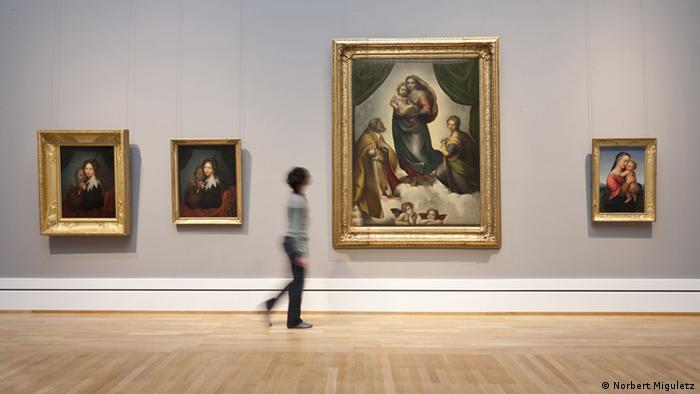 Multiple Madonnas: Visitors to the exhibition must look carefully

Ariane Mensger, chiefly responsible for creating the exhibition, sees a clear dividing line between the terms "copy" and "forgery."

"We understand a 'forgery' to be when a picture is presented with fraudulent intentions as an original," she said. "The principle difference between a forgery and a copy is that a forgery purports to be an original, while a copy merely imitates the original."

Walking through the exhibition space, one thing quickly becomes clear: Copies have always existed. They just weren't always understood at the time as copies. If it was known that works by Dürer or van Gogh were also copies, then the whole concept of the "copy" may well have been reassessed much earlier.

A copy is not a fake

"It was important to us to bring a more positive and differentiated view of the terms 'repetition' and 'copy' to the discussion," said Wolgang Ulrich from the Karlsruhe University of Art and Design. The aim was to inspire the public to no longer view copies as secondary products or as rip-offs associated with plagiarism and forgery.

The example of Vincent van Gogh's painting "Pietà" makes things clearer. During the height of his psychological crisis in 1889, the Dutch painter worked in the Saint Rémy asylum on his own version of Delacroix's "Pietà," which had been painted some 40 years before. 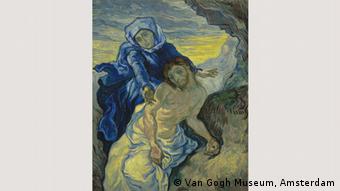 The duplicate, which today hangs in a museum in Rome, is by far the most valuable painting in the Karlsruhe exhibition, said Mensger. The insurance fee for the transportation and four-month display of the work in Germany was as high as the value of all the other works in the exhibition put together.

The "copy," then, is far more valuable than many original works of art and the original by Delacroix is less well known. Nobody has ever considered van Gogh to be an art forger, or an artist who merely copies the work of others. This striking example illustrates the aim of the exhibition: Every picture, including every copy, should be scrutinized.

Van Gogh painted "Pietà" because he was fascinated by Delacroix's work. In a way it was an act of artistic veneration. But copies have been produced for a number of reasons over the centuries. It used to be considered standard practice in art academies to create exact copies of works as part an artist's training. The orientation towards to works of the masters played an important role.

"Up until the 15th century, it was more important to be able to perfectly reproduce images by hand, rather than create new ones," said the curators. Later, following art market demand, artistic masters also produced copies of their most successful works. Three versions of a winter landscape, "Adoration of the King in Snow" by Pieter Brueghel the Younger, are an example of that practice, though in the "original" work the Younger had copied a motif by Pieter Brueghel the Elder. 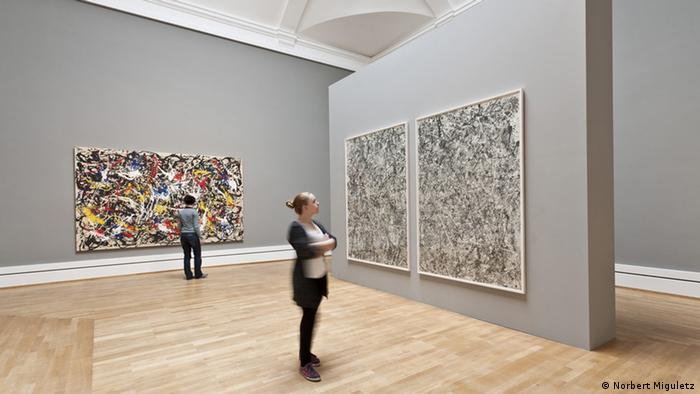 New perspectives: It may look like a Jackson Pollock, but it isn't...

It was only in the Modern period that the original gained the status that we know today. Wolfgang Ulrich explained that in the "dogma of originality, even the religious status of art, the paradigm of the religion of art finds it's expression."

It was not enough "to produce something new, at the same time it had to be made plausible that it was, in at least one respect, a superior precedent. Artists wanted to be more radical or bolder than their predecessors," he added.

From engravings to the Internet

It almost seems as though the exhibition "Déjà-vu? The Art of Repetition from Dürer to YouTube" draws a bold arch - an arch which, after 500 years of art history, has return to the point at which it had previously arrived.

"In Dürer's time, it was the use of copper engravings which made possible the multiplication of works," explained Ariane Mensger. "Today it is the Internet, where images can be copied with the click of a mouse and the digitalization of art is possible.

Wolfgang Ulrich agreed: "YouTube is an Internet platform which allows users to publicize their own creativity." He said that "an incredible democratization of creativity" could be observed in the last few years thanks to digital media and the Internet.

The careful selection of images and sculptures, the academic embedding of the show and the accompanying detailed catalogue are a plea for more precise examination and a more differentiated method of looking at individual images - whether or not they are "copies" or, indeed, "originals."

For Bilbao in the Basque Country, 2012 is a year of celebration. The world-famous Guggenheim museum there is now 15 years old. While some deride it as a symbold of gentrification, the "Guggenheim effect" is undeniable. (23.04.2012)

Paintings by Austrian artist Gustav Klimt are among the most expensive in the world, up there with Picasso and co. During the 150th anniversary of his birth, admirers get a close-up view of his famous Beethoven Frieze. (11.04.2012)