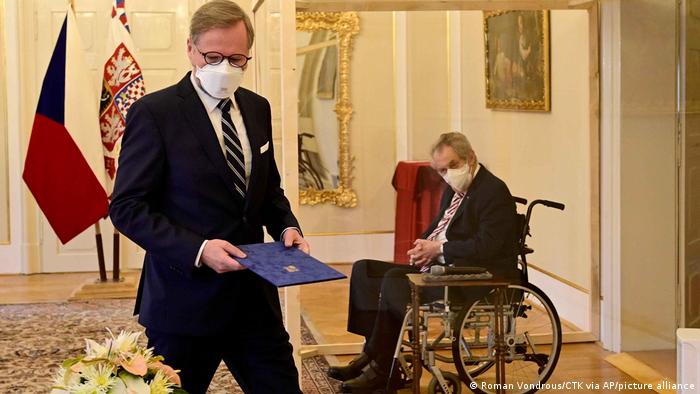 Fiala leads a center-right coalition and was able to oust the outgoing populist Prime Minister Andrej Babis with the support of several left-wing parties.

Zeman left the hospital on Saturday after being treated for health problems. He also recently tested positive for COVID-19 and was thus separated from Fiala by plexiglass during the ceremony at Zeman's residence near the capital, Prague.

"I am convinced we will soon have a strong and stable government," Fiala said at the ceremony.

Parties team up against Babis 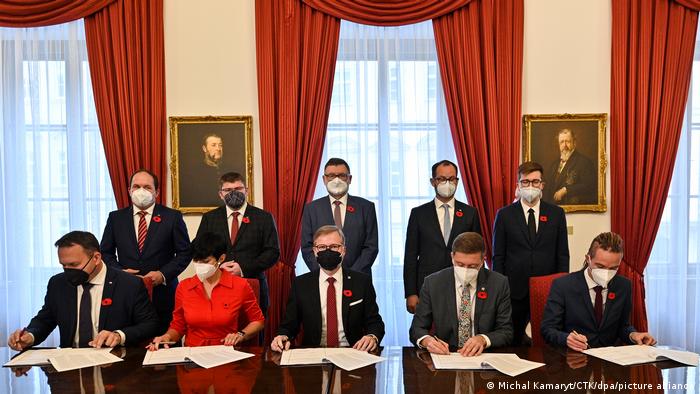 Right-wing, centrist and left-of-center parties teamed up to get rid of the scandal-ridden leader of the ANO movement

The centrist group of the Mayors and Independents and the left-wing Pirate Party joined with Fiala's coalition to remove Babis, who had served as prime minister since 2017.

The president would normally mediate post-election talks, but Zeman's hospitalization — he was being treated for liver problems — forced his absence.

Zeman, 77, was taken to hospital on October 10, a day after the election. He was initially released this past Thursday, with the expectation that he would appoint Fiala the following day. But he was then rushed back to the hospital after testing positive for coronavirus.

The Czech Republic is facing daily record infections of the virus. The outgoing government brought in a raft of new measures on Thursday, including the nighttime closure of restaurants, bars and clubs. It also shut down all Christmas markets.

Many Czech hospitals are already at full capacity, and experts have warned that stricter measures need to be introduced to bring the numbers down.

Not only will the new government have to tackle a record wave of infections, but also soaring inflation and energy costs which have cast a shadow over the country in the run-up to Christmas.

World on alert over omicron variant