Czech centrist and center-right parties have agreed on the structure of a majority coalition government, said Petr Fiala, who is expected to replace Prime Minister Andrej Babis. 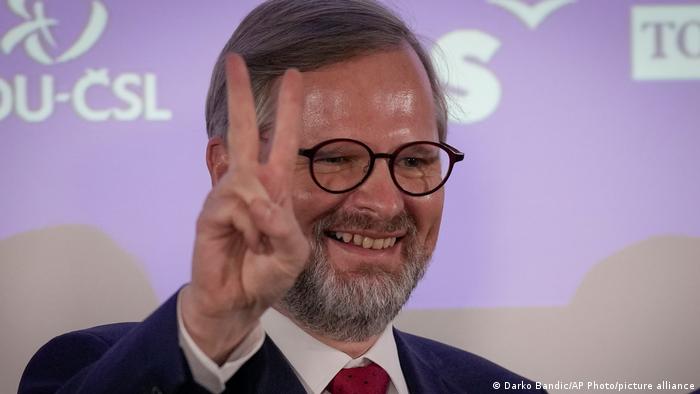 Petr Fiala's coalition Spolu (Together) garnered 27.8% of the vote in the October election

The leader of a Czech center-right party alliance Petr Fiala said late Tuesday that the parties in talks to form the country's next government have reached an agreement.

The centrist and center-right parties are seeking to sign the agreement on a majority coalition government on November 8, Fiala said.

"We have gone through a long, whole day, but also successful negotiations," Fiala said at a televised briefing after talks which lasted more than 12 hours.

Fiala, who is poised to become the next Czech prime minister, said he has a tentatively arranged meeting with President Milos Zeman — once his health condition allows.

Zeman has been hospitalized for nearly a month. The speaker of the Senate said the president was unable to carry out his official duties due to his health. Zeman has been hospitalised since October 10

If the Czech president is unable to perform his duties, his powers are typically assumed by the prime minister and the speakers of both houses of parliament.

The new speaker of the lower house would be the one with the power to select the country's next government and prime minister.

The new parliament is expected to meet on November 8 to elect the speaker and other officials.

The end for Babis?

Populist Prime Minister Andrej Babis is still in office. Babis had hoped to secure another term but was narrowly defeated by the opposition in the October election.

Zeman had previously said he would only give the mandate to a single party and not to a coalition of different political groupings. Before his hospitalization, the president had also invited Babis, an ally, to talk about his chances of continuing in office.

However, it would be up to the new parliament speaker to dismiss Babis' government, after several scandals, and name his successor.