Hundreds of thousands of people in Bangladesh and India were ordered to evacuate as the powerful cyclone made landfall. Dhaka is taking extra precautions to avert a repeat of the 1991 storm that killed 100,000 people. 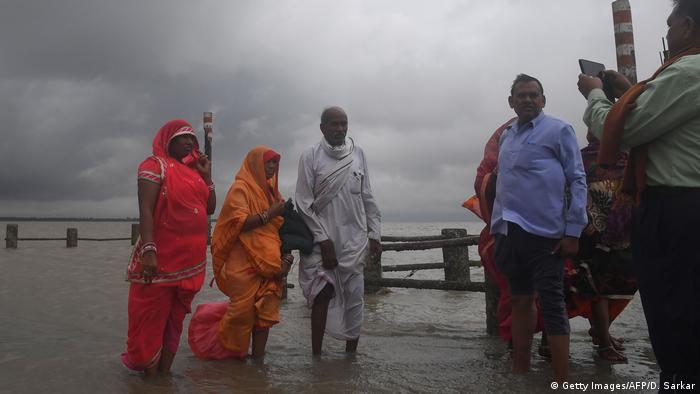 Cyclone Bulbul made landfall on Saturday night in the world's largest mangrove forest between Bangladesh and India.

Over 400,000 people were evacuated from at-risk areas in Bangladesh throughout the day, with over 50,000 volunteers going door to door to move people to safety from areas below sea level. Up to 1.8 million people were expected to be evacuated by Saturday evening.

"More people will be moved to the shelters, and we will hopefully be able to take all vulnerable people to safety," said Enamur Rahman, who serves as Bangladesh's junior minister for disaster management.

In India, officials said that nearly 120,000 people have been moved, with meteorologists saying that the cyclone was likely to weaken from "very severe" to "severe" as it crossed the coast. 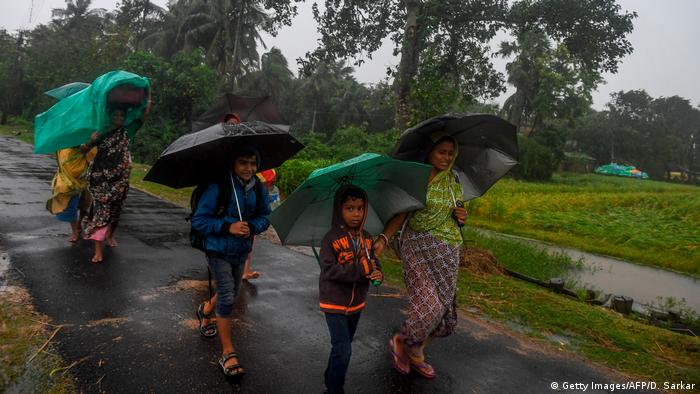 'Gusts across the country'

Meteorologists are expecting parts of Bangladesh's low-lying coastline to be inundated by a storm surge of more than 2 meters (6.6 feet).

"The cyclone will pass through mid-west region, which may bring heavy rainfall or thundershowers accompanied by gusts across the country including Dhaka," said Ashraful Alam, a meteorologist at Bangladesh's weather authority, the Dhaka-based Daily Star reported.

Over the past decade, Bangladeshi authorities have ramped up emergency preparations in response to cyclones after more than 100,000 people were killed and millions more made homeless when a powerful storm struck in 1991.

India also evacuated more than 100,000 people, according to officials.

Read more: What is a 'bomb cyclone?'

'We need to talk about religion and patriarchy': Bangladeshi activist