Before blowing up on social media, the term "bomb cyclone" was used mostly by meteorologists or weather enthusiasts. But what makes this type of winter storm so "explosive" besides the name? DW explains. 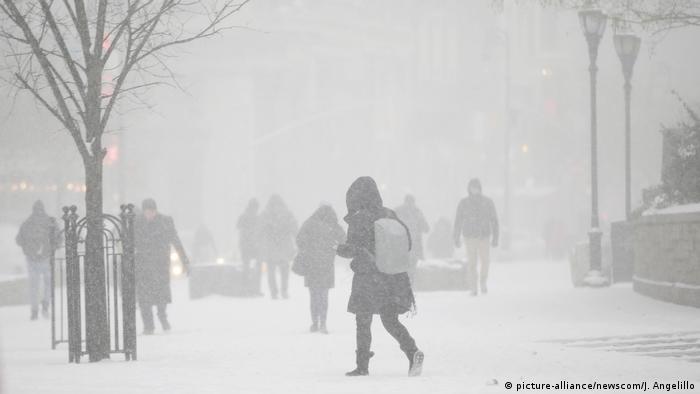 Although the term sounds scary, a "bomb cyclone" is just a shortened version of the technical term bombogenesis.

The term describes large winter storms that result from a rapid plunge in barometric pressure — at least 24 millibars in 24 hours. Such storms bring high winds and fast, heavy snowfall.

These types of storms are formed when cold air from the US mainland meets with warmer air from the Atlantic Ocean. The winds and the Earth's rotation create a spinning effect, hence the "cyclone" moniker.

As for the "bomb" part, the only explosive thing about these storms is their rapid drop in pressure, which determines how powerful a storm will be. 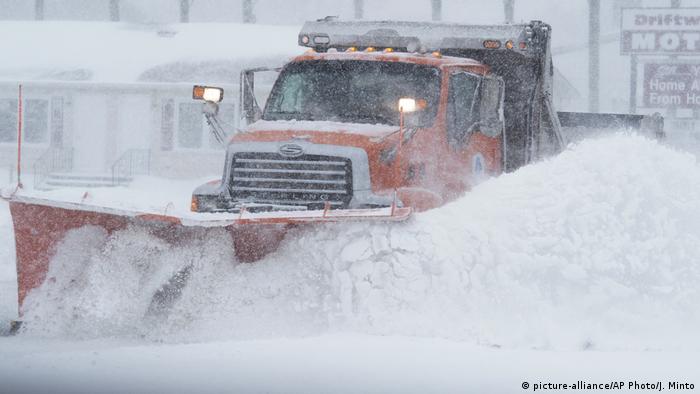 Although people in the path of the storm should watch out for its gusting, freezing winds and quickly falling snow, one of the most dangerous parts of a "bomb cyclone" is what happens after the storm has passed.

"Bomb cyclones" pull in air extra frigid air polar regions after they leave, meaning that people in the path of the storm could experience sub-zero temperatures while dealing with possible power outages.

The term was largely unknown outside of meteorological circles until a few days ago when US newspaper Washington Post used it in a story and it began spreading on social media.

Four years ago, the term "polar vortex" was also popularized in a similar way.

This type of storm is most commonly referred to as a "Nor'easter," the only difference this year is its new nickname.