Violence between rival tribes in Kenya's Tana Delta region has claimed more lives. The killings occurred shortly after the government imposed a curfew. 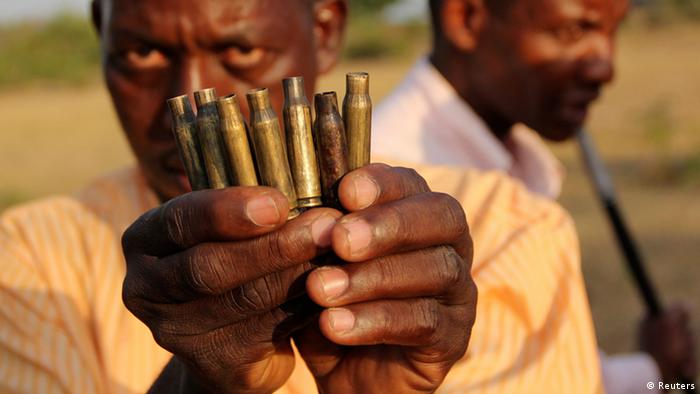 More people were killed early Tuesday in ongoing violence between the rival Pokomo and Orma tribes in Kenya's coastal Tana Delta region. According to the Kenyan Red Cross, the killings of up to four people occurred despite the imposition by the government of a dusk to dawn curfew. The Red Cross said houses had been torched and many people were fleeing. Over a hundred people have been killed during three weeks of violence apparently provoked by disputes over land and water.

Last month Kenya witnessed the worst tribal killings in years, with over fifty people left dead after clashes between the Pokomo farming community and Orma pastoralists. Then on Monday September 10, nearly forty people were killed. According to the Red Cross, "the humanitarian situation is becoming more and more dire."

Kenya Red Cross chief Abbas Gullet is shocked by the extent of the violence and by "the great hatred between people who have lived as neighbors for centuries." 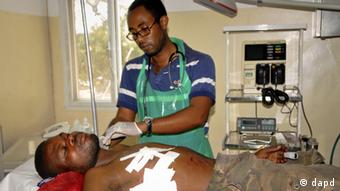 This man is being treated for gunshot wounds

There have been differences of opinion in the past but never to this extent, he said and expressed great concern that "many more people will die, also women and children, if a solution is not found very soon."

Clashes between the Pokomo and the semi-nomadic Orma occur intermittently over access to grazing, farmland and water. Last month's violence broke out after the Pokomo accused the Orma of grazing cattle on their land.

Caleb Khisa is the Program Director with the Friedrich Ebert Foundation in Kenya. He says arguments over land use are not necessarily the cause of the fresh violence.

"For one thing, the Pokomo people had already harvested their agricultural produce and so we cannot say that the fighting is a result of the animals getting to the farms of the Pokomos. 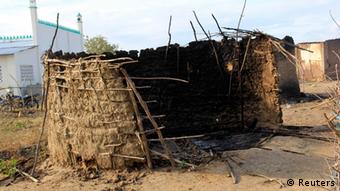 Many houses have been burned down in the attacks

And secondly, there have been negotiations all along, where people from the Orma and the Pokomo would sit together and negotiate, and the Orma were prepared to pay for their animals to use the grazing land," he told DW.

What then is the reason for the latest outbreak of violence? Khisa sees a political dimension. "The problem is the role politicians play in either creating chaos or enhancing stability. And in this case the politicians are playing the role of inciters. They actually incite some of the locals to fight each other. One political leader from the Tana Delta and another from the northern side accuse each other of playing a part in the process and you only have to do some simple adding up and you see that the political hand is there," Khisa said.

In the past, many of the attacks were small scale tit-for-tat raids between ethnic groups in remote regions which generated little attention. But the latest killings have brought back memories of the large scale ethnic violence that erupted in the aftermath of disputed 2007 polls. Kenya is due to hold general elections in March 2013.

Raiders have killed at least 38, injured dozens more and torched 150 houses in a tribal dispute over land and water near Kenya's coast. The last three weeks have seen more than 100 shot, hacked and burnt to death. (10.09.2012)

Riots have rocked Kenya's second-largest city for a second day, again turning deadly. The violence was triggered by the killing of a Muslim cleric accused by the United States of aiding Islamist militants in Somalia. (28.08.2012)

At least 48 people have been killed in clashes between two rival groups in Kenya on Wednesday. The attack was among the worst incidents of violence in the country since post-election unrest in late 2007. (22.08.2012)