With vigorous dexterity and self-confident demeanor, the 26-year-old Chinese won over the piano competition jury — and proved that he can deliver the quiet tones too. 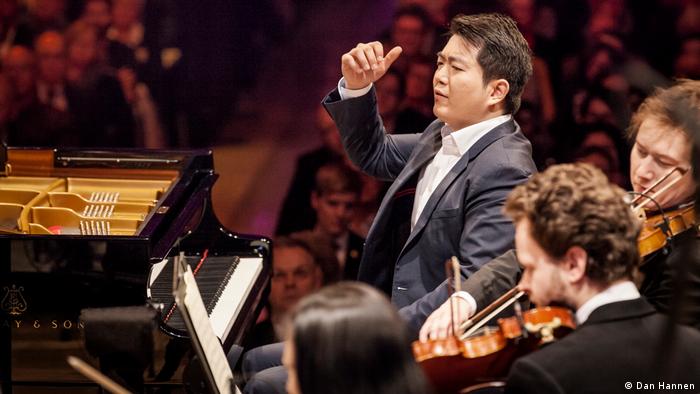 Years ago, Kurt Masur told his countrymen not to neglect music education in Germany, because "Six million Chinese are coming."

The now-deceased German conductor's words were meant not as a threat but as a warning. Now they seem prophetic — but would have been more accurate had he included South Koreans and Japanese.

At the finale of the 8th International Telekom Beethoven Competition on December 14 in Bonn, all three of the prize winners were Asians. That outcome seemed plausible even at the start of the competition ten days before: Of the 23 contestants, 13 came from Asia: South Korea (7), China (3), Japan (2) and Taiwan (1).

Should the future of classical music lie in Asia, it will be literally in good hands, to judge by this piano competition. Three utterly contrasting artistic personalities: Yuto Takezawa, 22, from Japan; Shihyun Lee, 28, from South Korea and the winner of first prize, Cunmo Yin. Together with the Beethoven Orchestra Bonn under the direction of Dirk Kaftan, they gave renditions of piano concertos by Ludwig van Beethoven that could not have been more different.

Yet among the roughly 1,000 visitors at the sold-out Telekom Forum, one could still hear the cliched statement: "Asians cannot properly interpret Beethoven." 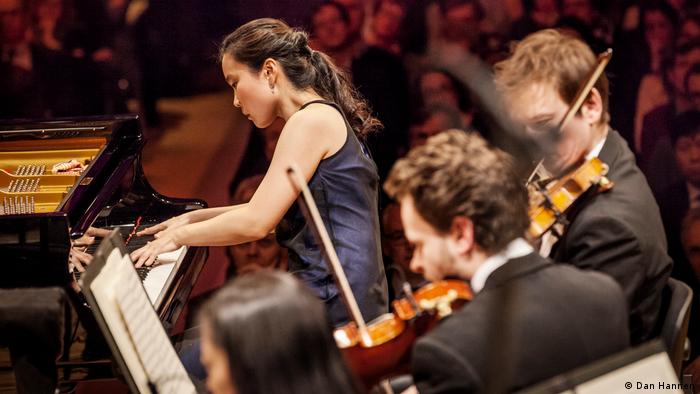 Those visitors might not have been listening closely enough, because it would be hard to render Beethoven's Fifth Piano Concerto with more fantasy, warmth, personality and intelligence than Shihyun Lee did. She was fully immersed in the music, and for this listener, every moment was enjoyable, particularly in the second, quieter movement. "In the score, when the solo part begins, Beethoven writes 'at dusk'", explained Lee, "and I concentrated on that." She missed the notes three times and occasionally rushed ahead of the orchestra. But could those small blemishes detract from such poetry? Apparently they did: Shihyun Lee took "only" the third prize and a cash award of €10,000 ($11,100).

Before the final decision was announced, many in the audience were saying, "The Japanese guy's the one." And Yuto Takezawa actually was far and away the winner of the €3,000 ($3340) audience appreciation award. Playing Beethoven's Piano Concerto No. 4, he proved his mettle as a fully balanced, mature master of the keyboard, at times a bit cool emotionally, but nuanced — and technically impeccable. Those qualities propelled Takezawa to the jury's second place and a cash award of €20,000 ($22,200). 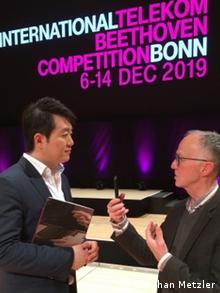 Cunmo Yin, for his part, leaves Bonn with a cash award of €30,000 ($33,300) and the status of victor. This was his first major music competition. "Sometimes during the last ten nights I was dreaming of this or that melody," Yin later said, clearly relieved. But what was he thinking of while playing? "Just playing in sync with the orchestra, having fun and enjoying it. That's the most important thing."

Many in the audience were reminded of Lang Lang. As with his famous countryman, music seems to flow naturally out of Cunmo Yin. Delivering Beethovens Third Concerto with panache, he never forgot that he was being seen in closeups on the big LED screen, and like Lang Lang, his facial expressions and gestures were extravagant and sometimes perhaps a bit contrived.

As an outcome of the competition, the three prize winners already have 40 guaranteed concert engagements ahead. Apart from the jury and audience prizes, others were awarded as well, including the Schumann Prize and the Beethoven House Prize (both went to Yuto Takezawa). 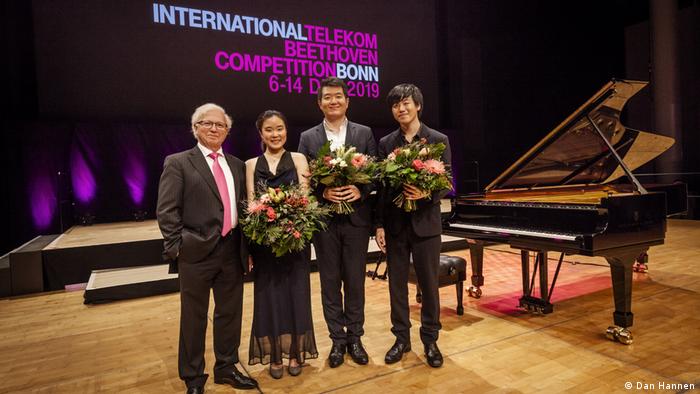 No deliberations, no compromises

At a music competition, two German sayings come to mind: "Comparing apples with pears" and: "You can't argue about taste." In an art form where individuality is the key, how can one in fact compare and rank musicians?

And how can a jury reach a consensus? "We don't talk about it," was the surprising answer by jury member Ilona Schmiel, director of the Tonhalle in Zurich. "That's because as concert organizers, managers or instructors, we have different backgrounds and perspectives. And taste will always figure in of course." No jury discussion, no effort to reach a consensus, no compromises — just points awarded and added up.

Does the strong Asian turnout at the International Telekom Beethoven Competition reflect the current world of classical music – or more accurately, the future? This is, after all, about young musicians. "In the field of piano, yes," said Ilona Schmiel, "but not in other areas." Or perhaps not yet, if one takes a closer look at the excellent basic musical training, the motivation of parents and the self-discipline and enormous ambition of many young people on the continent. 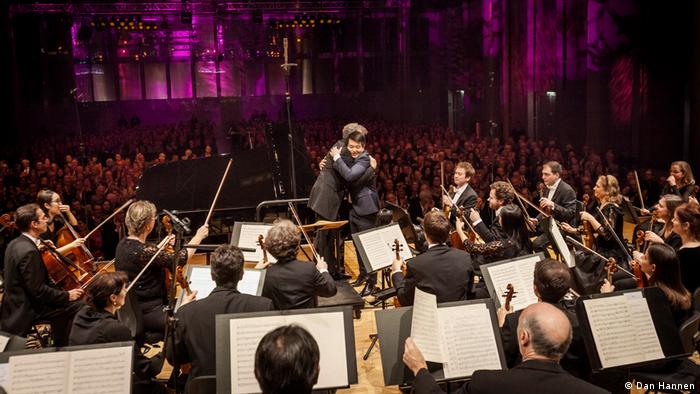 Relief after the performance

After the prizes were awarded, Cunmo Yin sat down at the piano one final time for an encore: two brief Songs Without Words by Felix Mendelssohn. Calm, concentrated, direct, no showmanship: This time he embodied not the great, but rather the intimate artist. And showed that he can do that too.

Art and competition: a clash of cultures? Not at this music competition in Bonn. Four rounds, nine days and many notes later, there will be one main winner — and several more. (09.12.2019)

It was a sensational win for the 20-year-old Italian, who had never before performed with an orchestra. At the ITBCB finale he more than tamed a warhorse of the piano repertory: Beethoven's Fifth Piano Concerto. (13.12.2015)