Cuba's first new train in over 40 years has set off on its maiden voyage. With support from China, the Cuban government hopes to fully restore the Caribbean country's decrepit rail system by the end of 2030. 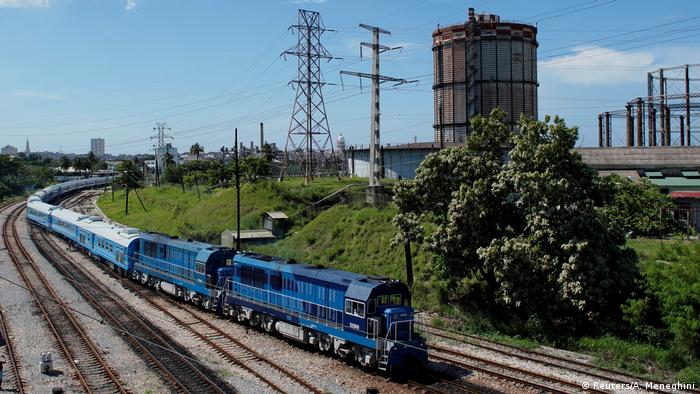 Cuba's first new train cars to run in over four decades pulled out of the capital, Havana, on Saturday to start their 915-kilometer (516-mile), 15-hour maiden journey to Guantanamo on the eastern end of the island.

With broken windows, missing doors and cracked seats, Cuba's trains are in desperate need of an upgrade. The 14 new cars on the route include four with air conditioning and a dining car.

Read more: How to know if you're really a socialist

In May, Cuba received a shipment of 80 shiny blue Chinese-made rail cars as part of the socialist government's rail modernization project, with a total of 250 pieces of Chinese equipment due to arrive by the end of 2019.

The next step will be to repair around 4,200 kilometers (2,600 miles) of track and dozens of dilapidated stations scattered throughout the island. By 2030, Cuba hopes that the restored rail system will be fully functional.

"This is the first step of the transformation of the Cuban railway system," said Eduardo Hernandez, head of the National Railway Company of Cuba said Saturday. 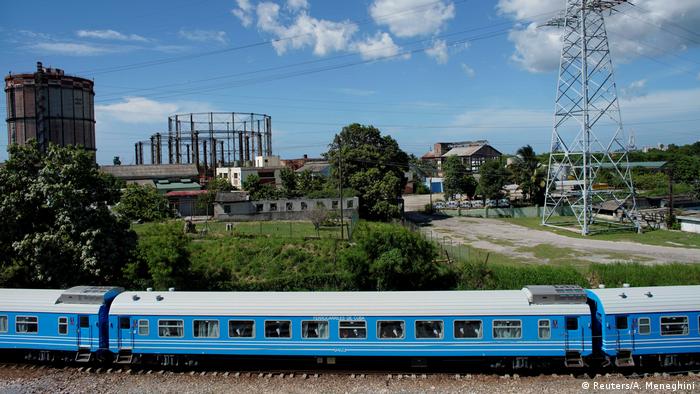 Cuba's railway system was first launched in the 1830s. Today, it suffers from lack of maintenance and new equipment.

Cuba's trains are one of the cheapest forms of long distance travel, but the system is very inefficient. Travel times across the island typically take around 24 hours to make the trip from Havana to Santiago. A car can make the trip in half the time, but is more expensive.

Although the new train cars should cut down the travel time, the new trains cannot run at full speed until the tracks are repaired.

Getting through the COVID-19 crisis has brought its own challenges to Cuba, a country still dogged by a lack of reforms and the US trade embargo. As of reporting, the Carribean country has had around 13,000 coronavirus cases — significantly fewer that the US state of Florida just across the water. Yet, despite lower numbers, its economy is suffering — paving the way for some innovative solutions.

The EU wants to make rail travel more attractive to passengers and companies by the end of the decade. The Connecting Europe Express leaving Lisbon is rolling in the right direction to smooth some bumpy connections.

Coronavirus digest: US to start vaccinating adolescents after BioNTech-Pfizer approval 13.05.2021

The CDC has given a green light to using the BioNTech-Pfizer vaccine in children aged 12 to 15. Meanwhile, Cuba has started inoculating its citizens using two locally produced vaccines. Follow DW for the latest.