The Cuban president has backed Venezuela after the OAS chief recommended sanctioning the struggling Latin American nation. Havana has been excluded from the regional bloc following the overthrow of a US-backed dictator. 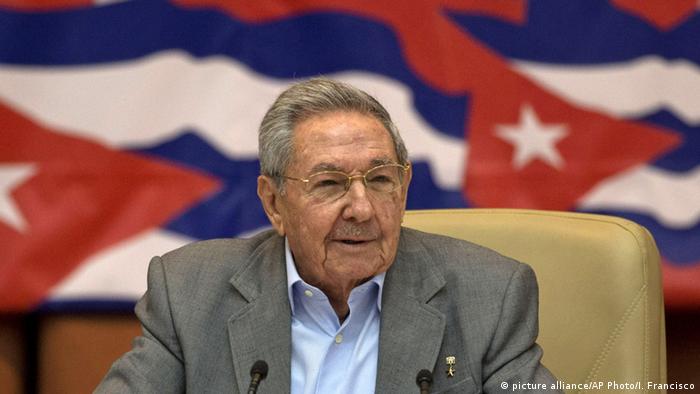 Cuban President Raul Castro on Saturday described the Organization of American States (OAS) as an "instrument of imperialist domination" that will never change.

"Because of that, Cuba will never return," Castro said during a summit of Caribbean countries held in Cuba.

Castro added that Havana would continue to support Caracas after OAS Secretary General Luis Almagro recommended the group apply the "Democratic Charter" against Venezuela, which could lead to diplomatic isolation and commercial sanctions against the struggling Latin American nation.

Cuba extends its "most firm solidarity to our brothers, the Venezuelan people, to the legitimate government of (Venezuelan) President Nicolas Maduro," Castro said.

The OAS excluded Havana in a 1962 resolution reportedly at Washington's direction. The president's brother Fidel Castro led an uprising in the island nation that resulted in the ouster of US-backed dictator Fulgencio Batista in 1959.

However, a 2009 resolution repealed the exclusionary act by the OAS, stipulating that Cuba's participation "will be the result of a process of dialogue initiated" at Havana's request, in accordance with the organization's principles.

Earlier this year, US President Barack Obama visited Cuba, making him the first sitting American president to visit the island in 88 years. In December 2014, both presidents announced they would begin normalizing relations after decades of bitter rivalry.

A turning point in Cuba? Fidel Castro left quietly. And Raul Castro wants to step down in 2018. Bernd Wulffen, former German ambassador to Cuba is certain: The new political generation will be more flexible. (21.04.2016)