A series of alleged health attacks in Havana have soured relations between the US and Cuba. Washington insists that travelers are at risk. Others claim it is all nonsense. 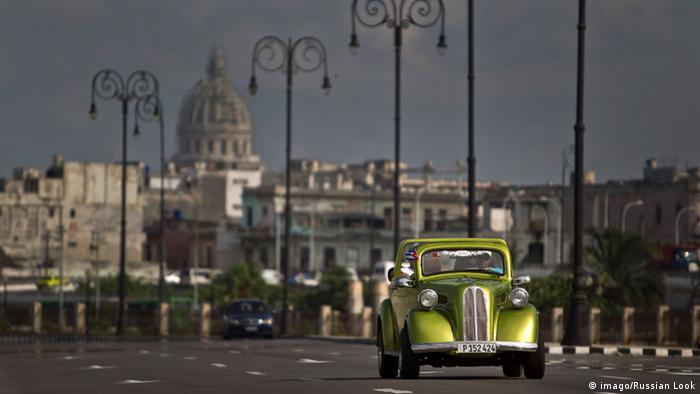 A delegation of US lawmakers traveled to Cuba this week for a bilateral meeting to discuss, among other issues, a series of mysterious sonic health attacks. These attacks are alleged to have affected 21 American embassy staff members and diplomats, stationed at the embassy in Havana, between November 2016 and August 2017.

The puzzling case has strained relations between the two countries, prompting the US to remove almost all of its embassy staff and expel 17 Cuban diplomats from Washington.

The US has blamed the so-called sonic attacks on Cuba, claiming that US embassy workers have not been adequately protected by Cuban authorities, and that information about the perpetrators has been concealed. 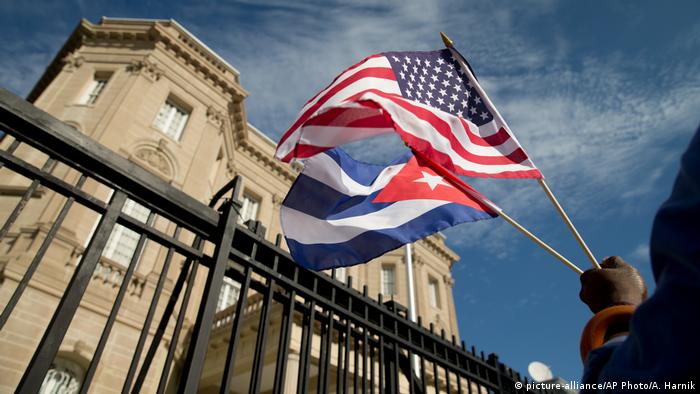 The Cuban embassy in Washington opened in 2015, after more than 50 years of frosty relations stemming from the Cold War

What happened in Havana still remains unclear, even to the US. Back in November 2016, US officials told CNN that US embassy staff had experienced unusual symptoms, "often late at night and sometimes accompanied by sounds similar to insects chirping or metal grinding." It was claimed that the sounds disappeared when people left the rooms that they were in, suggesting some kind of sonic attack.

On January 7, 2018, Senator Marco Rubio said that the purported sonic attacks were "a documented fact." Yet, a day later, the US State Department admitted to not being sure if the health attacks were triggered by sounds, but insisted that there was "an acoustic element to it."

By the end of the month, Washington revealed that since September 2017, 19 American tourists had also reported experiencing symptoms similar to those listed in the travel warning after visiting Cuba. The State Department did not provide any further information about the illnesses, citing reasons of privacy.

US embassy officials in Havana directed DW to a scientific article from the Journal of American Medical Association, from February 14, 2018.  The publication, titled "Neurological Symptoms Among US Diplomats in Cuba," confirmed that "the similarities among the 21 cases merit consideration of a common medical, environmental, or psychological event as the potential cause."

However, the article explicitly cautioned that "a unifying explanation for the symptoms experienced by the US government officials described in this case series remains elusive, and the effect of possible exposure to audible phenomena is unclear." 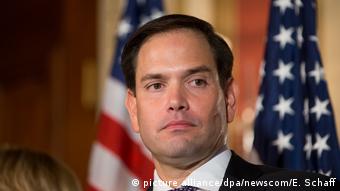 US senator, Marco Rubio, said the sonic attacks were 'a documented fact'

Is tourism on the island at risk?

A different tone is heard across the Atlantic, where many still believe that Cuba is safe for tourists. Enrique Perez, who works for the small German travel agency, travel-to-nature, which runs trips across the region, said that while "Cuba is a totalitarian state," for tourists, "it is a safe country."

"The only thing you have to worry about is not hanging around drunk at 3 in the morning, in a dark alley, with a gold chain or wearing something expensive. But this is also the case in Berlin or Madrid," he said. Perez stressed that the number of Germans, Austrians and Swiss traveling to the island is increasing.

Similarly, Barcelona-based Cubalia tours, says that their business is booming compared with previous years. They pointed out that Spanish tourists have flocked to the island since US-Cuban relations improved. This increase can also be attributed to Spain's economic recovery.

Both travel agencies have followed reports on the sonic attacks, but dismissed their seriousness, stressing that "it is not confirmed." Perez believes that the allegations are irrational. "From the 1990s, tourism has guaranteed the survival of the island. Why would they endanger their only economic engine?" he asked.

Perez alluded to the premise that the health attacks and the subsequent diplomatic escalation are just an excuse for the Trump Administration to reverse the historic change of policy brought in by former president, Barack Obama.

In any case, the travel agent echoes a common response to the allegations, which is the question of what Havana could possibly gain from such a situation. As with the mystery surrounding the health attacks, the answer to this question also remains elusive.

US tourists still flocking to Cuba