Six billion dollars in debt, the collapse of Croatia's largest firm, Agrokor, could bring the new government in Zagreb down with it. The woeful tale highlights the newest EU member's old problem of crony capitalism. 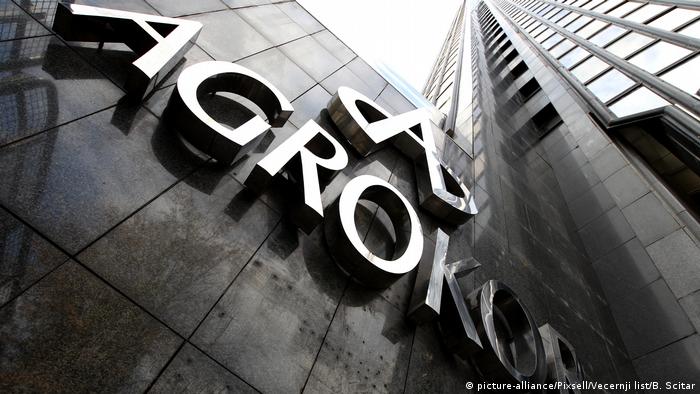 When it was announced in January that Agrokor was on the verge of collapsing under the weight of its huge debts, Croatian Prime Minister Andrej Plenkovic (pictured above) quickly passed a law freeing public moneys to bail out the ailing firm.

Nicknamed 'Lex Agrokor,' the law - subsequently emulated in other Balkan countries where Agrokor is present - set up a form of bankruptcy protection for systemic enterprises. But it also created - or perhaps just reinforced - the sense of business as usual, that political and business insiders were - still - looking after each others' interests.

“To protect the sustainability of business operations in companies of systemic significance for Croatia during financial and business restructuring, the government adopted the current law to establish new financial liquidity. All creditors are invited to report their claims by June 10,” Deputy Prime Minister and Economy Minister Martina Dalic told DW.

It was after all ever thus in the 'old Croatia' - before it joined the EU in 2013 - when easy credit could cover what have now become increasingly public financial problems in the case of the country's most strategically important company.

Agrokor reported revenues of 6.5 billion euros ($7.1 billion) in 2015, equaling about 14.8 percent of Croatia's GDP. To put that into perspective, the City of London represents about the same percentage of UK GDP. 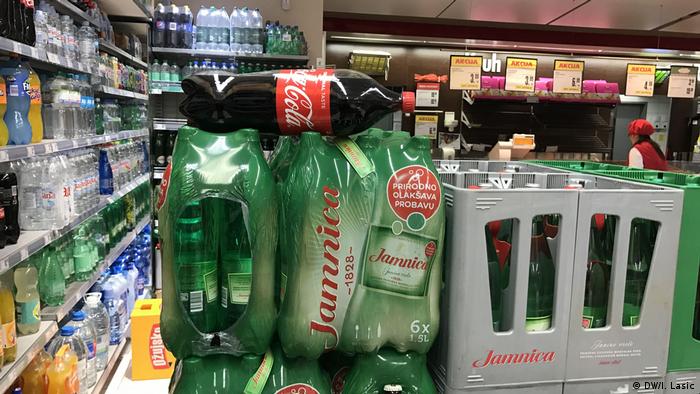 One of Croatia's many units owned by Agrokor

But Plenkovic's move was merely the prelude to a chain of events that have ended up incurring Brussels' wrath, enticed Russian junk bond speculators and lead to the implosion of his coalition last week.

And the underlying problem - Agrokor, its debt and hemorrhaging earnings - remains.

"Governments' reactions across the region to the Agrokor crisis show the company's real strength and influence," says Jan Mus, an expert on south-eastern Europe at the Vistula University in Warsaw.

The firm - which produces, inter alia, meat and dairy products and bottled water, runs a newspaper distribution chain and has eight listed units on the Zagreb Stock Exchange (ZSE) - employs 55,000 in the Balkan region (40,000 in Croatia) and accounts for 2.5 percent of the Balkan nation's total employment.

Its demise is having other effects also, Croatian Postal Bank for example reporting net profit down 89 percent year on year in the first quarter due to provisions for exposure to the Agrokor Group. 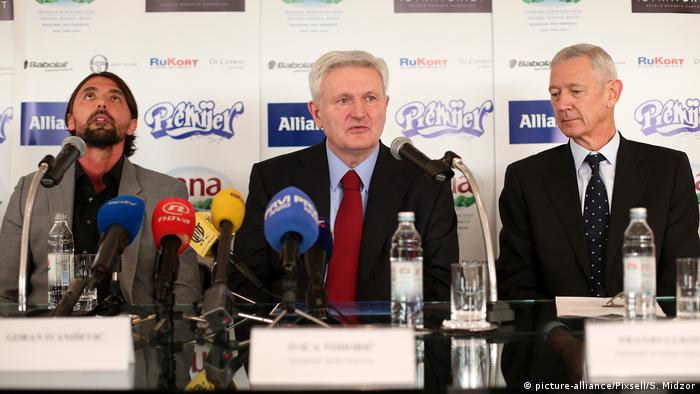 The government - made up of the larger center-right Croatian Democratic Union (HDZ) and Most ("The Bridge"), a loose grouping of anti-corruption parties - announced in March that Agrokor's founder, Ivica Todoric - a 95-percent owner known as "the Boss" - had been responsible for the enfeebled state of the firm. Todoric duly stood down from an operational role and a government-appointed crisis management team took over the company's management, soon after starting settlement talks with creditors, including two Russian banks, Sberbank and VTB.

The new management of Agrokor - which has chosen consulting firm AlixPartners to advise on its restructuring - said on April 2 it had reached an agreement with a group of bank creditors to freeze its debt payments. The crisis manager Ante Ramljak said that creditor banks had agreed to provide Agrokor with 300 million euros of additional credit lines to fund its short-term liquidity needs.

But the bad smell surrounding the company refused to budge and last week the story became one of the credibility of Finance Minister Zdravko Maric, a senior manager in charge of Agrokor's strategy and capital markets until early 2016. Maric survived a vote of no confidence by the skin of his teeth and Plenkovic immediately sacked three ministers from Most, but Croatia's third election in two years could be called after local elections on May 21. 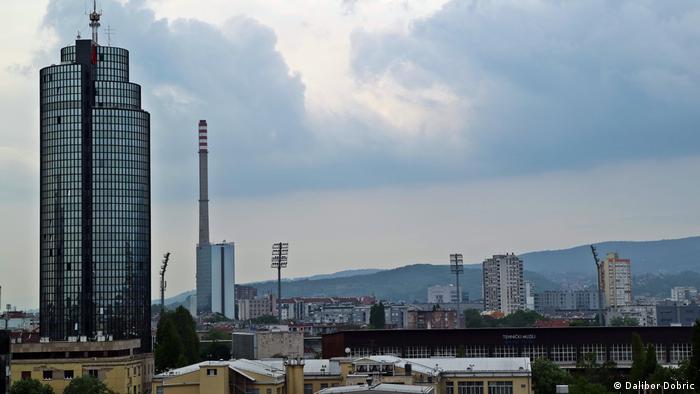 Agrokor - which began as a flower-growing operation in a single greenhouse in Yugoslavia in the 1970s - underwent an expansion drive over the past decade that saw it run up debts to creditors and suppliers of 50 billion kuna (about 6 billion euros).

Moody's is quite upbeat: "In the short run we don't anticipate a complete suspension of business activities, given the importance of Agrokor's domestic supermarket network and other activities, as well as the standstill agreement with creditors," it said in a recent report.

But an earlier Moody's forecast was for Agrokor's adjusted (gross) debt to EBITDA to hit 6x at the end of 2017, or 6.8x including PIKs (payments in kind, see below).

Even in the liquid retail sector and immature markets such as Croatia, this debt-to-EBITDA ratio is dangerously high, placing Agrokor's bonds in 'junk' status.

Furthermore, this still rather dire scenario also assumes that Agrokor will be able to stem the erosion of its EBITDA, which fell by 9.6 percent to 3.02 billion kunas (400 million euros) in the first nine months of 2016.

One banker told Reuters that the PIK was "a time-bomb."

The company tried unsuccesfully - and insiders say somewhat half-heartedly - in 2015 to refinance not only its 1 billion euro equivalent of senior bonds, but also holding company debts and loans held by Mercator.

When Agrokor bought Mercator in 2014 the Slovenian company was in financial troubles and had to cut a restructuring deal for its own 1.1 billion euro debt to make the sale possible. 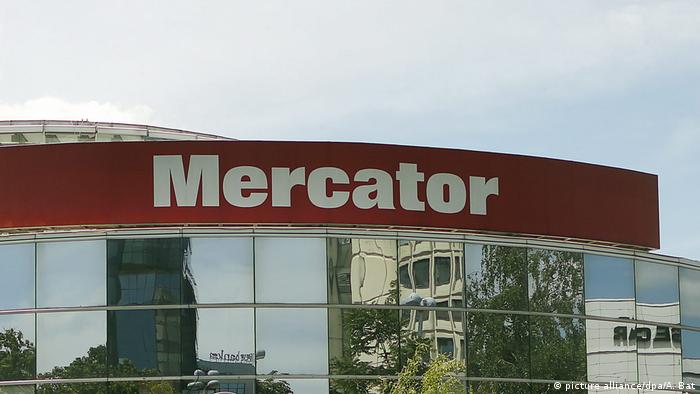 S&P’s rated the company 'CC' in March, one notch above 'Selective Default.' If the company is unable to meet payments on bonds that are imminent - the next is August 1 - it will officially default.

The collapse in Agrokor's bonds means they now yield more than about 20 percent across the capital structure.

This is in fact a decent return for junk bond investors, especially if one takes into account this is a company that has been seen as too big to fail and has been historically so politically well-connected.

"It has become an example of the unclear links between business and politics in the Balkans," Mus says. 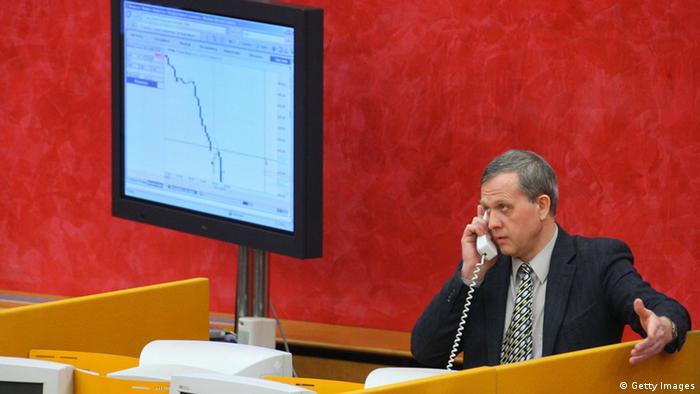 A Russian stock broker speaking on the phone

Between Brussels and Moscow

If the agreement with the banks collapses and the government steps in to provide the 300 million euros in liquidity needed, it would widen the government deficit by around 0.6 percentage points to an estimated 2.8 percent of GDP, from 2.2 percent in the current forecast.

Such support would also have to be in line with EU state aid rules and it is not clear what this might entail.

Meanwhile, trading at about a third of their face value, the company's euro-denominated notes are reportedly an "interesting" proposition for speculators.

Russian investors are reportedly eagerly looking for higher returns in Agrokor's distressed bonds. Sanctions imposed by the US and EU have stopped some of the biggest companies from issuing new debt since 2014, leading a lack of supply. "Agrokor is the new game in town" for Russian investors, Aleksej Gren, a fixed-income analyst at Exotix in London, told the Bloomberg news agency recently.

Plenkovic and Maric both probably know the old-style comfy alliance of business and politics in Croatia is dieing out. But shining light into the dark corners of this opaque world may reveal even more unpalatable truths for these torch-carriers of the brave 'new Croatia.'

Stagnation and recession in Croatia

The European Bank for Reconstruction and Development (16.05.2014)

Preliminary results from Croatia's snap election suggest that both major parties have failed to gain a clear majority. That prospect could lead to months of negotiations to form a government. (11.09.2016)

Croatia's parliament has backed the new country's new conservative government. Prime Minister Andrej Plenkovic said the EU's newest member must focus on the economy and move on from political stalemate. (19.10.2016)