Marchers at Zagreb Pride faced "fascist violence" for the first time in a decade, organizers said. They accused two lawmakers of inciting hatred against the LGBTQ community. 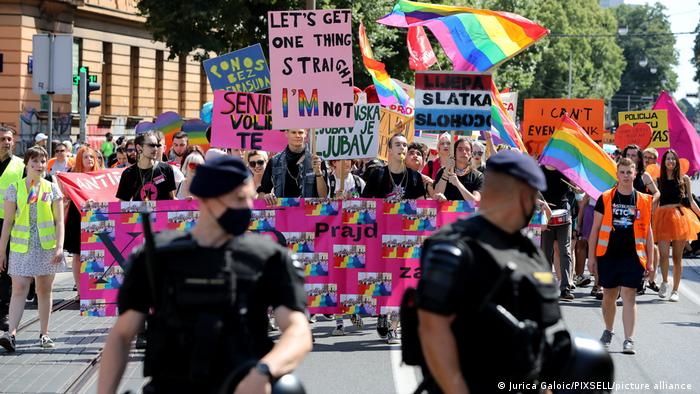 Violence broke out in the Croatian capital over the weekend as assailants attacked participants of the LGBT+ Pride march, organizers said Sunday.

"For the first time in ten years, on the day of the Pride Parade of the LGBTIQ community, Zagreb Pride, there was an outbreak of homophobic fascist violence," the Zagreb Pride organization said in a statement.

What do we know about the violence?

The attackers hit and spat on some people, verbally abused others and burned an LGBT+ rainbow flag, Zagreb Pride organizers cited police as saying.

Zagreb Pride reported multiple incidents of attackers identifying their victims by the rainbow flag. The attacks took place during and after the Saturday march.

Police have arrested several people, according to the AP news agency.

"We expect the police to conduct a thorough investigation and treat all the incidents as hate crimes over sexual orientation, and not as violations of public orders,'' Zagreb Pride's Franko Dota told state broadcaster HRT. 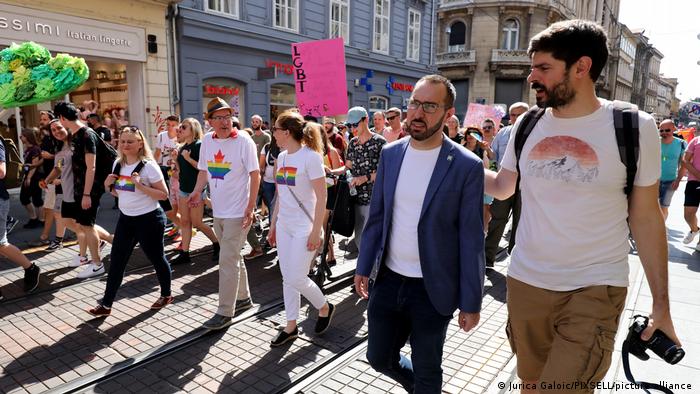 Zagreb Pride has accused two lawmakers, Nikola Grmoja and Bozo Petrov from the center-right Bridge party, of inciting the attacks.

How have the lawmakers responded?

Both lawmakers denied the accusation and separately announced that they would take legal action against Zagreb Pride for "false allegations."

Petrov said he had condemned violence throughout his career, and that his stance on violent behavior was "not questionable at all."

The two politicians said they had been under attack over their opinions about what their children are taught about homosexuality.

"It's about the obvious effort to introduce censorship in a way to equate any criticism of LGBT policies and activist goals with hate and calling for violence," Grmoja said on Facebook.

"Since I broached the subject of early sexualization of children, LGBT propaganda and pedophilia in the Croatian society, I have received more threats and insults than ever in my life," Grmoja added.

How conservative is Croatia?

Croatia, which joined the European Union in 2013, has seen a rise in conservative attitudes, including  opposition to abortion in the predominantly Catholic nation. The Catholic Church has grown powerful in the Balkan country since Croatia declared its independence from the now-defunct socialist Yugoslavia in 1991.

In 2019, Croatia's top court ruled that same-sex couples, who do not have the right to adopt, could become foster parents.

Same-sex couples can enter into legal partnerships, but almost two-thirds of Croatians voted against gay marriage in a 2013 referendum.