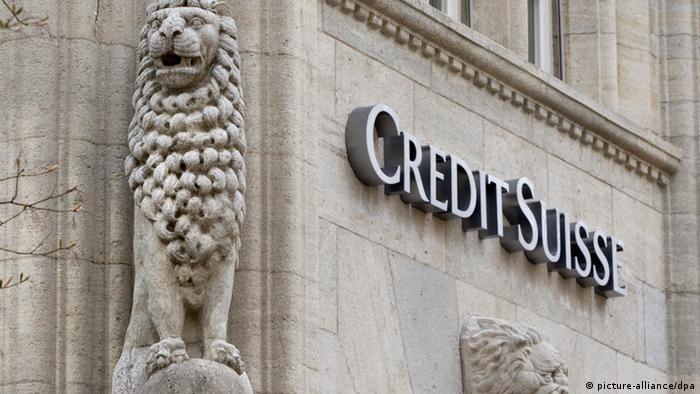 Swiss bank Credit Suisse has been dragged into yet more tax evasion and money laundering investigations, after a tip-off to Dutch prosecutors about 55,000 suspect accounts triggered raids in five countries.

While prosecutors did not name the bank, Swiss banking giant Credit Suisse said that its offices in Amsterdam, London and Paris had been "visited" on Thursday as part of investigations into clients' tax matters.

"The undeclared assets hidden within offshore accounts and policies are estimated in the millions of euros," Eurojust said. It added that questioning of witnesses was continuing, that more actions were expected in coming weeks, and that international cooperation "will be intensified."

Dutch fiscal investigators arrested two suspects. They seized "administrative records as well as the contents of bank accounts, immovable properties, and jewellery, an expensive car, expensive paintings and a gold bar," prosecutors said. "In the next few weeks, more operations will be carried out," the Dutch prosecutors announced.

Similar operations in Britain, France, Germany and Australia all focused on clients who "deposited their money in the same Swiss bank", according to FIOD.

Britain's tax authority said it had launched a tax-evasion and money-laundering probe against an international financial institution, some of its senior employees and a number of its customers.

"The international reach of this investigation sends a clear message that there is no hiding place for those seeking to evade tax," Her Majesty's Revenue & Customs said in a statement. Would-be tax cheats "need to wake up to reality and accept that attempting to hide wealth overseas, or within institutions, doesn't work."

France's financial prosecution office said that about 25 customs investigators had carried out searches and questioned people across the country as part of an internationally coordinated investigation. The probe had revealed "several thousand" bank accounts opened in Switzerland and not declared to French tax authorities, the office said, also without naming any financial institution.

German prosecutors confirmed they were involved in the investigation and cooperating with authorities in other countries. "We have launched an investigation against clients of a bank," said a spokesman for the prosecutor's office in Cologne, declining to identify the lender.

"We are cooperating with authorities," Credit Suisse said in a statement from Zurich. The bank stressed that it has been complying with Dutch, French and British tax rules, and that it has severed its ties with clients who do not pay their taxes.

The office of the Swiss attorney general criticized the fact that other countries had made a conscious decision not to inform Switzerland about the probe, and demanded a written explanation from Dutch officials in particular over the lack of cooperation, according to Swiss news agency ATS.

The coordinated probe comes as Credit Suisse rolls out its new Automatic Exchange of Information programme designed to share taxpayer information with relevant global authorities as part of a wider Swiss crackdown on money laundering and secretive banking.

Credit Suisse has previously been in the crosshairs of tax officials. US regulators fined the bank $2.6 billion (2.4 billion euros) in 2014 for helping Americans evade taxes.

Switzerland has begun online publication of names of foreigners and foreign firms wanted in tax probes by their countries of origin, including Germany. American citizens are identified only by their initials. (25.05.2015)

Major US and European banks have been fined for forming cartels and rigging interest rates. The European Commission said the "economy needs a healthy, transparent, well-functioning financial sector." (21.10.2014)

More than 100,000 people rallied, a day before the opposition's deadline for strongman Alexander Lukashenko to resign. Police used stun grenades against protesters and reports say more than 120 people were arrested.

Police in Britain are investigating an incident aboard a ship in the English Channel. A Libyan-registered oil tanker was due to dock in Southampton but is now surrounded by an exclusion zone, according to UK media.