Scientists in Germany believe they may have worked out a way to prevent vector-based vaccines from causing rare blood clots. 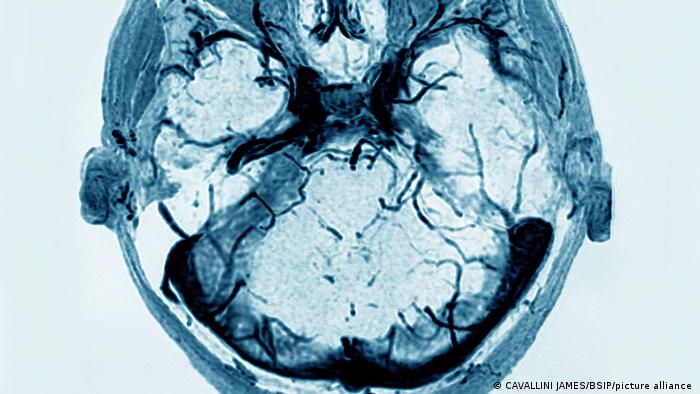 German scientists believe they have worked out why vector-based vaccines like AstraZeneca and Johnson & Johnson's Janssen cause a rare type of blood clot in some people. And they think they know how to adapt the vaccine to prevent the blood clots from occurring.

Cerebral venous sinus thrombosis (CVST) and splanchnic vein thrombosis (SVT) arising after vaccination have both been associated with thrombocytopenia, a condition where a person has a low blood platelet count.

In a preprint that is yet to be peer-reviewed, the team at Goethe University in Frankfurt said that while scientists have proposed a mechanism to explain vaccine-induced thrombocytopenia, so far there has not been a satisfactory explanation for the blood clots.

It starts with the delivery of the gene for the Sars-CoV-2 spike protein. In vector-based vaccines, this is delivered via an adenoviral system, the scientists write.

The SARS-CoV-2 spike gene is then transcribed inside of the nucleus and subsequently exported as mRNA out of the nucleus. Arriving in the cytosol (the liquid contained in cells), the mRNA is again translated into the spike protein.

"And exactly here lies the problem," the scientists write. "The viral piece of DNA — deriving from an RNA virus — is not optimized to be transcribed inside of the nucleus."

In the nucleus, splicing of the spike protein can occur at splice sites.

"But these sites are there by chance because RNA genes are not optimized for gene transcription inside the nucleus," Rolf Marschalek, one of the study authors and a professor at Goethe University, told DW.

"This is the start of the story," said Marschalek "These unintended splice events are destroying the reading frame, resulting then in aberrant proteins being made in the cytosol."

Citing previous research from Greifswald University and a preprint Ulm University, Marschalek said that the scientists think it is a complex mechanism that leads to the rare blood clots.

Vaccine could be improved

Marschalek said the vector-based vaccine could be slightly modified to create a splice-safe spike gene which will not allow the production of abnormal proteins.

The scientists are already talking to Johnson & Johnson but are yet to hear from AstraZeneca.