A herb touted by Madagascar's government as healing coronavirus is undergoing tests by a group of international researchers. The WHO warns, however, that there are no scientific studies yet that prove Artemisia works. 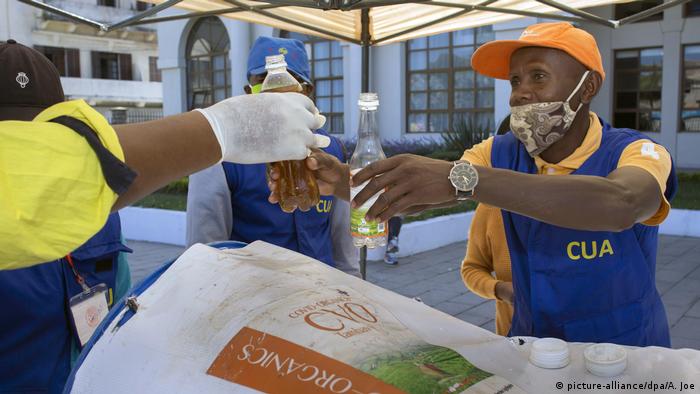 Scientists at Germany's Max Planck Institute of Colloids and Interfaces in Potsdam are among a group of researchers from Germany and Denmark collaborating with the US company ArtemiLife to explore whether the Artemisia plant can be used against the novel coronavirus.

"It is one of the first studies in which scientists are investigating the function of these plant substances in connection with COVID-19," the head of the study, Peter Seeberger, told DW.

The cell study will use test extracts from the Artemisia annua plant, also known as sweet wormwood, as well as derivatives isolated from the plant such as artemisinin.

An Artemisia compound has long been used as treatment for malaria.

It's not the first malaria treatment to gain attention in the search for a treatment against COVID-19 – the malaria drug hydroxychloroquine has also been hyped in recent months,

despite little data supporting its effectiveness against coronavirus infection.

Algerian researchers had tested the effectiveness of malaria drugs against SARS-CoV-2 in April. Their study proved that artemisinin was more effective than hydroxychloroquine. Some scientists had considered the drug as a possible ingredient against COVID-19, but later discovered that it increases the mortality rate.

Scientists at the Max Planck Institute in Potsdam are now focusing on the question of whether extracts from Artemisia can actually be used to combat the novel coronavirus.

Artemisia has also been trialed "quite successfully" against diseases other than malaria, says Seeberger. Studies found the Artemisia extract was effective in inhibiting the first SARS coronavirus (SARS-CoV) that surfaced in Asia in 2002, causing a respiratory illness.

The scientists expect results by the end of May at the latest. If Artemisia is found to be effective in these trials, further tests including clinical studies on humans, would still need to take place.

"But even if the hopes for a drug based on the active ingredient against COVID-19 end in a disappointment, it would be a gain," says Seeberger, "above all, it would bring clarity."

At the end of April, Madagascar's President Andry Rajoelina touted a potion containing an Artemisia extract and other herbs as a "miracle cure" for the coronavirus.

Since then, media in Africa have plugged the drink's potential, and several African countries have placed orders for the herbal tonic, sold under the name COVID Organics. 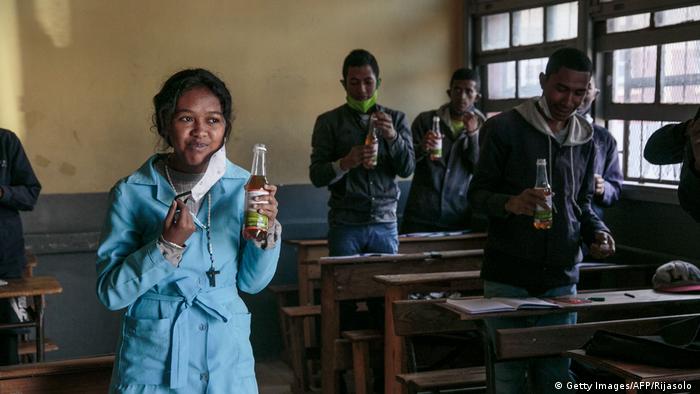 The director of Malagasy IMRA research institute, Charles Andrianjara, spoke vaguely of "tests on some people" when contacted by DW for details of any scientific studies on the potion, and referred to many years of experience with the concoction.

He was unable to cite any specific research proving the herbal drink's ability to either prevent or treat COVID-19.

It's also difficult for other scientists to test the potion as its formula is a secret - in his conversation with DW, Andrianjara said he couldn't reveal its make-up to protect intellectual property rights.

WHO warns against untested remedies

The World Health Organization, however, warns on its website that there is "no evidence to suggest that COVID-19 can be prevented or treated with products made from Artemisia-based plant material."

While it's possible new treatments might come from traditional medicines, says Michel Yao from the WHO Regional Office for Africa, people should refrain from using untested remedies for coronavirus.

"There is no evidence. We do not know how these traditional medicines, which are recommended by countries or authorities, are actually effective and whether they are harmless to human health," he told DW.

Helen Rees, executive director of Wits Reproductive Health and HIV Institute at the University of Witwatersrand in Johannesburg, agrees.

Rees points out that there's been growing interest in traditional medicine in the last 10 to 20 years, but "you have to be able to demonstrate the safety and effectiveness in a clinical study." 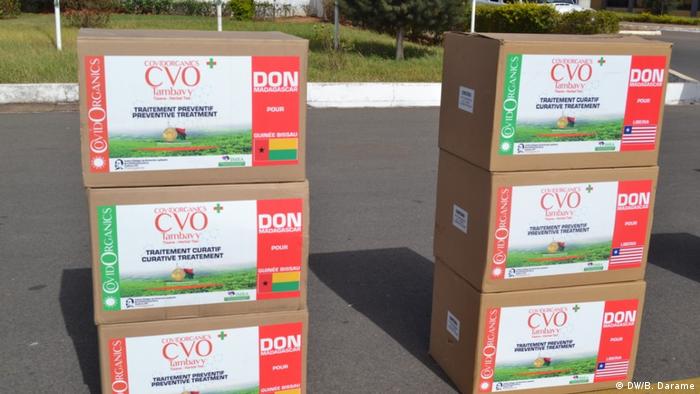 While some African countries, such as Tanzania, Togo and Chad have reportedly ordered the potion, others – like Nigeria – are being more cautious.

Nigeria's COVID-19 coordinator Sani Aliyu said this week at a briefing that any potential COVID-19 drug would be subjected to "stringent" evaluation, according to the Nigerian newspaper Punch.

"I want to start briefly with the Madagascar cure because it has been in the press recently," Aliya was quoted as saying. "As directed by Mr President, I want to state again that any medication coming into the country whether it's a herbal cure or concoction or normal drug has to be subjected to the regulatory process."

Benefits of a homegrown solution

Madagascar's President Rajoelina continues to defend COVID Organics against criticism. In an interview with French radio stations on Monday, he said the world doesn't want to admit "a country like Madagascar developed this formula to save the world."

Peter Seeberger believes that Madagascar could benefit if the Artemesia extracts prove effective in the Max Planck study and subsequent clinical tests.

"Already today, around 10% of the artemisinin requirement for malaria drugs is produced in Madagascar," said Seeberger.

It could, therefore, be attractive for Madagascar to produce more of the extract locally.

Opinion: Magufuli's COVID-19 apathy is a recipe for disaster

Tanzanian President John Magufuli's latest attack on the country's laboratory technicians will further hamper efforts to fight COVID-19 if he is not reined in, writes DW's Isaac Mugabi. It's time for the region to act. (04.05.2020)

Coronavirus in Africa: How deadly could COVID-19 become?

In the face of catastrophic coronavirus death toll predictions, African governments are looking at a number of strategies to mitigate the risk and combat the unique challenges facing the continent. (24.04.2020)

Africa's number of coronavirus infections is rising, and with it the fear of a catastrophe. But the continent has a vast knowledge in dealing with infectious diseases that could help stem the spread of COVID-19. (27.04.2020)