COVID-19: Lack of regional coordination could lead to more deaths in Africa 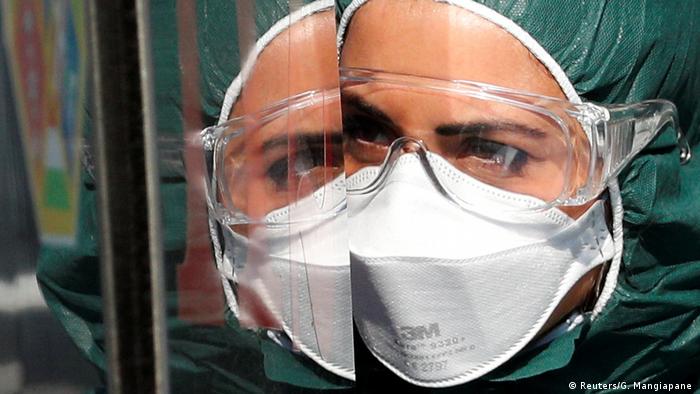 The number of coronavirus cases in Africa is on the rise, despite many countries enforcing measures recommended by the World Health Organization (WHO) — such as wearing personal protective equipment (PPE), following hygiene protocols and practicing "social distancing."

A lack of coordination on a regional level could hamper those efforts and lead to more deaths. WHO has already warned that up to 190,000 people across Africa could die from the coronavirus in 2020 if countries fail to abide by its guidelines.

Since early March, when the initial coronavirus cases were reported on the African continent, regional economic blocs have been sluggish to impose measures that would probably have flattened the COVID-19 curve.

Rwanda's president, Paul Kagame, and the East African Community (EAC) chairperson during a May 12 virtual conference rallied their regional counterparts to cooperate in order to slow down the spread of COVID-19.

"So long as any member of our community is vulnerable, we are all at risk," Kagame said. "Therefore, we must work very closely together in the months ahead, to face this challenge as a community of partners."

"We need to work for our people, and if we can't work together, the six of us, and have things moving, it doesn't mean that two, three, four shouldn't work, in these circumstances, to deal with the problems that we have to deal with," Kagame said.

"Tanzania has taken a more nationalistic strategy by ignoring WHO guidelines," he told DW.

"The paradox is that we are hearing that many Tanzanians are affected by COVID-19 despite economic indicators showing that it will be one of the few countries that will have GDP growth 2020."

On the other hand, Nkurunziza is busy with elections as cases in his country continue to soar. On May 14, Burundi expelled WHO representatives and declared them persona non grata.

"We don't have the luxury ofkicking out the WHO," he told reporters. "This war has to be won in a coordinated fashion,and coordination is key. We're in dire need of expertise […] we encourage countries to do the right thing."

On the west coast, the situation is not any different. During a virtual conference, Ghanaian President Nana Akufo-Addo told national leaders from the Economic Community for West African States (ECOWAS) that Ghana had decided to close borders with neighboring countries to stop imported cases.

"I think it's very important that we tailor a specific Ghanaian, response to the handling of this pandemic, and not necessarily copy blindly the methods that are being adopted by countries to the north of us and elsewhere," Akufo-Addo told the leaders.

But Alex Vines thinks "that there's need to have a common understanding of regional travel, especially that we are still at the beginning of the COVID-19 trajectory."

Regardless, in a joint communique, ECOWAS leaders reaffirmed their commitment to push for collective and coordinated efforts in the determined fight against COVID-19 and to take the appropriate measures to contain the impact and revive the economies.

Ghana has confirmed 4,700 positive cases, and 22 people have died of coronavirus-related causes the highest so far in the region. Another 494 have recovered.

Countries such as Guinea Bissau, Equatorial Guinea, and Liberia have already imported Madagascar's "miracle herb" Artemisia that has been touted to heal Coronavirus.

Togo and Chad have reportedly ordered the potion, others — such as Nigeria —are being more cautious.

However, WHO warned on its website that there is "no evidence to suggest that COVID-19 can be prevented or treated with products made from Artemisia-based plant material."

In southern Africa, the situation in Zimbabwe remains dire for health workers who are not given personal protective equipment (PPE) when dealing with patients showing coronavirus symptoms.

Zimbabwe is in the grip of its worst economic crisis in a decade, marked by shortages of foreign currency, cash, food, and medicines. 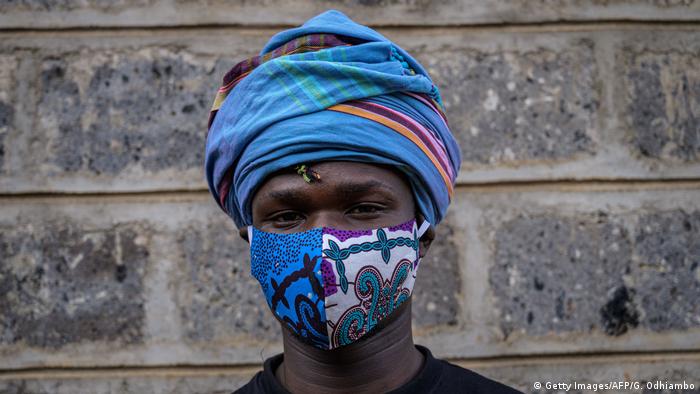 At a recent virtual meeting of countries neighboring South Africa, President Cyril Ramaphosa acknowledged that one of the biggest challenges the continent faces is access to personal protective equipment.

"I have also engaged with the leaders of various countries, such as Cuba, China, Russia, France, Canada, and the United States, to ask for support for the continent."

According to Vines, "African agencies have been pushing the Chinese to moderate their position, and the Chinese have agreed that they will synchronize their approach to debt relief with the Paris club for creditors. This approach is new and has not happened before."

The African Union and its Center for Disease Control and Prevention (ACDC) have been quite effective in advising on what standards are ethical and work very closely with WHO.

"There have been several AU initiatives that are pushing for immediate debt relief," said Vines.

Vines also thinks that some economies are too weak to follow specific routes. If you look at SADC countries, there's been different responses from Botswana, Angola, Mozambique, and Zimbabwe.

"For example, a country like Mozambique cannot afford to impose a lockdown the way South Africa did."

There debates on how the disease will impact the continent are still ongoing, but the generosity of the international community to share information is going to be crucial.

However, African countries must avoid being squeezed by the geopolitical rivalry between the US and China about COVID-19, according to Vines.

It should be noted that the virus has spread quickly on the continent over the last weeks, with infections topping 75,543 by May 14, while more than 2,500 patients have lost their lives, according to the latest figures from Africa Center for Disease Control.

People who still wear masks in Spain do so voluntarily. But doctors warn that ditching the most basic pandemic protective measure is premature. Infection rates in Spain are rising significantly. Public health workers worry that the next wave is building.