Former CIA director David Petraeus has been sentenced to two years probation for sharing military secrets, after a plea deal. The ex-four-star army general's career was ruined when details of his affair came to light. 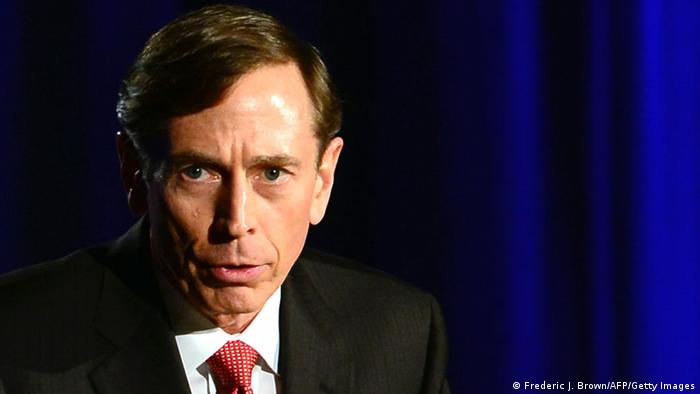 A federal court in Charlotte, North Carolina, sentenced Petraeus to two years probation and a $100,000 fine (93,000 euro) for giving classified material to his biographer and former lover Paula Broadwell.

Petraeus' appearance at the sentencing came some two months after he agreed to plead guilty to a misdemeanor count of unauthorized removal and retention of secret documents.

The plea agreement had carried with it the possibility that Petraeus might be sentenced to up to a year in prison. In court, prosecutors had recommended the two-year probation term and a lower fine of $40,000. However, the judge was not bound by this and raised the amount, saying that it needed to be more punitive.

"This is a serious criminal offense," said Prosecutor James Melindres. "He was entrusted with the nation's most classified secrets. The defendant betrayed that trust."

Melindres said Petraeus had compounded that trust by "lying to the FBI."

Prosecutors said Petraeus had given Broadwell eight binders of classified material while she was writing her book in 2011. Petraeus, the prosecution contended, had improperly kept the material from his time as the top military commander in Afghanistan. He later took the documents home.

Among the information in the "black books" were said to be names of covert operatives, the coalition war strategy and notes about the ex-general's discussions with President Barack Obama and the National Security Council.

The binders were seized by the FBI in an April 2013 search of Petraeus' home in Arlington, Virginia. He had kept them in the unlocked drawer of a desk in his ground-floor study, the prosecution said.

Petraeus admitted to having an affair with Broadwell when he resigned as CIA director in November 2012. Broadwell's flattering biography of him had been released earlier in 2012.

As well as having been the top US commander in Afghanistan, Petraeus was also in charge of American forces in Iraq. His time there coincided with the so-called "surge" of American forces, which helped Sunni tribes to retake insurgent-controlled areas.