The US president diverted funds donated by veterans to his personal charity to support his 2016 election campaign. He used the money, among other things, to pay for a 1.8-meter-high portrait of himself. 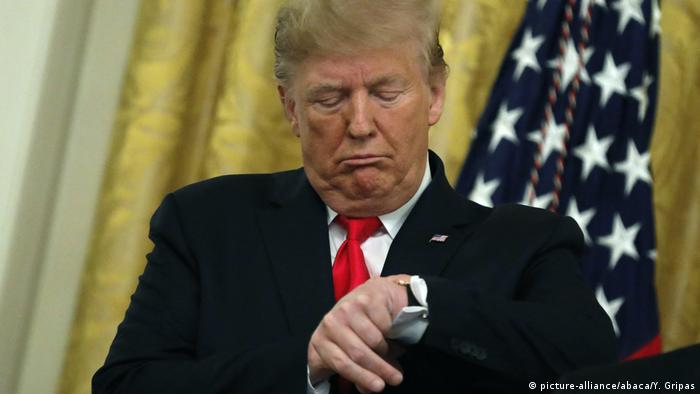 US President Donald Trump was ordered to pay $2 million (€1.8 million) to several charities after he misused his own charity foundation to further business and political interests.

During the run-up to the 2016 Iowa caucuses, Trump allowed his presidential campaign staff to coordinate with his charity in holding a fundraiser for veterans.

He used $10,000 of the money raised to pay for a 1.8-meter-tall painting of himself, among other things.

The ruling came at the end of a 21-month probe by the New York attorney general's office.

In addition to the fine, three of Trump's children — Donald Jr., Eric and Ivanka — were ordered to attend mandatory training on the duties of charity officials.

Trump will also be restricted on any further charitable activities.

The $2 million fine will be paid to eight different charities, including  Citymeals on Wheels, the United Negro College Fund and the US Holocaust Memorial Museum.

Trump reacts to the ruling

The current New York attorney general, Letitia James, called the ruling by the court "a major victory in our efforts to protect charitable assets and hold accountable those who would abuse charities for personal gain."

President Trump responded to the ruling in a tweet, saying the foundation was an "incredibly effective philanthropy" that had made "some small technical violations."

He also criticized James for "deliberately mischaracterizing this settlement for political purposes."