Europe's human rights court has ordered Italy to pay damages to 24 Somali and Eritrean migrants for deporting them to Libya in 2009, saying the government in Rome put the migrants at risk of torture and persecution. 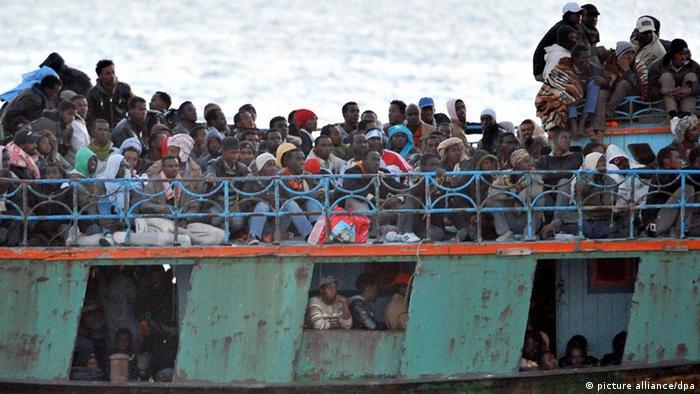 The European Court of Human Rights on Thursday ordered Italy to pay thousands of euros to two dozen immigrants it deported to Libya in 2009, saying it exposed them to the risk of ill treatment, including torture.

Italian authorities intercepted 11 Somalis and 13 Eritreans in the Mediterranean Sea in May 2009 when the migrants were trying to get to the Italian island of Lampedusa from Libya.

The deportations were made as part of a bilateral deal between Rome and the regime of then-leader Moammar Gadhafi aimed at stopping illegal immigration.

Italy had argued that Libya was a safe place for the migrants to be returned to, but the court found unanimously that the deportations violated Article 3 of the Geneva Convention because "irregular migrants and asylum seekers had been systematically arrested and detained in conditions [in Libya] described as inhuman by observers, who reported cases of torture among others."

The court also said the migrants "were exposed to the risk of being repatriated to Somalia and Eritrea" where they could have faced more ill treatment. It ordered Rome to pay 15,000 euros (roughly $20,000) in compensation to each of the plaintiffs in the case.

Migrants wake up to a nightmare in Europe

Many Africans often go through an odyssey on their way to Europe. For many it is an odyssey of horror: Months or even years of fear, violence and torture pass until they finally set foot on European soil. (08.02.2012)

The United Nations and the Catholic Church had both criticized the deal with Gadhafi as a violation of human rights, since the deportations did not take into account whether the migrants were eligible for refugee status.

The UN refugee agency praised the court decision, saying it "provides important guidance to European states in their border control and interception practices, representing a turning point regarding state responsibilities and the management of mixed migration flows."