The body of the Filipina maid was found in an abandoned house in Kuwait belonging to a Lebanese-Syrian couple. The murder sparked a diplomatic dispute between Kuwait and the Philippines. 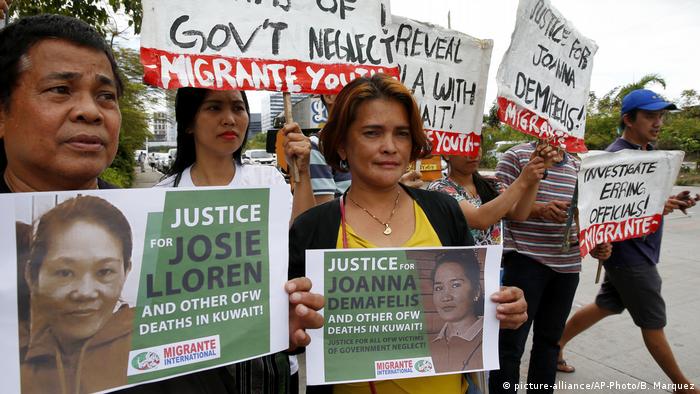 A Kuwaiti court on Sunday sentenced a couple to death in absentia for the murder of a Filipina maid whose body was found in a household freezer in their apartment earlier this year.

The murder of 29-year-old Joanna Demafelis sparked a diplomatic crisis with the Philippines. An autopsy revealed that she had been beaten, and had suffered broken ribs, internal bleeding and contusions.

Her body was found in a freezer in an abandoned home that belonged to Nader Essam Assaf of Lebanon and his Syrian wife Mona Hassoun. They are being held in custody in their respective homelands. Kuwait has requested their extradition. They were arrested in February in the Syrian capital, Damascus, following an Interpol search.

The Kuwaiti court convicted the couple of premeditated murder and sentenced them to death by hanging — a ruling the couple can appeal if they return to Kuwait.

The criminal court issued its verdict at its first hearing, convicting the couple of "killing the Filipina worker and putting her body in the freezer," according to the Al-Qabas newspaper. 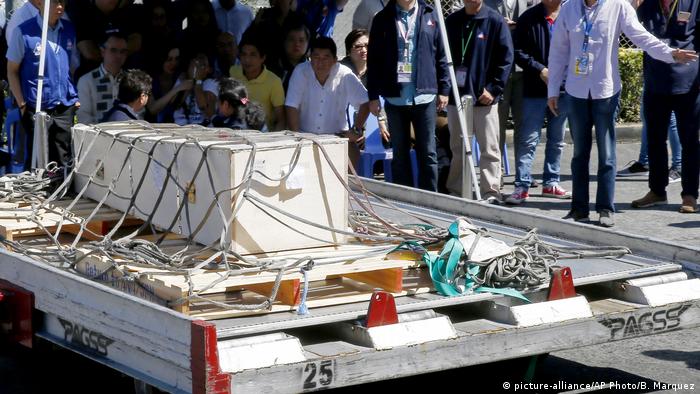 The Philippines has more than 250,000 nationals working in Kuwait, the foreign ministry in Manila estimates. Most of them are domestic helpers and most send remittances home to support their families.

Last month Philippines President Rodrigo Duterte imposed a departure ban on nationals seeking to fly to Kuwait. He ordered Filipino workers who had suffered abuse in Kuwait to return home.

Human rights organizations have long expressed alarm over the plight of foreign workers in Kuwait and neighboring Arab countries where migrant labor is regulated under a system known as "kafala," a type of sponsorship program that ties migrant workers' visas to their employers. It prohibits them from leaving the country or changing jobs without prior consent.

Last month Kuwait and the Philippines, eager to end the dispute, signed an agreement that would regulate some working conditions for domestic workers.

"We are now in talks with Kuwaiti authorities to secure an amnesty that will allow 6,000 Filipinos living without papers to return," he said.