The German astronaut, Alexander Gerst, will live and work on the International Space Station for six months. He leaves Earth this Wednesday. We look back at how he has preparation for the trip. 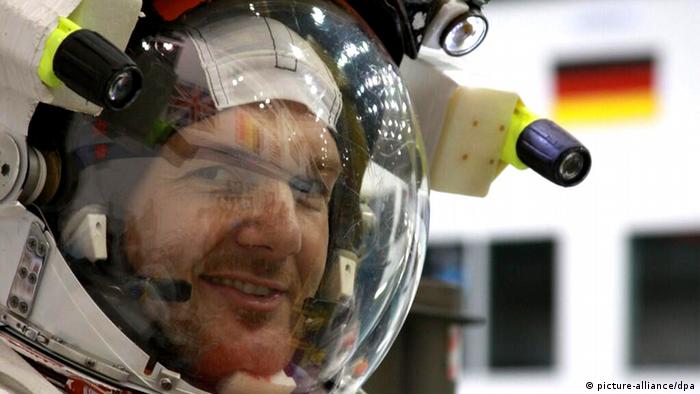 It's getting serious: Alexander Gerst is ready for his trip into space. And it's just hours to go. Everything is ready at Baikonur, Kazakhstan. Alex and his team take off in a Soyuz rocket on Wednesday (28.05.2014) at 9.56 pm Central European Summer Time.

The crew will be catapulted into space with 26 million horsepower, costing 300 tons of fuel. It should take them around six hours to reach their goal.

It's been four and a half years since Alex was selected to be an astronaut for the European Space Agency (ESA). In that time he has

• spent 3,000 hours at the ISS partner countries' training centers in the US, Canada, Russia and Japan.

But that's nothing compared to what awaits him during his real mission. Here's what Alex writes in his blog:

"On board the ISS, we will travel almost double the distance that I have traveled over the last four years - every day! In the space of 24 hours, we'll experience 16 sundowns and sunrises. I can't wait!"

Russia has decided to end its cooperation with the ISS sooner than planned. But that's no surprise after the US severed ties with Russia at the beginning of April - all except for work on the ISS. The Americans wouldn't even get to the International Space Station without Russia's Soyuz rockets…

Only 44 days to go before Gerst's trip to the ISS!

The supply spaceship for the International Space Station is ready. 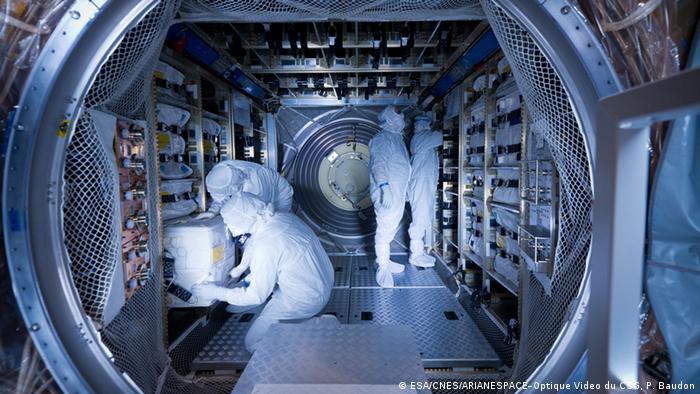 It will transport more than 2,600 kilograms (5,732 pounds) of vital cargo, including food, oxygen, equipment and fuel. They have to be packed carefully in order for them to withstand the enormous forces that will weigh upon them when the supply ship is launched into the orbit with an Ariane 5 rocket. Those working with the supplies wear special protective suits to stop bacteria or viruses entering the cargo area. That's how the crew will also be protected from infections, because in space, the human immune system is weaker than on Earth.

Outer space begins about 200 kilometer above our planet. It's the start of an atmosphere without air, a so-called vacuum. Which means it's dark and dead-quiet, since sound cannot travel without air. 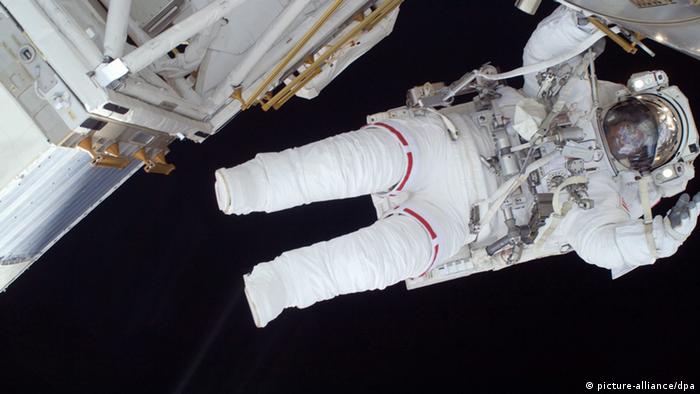 These conditions are less than ideal for humans. We can't breathe and our blood would start to boil without protection. So astronauts wear special space suits that have their own pressure.

The suits have 13 layers and weigh more than 100 kilograms, including equipment.

Good training and lots of exercise are still necessary, though, to learn how to manage the suit and control it in space. You can see the suit on NASA's website!

Alex's mission has been dubbed "The Blue Dot."

The logo is modeled after a picture that NASA's space probe Voyager took of Earth - the blue planet - in 1990. 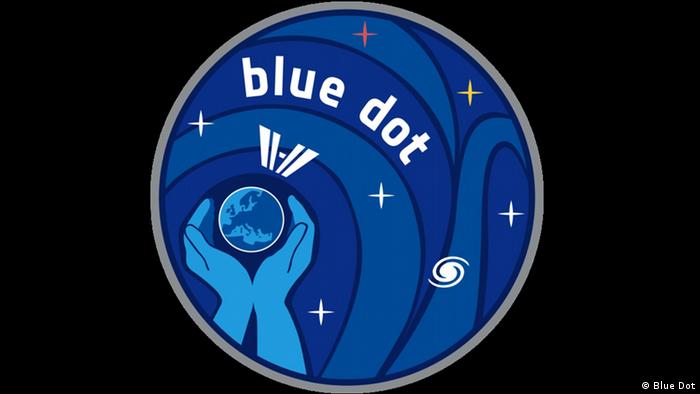 At a distance of 6.4 billion kilometers, Earth was only visible as a tiny, "pale blue dot" - that's what world-famous US-astronomer Carl Sagan said of the picture.

"Blue Dot" was selected as the mission name, because it is hoped the research that Gerst and his colleagues will work on will benefit life on Earth. The mission's motto is "Shaping the future."

The astronauts Alexander Gerst and Gregory R. Wiseman and the cosmonaut Maksim Surayev were in the US to prepare for their trip to the ISS. The three of them are "Expedition 40," the fortieth team to be sent there.

Alexander Gerst will focus on his scientific work: researching osteoporosis, developing new alloys, saving fuel. But he also wants to enjoy a unique view of the world. Gerst says he's looking forward to "seeing it as a ball, whole continents without borders, not like in the school atlas" during his six months in space.

We can get an idea of what he means from a picture taken be US astronaut Douglas H. Wheelock (@Astro_Wheels). Here, the current ISS research team is looking down on the Crimean peninsula. 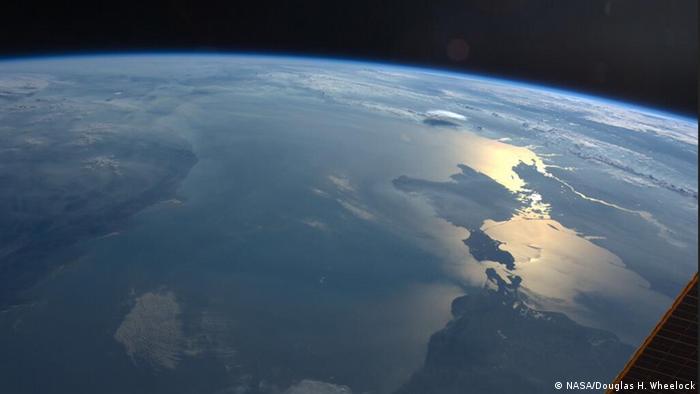 Gerst sees no problems in working with a Russian and a US-American - despite current political concerns.

"The ISS has always been an international project," Gerst says.

Similar cooperation has worked despite difficult circumstances before, "like during the Cold War with the Apollo/Soyuz project, and that worked well, too."

Today, cooperation with his colleagues is also going well.

"I'm not worried at all," Gerst says. "In fact, I look forward to showing the countries what they stand to lose by giving up cooperation. Space travel has proven to be a stabilizer that won't let itself be influenced by day-to-day politics."

In total, 162 experiments will be conducted during ISS Expeditions 40 and 41, which Alexander Gerst joins as an engineer. Some new ones will be started, while old ones will be continued.

There won't be much time for private leisure - the retreat room is about the size of a phone booth. Gerst says he plans to take photos of friends and relatives and some other keepsakes to space. They will be his "anchor to earth. So I won't forget where I came from."

A space capsule with three astronauts aboard has landed in Kazakhstan. Before the landing, Deputy Prime Minister Dmitry Rogozin said Russia wouldn't cooperate with the US on the 15-nation ISS past 2020 as NASA had hoped. (14.05.2014)

US, EU space missions depend on Russian tech

If Russia were to boycott space missions due to the Ukraine crisis, the results would be dramatic for the United States and Europe. Without Russian technology, Western countries' missions couldn't get off the ground. (30.04.2014)

A Soyuz space capsule has successfully docked with the International Space Station (ISS), delivering its Russian and American crew. The docking had been delayed by two days due to a technical mishap. (28.03.2014)