Could solar eclipse leave Germany in the dark? | Environment| All topics from climate change to conservation | DW | 20.03.2015

Could solar eclipse leave Germany in the dark?

Germany produces more electricity from the sun than any other country in the world. So what happens to its power supply during a solar eclipse? The answer is significant for the future of renewable energy. 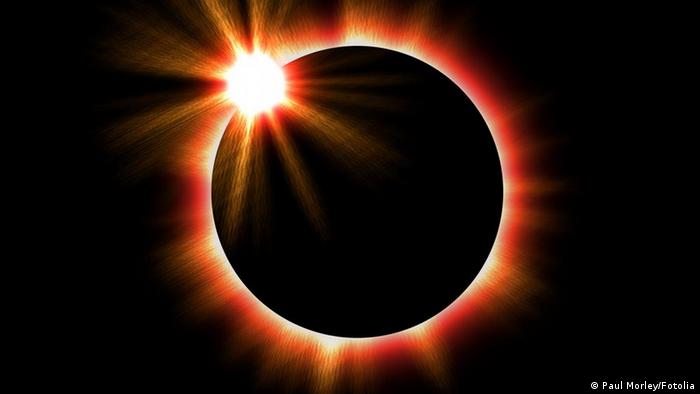 The solar eclipse on March 20 presented a unique challenge for solar energy production across Europe - and especially in Germany. The country is the world's leader in photovoltaic capacity, with the ability to produce around a quarter of all solar energy globally.

And as part of Germany's energy transition, Germany's electrical grid is relying ever more on renewable energy. Instead of a few big power plants feeding the grid, the model is transitioning to a flexible suite of interconnected options.

Experts saw the eclipse as an opportunity to test how flexible and developed Germany's new grid indeed is. And the results were significant for a global transition away from fossil fuels.

During a solar eclipse, the moon passes between Earth and the sun. A total solar eclipse happens if the moon aligns perfectly over the sun - turning day into night.

During the March 20 eclipse, the only inhabited locations where a total eclipse occured were the Faroe Islands, and the Norwegian archipelago Svalbard in the Arctic Ocean. But many areas experienced a partial solar eclipse: the sun was obscured in Germany and other parts of central Europe up to 80 percent at the eclipse's apex.

The last time an eclipse of this scale happened in Europe was in 1999. But back then, it was a different story - at that point Germany produced less than one percent of its power from solar energy. Now, solar power contributes almost seven percent to the energy mix.

According to the European Network of Transmission System Operators (ENTSO-E), a 50 percent reduction in power feed-in was expected in Germany, and 21 percent in Italy. According to ENTSO-E, it was the first time that a solar eclipse was expected to have a relevant impact on the operation of the European power system.

Over the last several months, various German media outlets raised the question of whether the lights would go out in Germany during the solar eclipse. And indeed, it's a challenge, as power input could decrease from 18 to 9 gigawatts, and then rise again to 26 gigawatts - all over a few hours.

During this time, lacking solar power is be being replaced by energy from conventional plants. Bruno Burger of the Fraunhofer Institute for Solar Energy Systems told DW that "mainly power plants that operate with soft coal, hard coal, gas or pumped storage hydropower stations will fill in the gap." Output from nuclear power stations are not able to be so flexibly raised and lowered, so they won't play a role.

Yet getting the right amount of power into the grid remains a challenge. Not so much due to a lack of light - the sun goes down every night without troubling the solar industry. The main issue with an eclipse is the speed with which it happens - the change in light happens much faster than during sunrise or sunset. 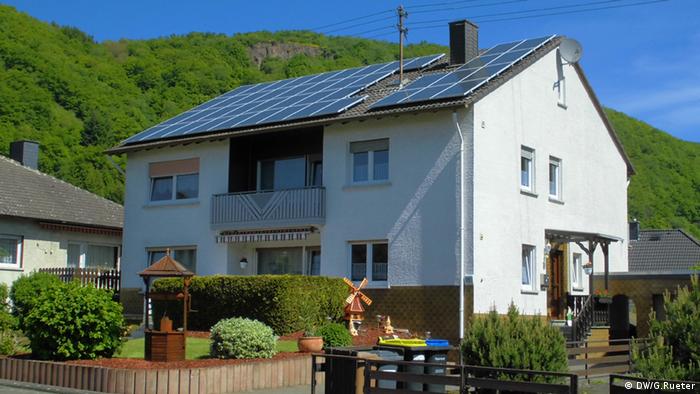 Most solar installations in Germany consist of dispersed rooftop panels

"Within one or one-and-a-half hours, we have to regulate it from 9 to 26 gigawatts," says Burger. "As the net does not have any storage capacity, we have to produce the exact amount of electricity that we consume in that very moment," he adds.

The Japanese engineering giant Mitsubishi has succeeded in transmitting energy wirelessly. The breakthrough marks one small step for solar energy in space and possibly one giant leap for clean energy. (13.03.2015)

Germany's energy giants are lumbering behind the rapid advance of renewable energy. They might stay afloat for a while, but they don't seem flexible enough to achieve a turnaround, says DW's Henrik Böhme. (11.03.2015)

Panel maker Solarworld to turn corner on sales, but profits still in eclipse

After financial restructuring, struggling German solar firm Solarworld sees a return to higher sales in 2014. A profit, however, is nowhere near in sight which will keep the firm’s massive debt mounting this year. (27.03.2014)

Experts agree that a solar eclipse is not likely to cause energy provision to break down. They're ready for this scenario; researchers and utility companies had been preparing for this moment for months.

A cloudy day will simplify management of the power grid, as effects will be milder. But for Burger, this does not represent the best-case scenario. Grid operators and people of the solar industry would in fact prefer a sunny day. "Only then we can really test the whole system and everyone be challenged, and only then we can be proud of ourselves afterwards," says Burger.

Germany is a role model when it comes to solar technology: There are 1.4 million solar installations in the country. By 2050, Germany hopes to meet 80 percent of its energy needs with renewable sources.

Since Germany's energy grid passed the test, Burger says this will send an international signal that renewable energy is indeed the path of the future.