Could President Trump actually fulfill his anti-immigration promises? | World| Breaking news and perspectives from around the globe | DW | 01.12.2016

A tougher immigration policy was Donald Trump’s signature campaign issue. But how many of his bold promises can he actually turn into reality as president? DW asked two immigration experts. 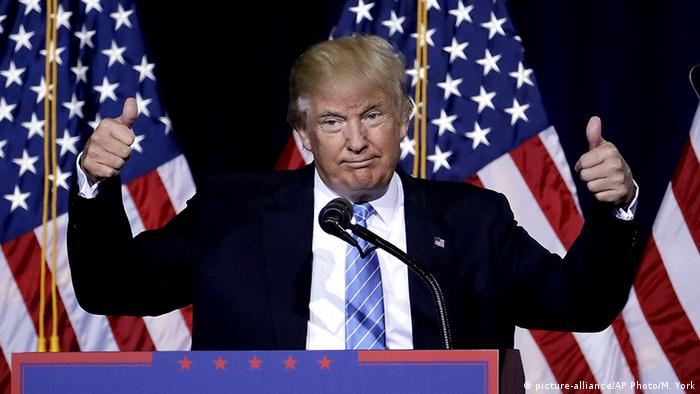 Can President Trump make good on his key campaign promise and build a "big, beautiful wall" along the US-Mexico border?

"He can start," said Stephen Yale-Loehr, a professor of immigration law at Cornell University, who co-wrote the leading 21-volume treatise on the issue. "Money has already been appropriated to the Department of Homeland Security for border security and immigration enforcement generally and he can tell the Department of Homeland Security to reallocate its existing money to put more money into building a wall."

"He can do some on his own under existing law," concurred Cristina Rodriguez, a law professor specializing in immigration law at Yale University. "But to build that big beautiful wall Trump was talking about, Congress would have to appropriate funds."

While both scholars think it likely that Congress will at least initially provide additional money to build a wall, they don't believe we will see a physical wall alongside the entire US-Mexico border in the next four years.

It is within President Trump's executive power tospeed up the deportation process without the need for any Congressional approval, note the experts. But to quickly deport all estimated 11 million undocumented immigrants or even just those with a criminal record would require additional funding from Congress to bolster the immigration bureaucracy - for instance to hire more immigration judges because every individual accused of being in the US illegally has a right to a hearing.

"Any administration has to prioritize which people they are going to try and focus on," said Yale-Loehr. "The Obama administration has said that its top priority is to get rid of criminal aliens and Trump, I think, will just do more of the same. He may expand the definition of what is a crime to maybe include people who have been accused, but not convicted of a crime yet. That is something he can do on his own without Congressional authorization."

"I think the main way policy might change is that they consider people with minor offenses as priorities as opposed to people with only serious offenses," said Rodriguez. "He said a couple of times that the number of so-called criminal aliens might be 2 to 3 million people. That number, especially the 3 million people, seems quite generous so it is not clear whether he is going to move beyond the pool of people who have committed serious offenses, but that is certainly something that if the enforcement culture is revved up is likely to happen." 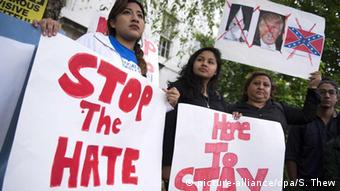 Immigrants protested against Donald Trump during the election campaign

Can President Trump, as he vowed during the campaign, stop the US from taking in Syrian refugees? And can he, as he threatened, send the ones already in the US back?

"He certainly has the power to stop the admission of refugees," said Rodriguez. "The refugee selection system gives the president the power to determine every year how many refugees to admit and then from what countries. So the president can very easily say, 'no refugees from Syria this year.'"

Can President Trump, as he initially suggested, ban Muslims from entering the US? Or can he, as he later said, ban immigration from terror-prone regions?

He can't institute a whole-sale ban of Muslims entering the US because that would likely be deemed unconstitutional, said Rodriguez

But Trump can prevent people from certain regions or countries from entering the US, agreed both scholars.

"He can certainly institute heavier screening procedures for people who come from countries that supposedly have terrorist threats," said Yale-Loehr. "We did that to a certain extent after the terror attacks of 2001 both in terms of screening people outside of the US and we required people from those countries who were already here to come to the immigration offices and to register so we knew where they were and we could do background checks." 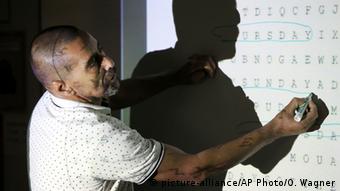 The US has taken in comparatively few Syrian refugees.

So what does this all mean for the US, traditionally considered a nation of immigrants?

"I think generally we are going to be less welcoming to immigrants over the next couple of years because President Trump has made clear he wants to focus on 'America First,'" said Yale-Loehr. "I think some people may not be able to come and other people will be able to come in, but it will take longer than normal to go through the screening and background procedures before they can actually be admitted to the United States."

"I think there are reasons to be quite pessimistic," said Rodriguez. "I expect a lot more talk about enforcement and I expect the targets of enforcement to become broader than under the Obama administration. I think the rhetoric and the orientation of the Trump administration will be far more negative and that can really have reverberations throughout even it doesn't change the numbers of people that come in that dramatically."

US President-elect Donald Trump says he'll step aside from his business interests to focus on his White House role. Over the past 24 hours, he has nominated nine key members of his upcoming administration. (30.11.2016)

Will a President Trump fulfill the promises made by candidate Trump?