Rich nations should help poorer ones access COVID vaccines before giving booster shots to their own citizens, the WHO says. But the US has dismissed the idea. 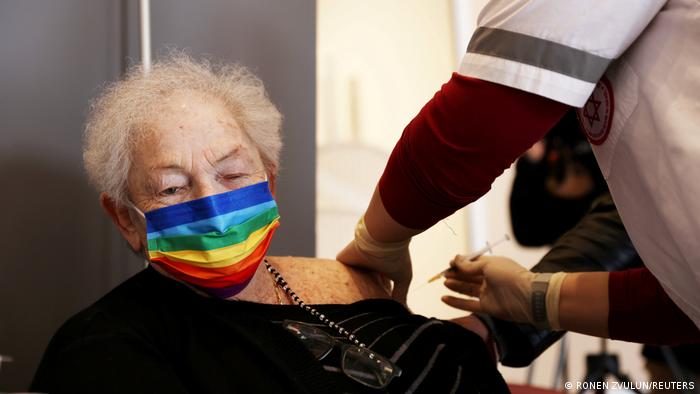 The head of the World Health Organization (WHO), Tedros Adhanom Ghebreyesus, on Wednesday urged countries to hold off on giving booster shots until at least a tenth of the population in all nations is vaccinated against COVID-19.

"[The] WHO is calling for a moratorium on boosters until at least the end of September to enable at least 10% of the population of every country to be vaccinated,'' Tedros said.

His remarks come as the US. Germany, France, Israel and many other Middle Eastern countries have begun, or are set to begin, giving people an extra dose of COVID-19 vaccines. Health officials are trying to curb the spread of the highly transmissible delta variant of the coronavirus.

Later on Wednesday, however, the US dismissed the issue of giving booster shots vs. helping other countries as a "false choice."

"We believe we can do both and we don't need to make that choice," said White House Press Secretary Jen Psaki.

What else did the WHO say?

"I understand the concern of all governments to protect their people from the delta variant," Tedros said.

"But we cannot accept countries that have already used most of the global supply of vaccines using even more of it."

Katherine O'Brien, the director of immunization vaccines and biologicals at the WHO, told reporters that it was imperative to vaccinate at-risk groups before booster programs got underway.

"We need instead to focus on those people who are most vulnerable, most at risk of severe disease and death, to get their first and second doses," she said.

O'Brien also said that it remained to be proven whether giving booster shots to people who are already fully vaccinated actually does increase immunity to any major extent.

"The evidence is evolving. It's moving. We don't have a full set of evidence around whether this is needed or not,'' O'Brien said.

Which countries are launching booster programs?

Last week, Israel kicked off its campaign to give booster doses to the over-60 age group amid a resurgence of COVID-19 fueled by the delta variant.

The US signed a deal in July to buy 200 million doses of the BioNTech/Pfizer COVID vaccine to be used for possible booster shots and in pediatrics.

France also announced in mid-July that booster shots would be offered to vulnerable groups who were first vaccinated in January and February this year.

The UK is also considering launching a booster vaccination campaign.