UNICEF, the UN's Children's Fund, says schools for more than 168 million children have been shuttered entirely by the coronavirus pandemic, with countries in the Caribbean and Latin America among the worst affected. 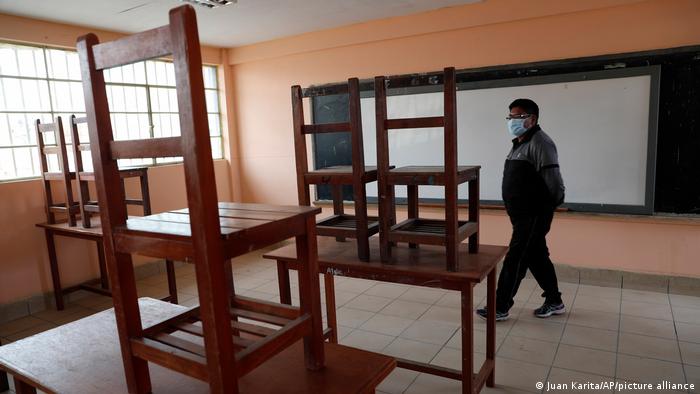 The UN says governments should make schools a priority

Millions of children are facing a "catastrophic education emergency" as coronavirus lockdowns have closed schools worldwide, the UN's main organization for children said on Wednesday.

UNICEF said schools for more than 168 million children in 14 countries had been completely shut for almost an entire year because of the pandemic.

It warned that 214 million children globally — or 1 in 7 — had missed more than three-quarters of their in-person learning since March 2020. 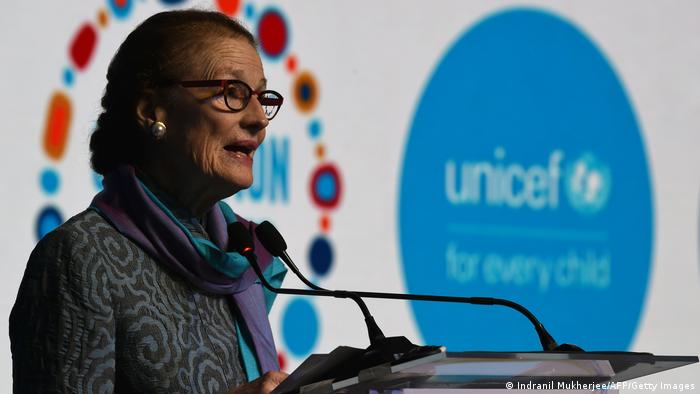 "As we approach the one-year mark of the COVID-19 pandemic, we are again reminded of the catastrophic education emergency worldwide lockdowns have created," UNICEF Executive Director Henrietta Fore said.

"With every day that goes by, children unable to access in-person schooling fall further and further behind, with the most marginalized paying the heaviest price," she said. "No effort should be spared to keep schools open, or prioritize them in reopening plans."

UN data showed two-thirds of the worst-affected countries were in Latin America and the Caribbean, affecting nearly 98 million schoolchildren.

Panama has kept schools closed for the most days, shutting out pupils for a total of 211 days, followed by El Salvador, Bangladesh, Bolivia, and Brazil.

UNICEF's call was echoed by UK-based charity Save The Children, which has described the pandemic and subsequent lockdowns as "the biggest education emergency in history."

James Cox, head of education policy at Save the Children, told DW on Tuesday that the impacts of school closures "will be felt for a long time to come."

COVID-19 Special: Education in the time of coronavirus

The issue has been amatter of concern in Europe as well, with many students missing essential contact time with their teachers.

School children in Germany are starting to return to the classroom, while pupils in Scotland and Wales are also back.

English schools will reopen next week, but Northern Ireland remains under a strict lockdown.

But Italy's new government has ordered more school closures after data showed the majority of coronavirus cases to be of the more contagious British variant.

All schools in the highest risk regions will switch to distance learning under new rules to come into effect from Saturday, whereas previously only secondary schools in so-called red zones were shuttered.

Regional authorities will also have new discretion to suspend face-to-face teaching in areas within lower risk orange and yellow regions where the coronavirus situation is particularly bad, according to a decree lasting until April 6.