British Prime Minister Boris Johnson has put plans to further ease coronavirus restrictions on ice. The decision fell on opening day of the World Snooker Championship, which, controversially, was to host some 300 fans. 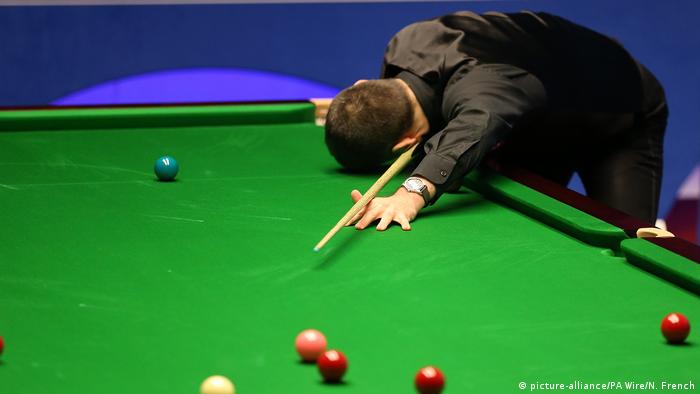 British Prime Minister Boris Johnson on Friday confirmed sports fans will not be able to attend events in England until at least August 15 amid a rise in coronavirus infections.

The World Snooker Championships is one of a number of high-profile sporting occasions to have been affected by the government U-turn. Horse racing and cricket were also set to have fans in attendance in the coming days as part of pilot events that began earlier this week. Johnson, however, said that those plans have now been shelved.

"Pilots of larger crowds at sports venues will not take place," Johnson said at a press conference. "I said from May we would not hesitate to put on the brakes at the slightest sign that the numbers were going in the wrong direction." 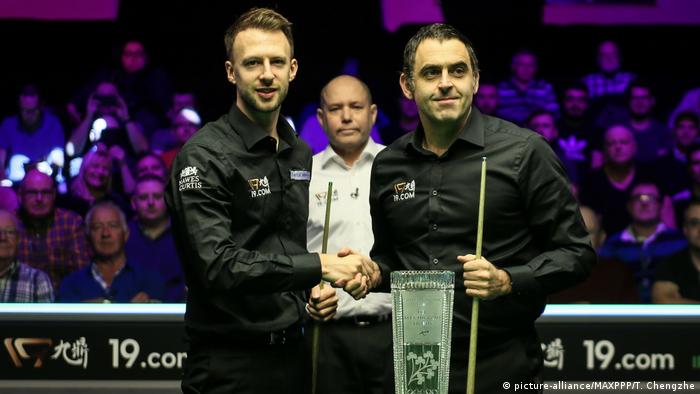 Plans to let around 300 fans in the Crucible prompted a testy exchange between two of the sport's best: Judd Trump and Ronnie O'Sullivan

Snooker 'lab rats' off the hook

As Johnson made the announcement, some fans were already taking their seats for the opening day of the World Snooker Championships taking place at the Crucible Theatre in Sheffield.

The Sport's governing body tweeted: "Following today's announcement from the UK Government that the easing of certain restrictions in England has been postponed, there will be no access for fans to the World Championship from Saturday 1st August."

The plan to introduce fans at the snooker tournament had already caused a stir with reigning world champion Judd Trump saying fellow player Ronnie O'Sullivan should have withdrawn and allowed another player to take his place if he had concerns about playing in front of fans amid the pandemic.

Former world number one O'Sullivan had said organizers were treating players like "lab rats," hinting that the financial risks at a more minor sport were easier to manage. Anthony Hamilton, a 49-year-old who suffers from asthma, pulled out on Thursday citing health concerns.

"Less insurance to pay out for Anthony Hamilton than there is for Lewis Hamilton," O'Sullivan said, referring to the F1 champion who is competing at an empty Silverstone circuit this weekend in the British Grand Prix. 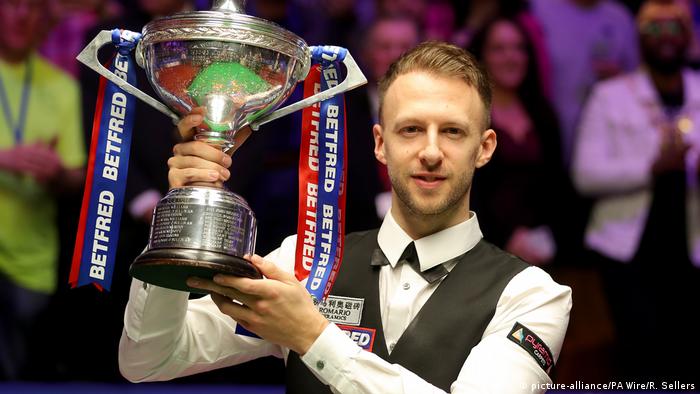 Trump lifted the trophy for the first time last year; he is seeking to become the first player to successfully defend his maiden world championship

A cricket match in London between Surrey and Middlesex at The Oval had up to 1,000 supporters earlier this week. Plans for further matches to have fans have now been put on hold, though.

''We understand this is disappointing for supporters who have waited a long time to see their clubs in action," the England and Wales Cricket Board said in a statement. ''However, we understand the reasons the government has made this decision, and remain ready to work with them to ensure supporters can safely return to stadiums when government advice allows."

The Glorious Goodwood horse racing festival on Saturday was also set to be part of the scheme, with 4,000 fans permitted to see the action live.

''We understand that concern about the national infection rate is the primary reason,'' the British Horseracing Authority said, ''and as a result all pilots of larger crowds in sporting venues will be postponed until at least August 15."

The UK Culture Secretary Oliver Dowden expressed his disappointment but said he hoped to have fans back soon.

"Very disappointing news that with rise in infection rates we cannot press ahead with sports pilots with fans this weekend. I know the huge efforts cricket, snooker & horseracing have made to welcome fans back. We'll keep working together on their safe return asap," Dowden wrote on Twitter.

The British government also said venues such as casinos, bowling alleys and skating rinks would not now be opening on Monday, as previously planned.

The Irish Cup final was still going to go ahead on Friday night, with up to 500 fans at Windsor Park in Belfast, as that decision lies with the Northern Ireland Executive, rather than the British government in Westminster.

Coronavirus and sports: Fans to be at athletics meet in Berlin in September

One of the biggest athletics meets in Germany is set to go ahead with fans later this year, ISTAF confirm. Meanwhile, the International Football Association Board (IFAB) has extended the five-substitute option.

A special prosecutor has launched criminal proceedings against FIFA head Gianni Infantino over his secret meetings with Switzerland's attorney general after "indications of criminal conduct."