The outbreak of the new coronavirus has not only taken small freedoms away from many Italians, but also sparked prison riots across the country. Inmates are especially vulnerable in the overcrowded penitentiaries. 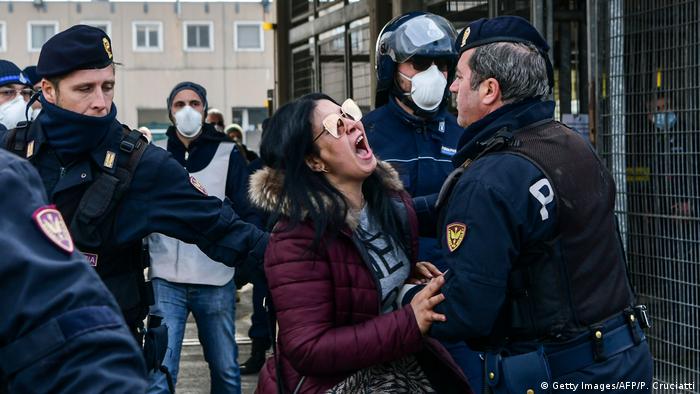 Prisoners in Salerno were the first to rise up. Inmates at Poggioreale in Naples followed suit on Sunday.

Papers were set on fire and thrown out the windows, while dozens of convicts managed to reach the facility's roof.

"Pardon! Pardon!" shouted a group of relatives gathered in front of the building, some of whom scuffled with riot police.

"With this virus around, why should sick people remain inside?" yelled Areta Flora, 42. She had been protesting in front of Poggioreale penitentiary since Saturday because she wanted her husband let out.

The turmoil was a result of the Italian government suspending all face-to-face meetings between convicts and their families for 15 days in an attempt to prevent any coronavirus infection inside the jail. 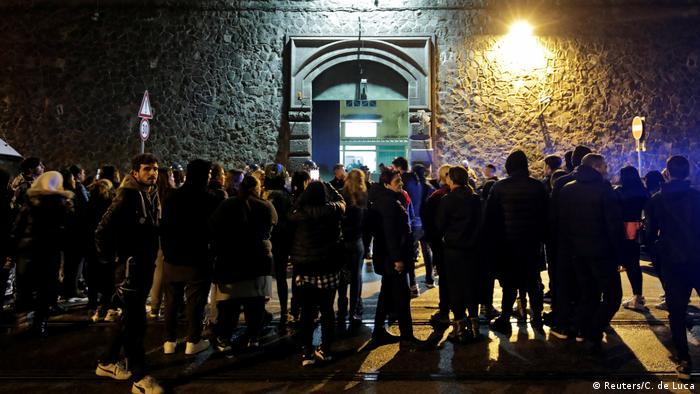 Relatives of inmates gathered outside Poggioreale prison in Naples

The fear of COVID-19 had travelled faster than the disease in the province of Naples, where only 96 people had tested positive by Wednesday.

Flora and other relatives worried about the health conditions inside Poggioreale are demanding that inmates with health problems convicted of minor charges be put under arrest.

"There are people with cancer inside, husbands with heart disease," she says. "We simply want out those who are sick and those kids condemned for only 10 months."

Almost 8,700 detainees have less than a year until they have completed their terms, according to the NGO Hands Off Cain.

Overcrowding is common at Poggioreale, the largest prison in the country. As of February 29, 2,094 inmates lived there; the capacity is 1,644 people.

Some sections of the facility are in awful condition, below the standards set for cleanliness, according to the association Antigone, which monitors the country's prisons. 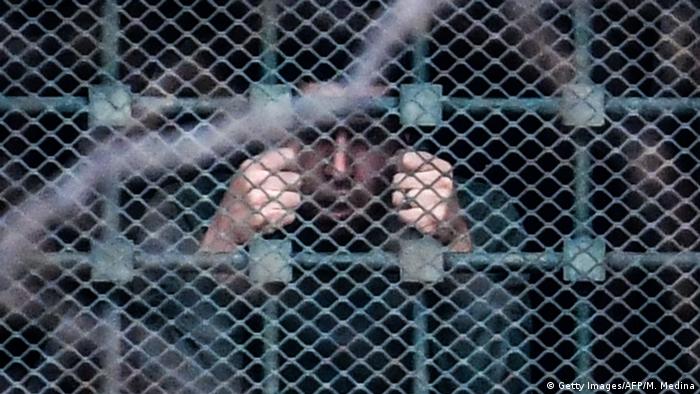 At least 6,000 prisoners rioted around Italy

"The hygiene level in Poggioreale stands at zero," says Pietro Ioia, the Naples city prisoners' watchdog. He said that there is a freestanding toilet in one of the small kitchens inmates have access to. If any of them want to cook something, they must first make sure that no one needs to use the toilet.

Ioia knows what he's talking about: A former drug dealer, he spent 22 years in prison — six of those in Naples.

He says that roughly 900 detainees took part in the revolt. They ripped out electrical cables and water pipes and tore up four entire sections of the prison.

During their negotiations with the authorities, they asked for reestablishing meetings with their families and improving the general health conditions in prison.

"They fear the spread of coronavirus, so they demanded more physical space. But that's impossible over there: You have 10, 12 or 14 people in every cell. Poggioreale is a powderkeg," Ioia says.

Riots also took place in prisons in Alexandria, Foggia, Frosinone, Modena, Palermo, Pavia and Vercelli on Sunday, Corriere della Sera newspaper reported. That was just the beginning. On Monday there was unrest in 22 other penitentiaries, including major facilities such as Rebibbia in Rome and San Vittore in Milan. At least 6,000 inmates revolted around the country. 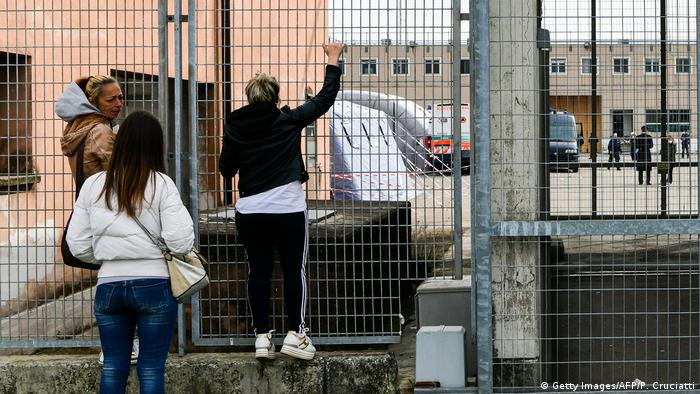 Twelve convicts lost their lives. "The first analysis connected most of these deaths to drug overdoses" on medication stolen from infirmaries, Justice Minister Alfonso Bonafede said in a public hearing at the Senate on Wednesday.

"An outbreak in prison is simply unmanageable, so halting any contact with the outside was an absolute priority," said Aldo Di Giacomo, secretary of the Penitentiary Police Union (SPP).

Di Giacomo recognizes that the security situation did gradually improve after Italy's Civil Protection Agency distributed 100,000 masks and set up 83 triage tents to test newcomers. But he believes the unrest was also motivated by something else: "Stopping the visits means that bringing drugs inside the prison has become much more difficult," he said.

However, those visits gave many prisoners a reason to keep going. "It was everything to me, the only moment to talk with my father for real. You don't tell the most intimate feelings in a letter," says Margherita Coppola, 29. 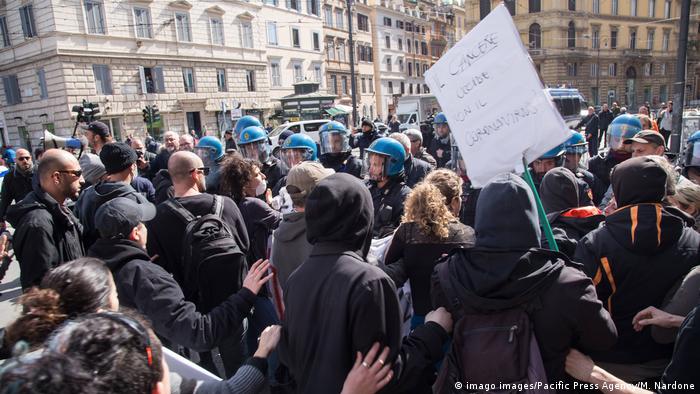 Coppola agrees with the limits imposed by the government, but she is worried about her 75-year-old father at Rebibbia, where riots also took place. She has no news of him since the beginning of February.

"The measure was not well explained to inmates, and the meetings should be quickly replaced with adequate measures," says Susanna Marietti of Antigone. Usually convicts may speak with their families on the phone for 10 minutes a week. "Give them 20 minutes a day, and the tension will diminish."

Antigone, which has monitored Italian prisons conditions for 30 years, regards a general amnesty or a pardon as improbable at the moment. Marietti, however, argues that there is room for other measures to ease the burden of overcrowding. "We should promote house detention for those who have behaved properly in prison and those who still have to serve only a short period."

In the meantime, Coppola is crossing her fingers for her father. He was expected to serve the final year of his sentence at home. "I don't even know if he is aware of this good news," she says.

Men, women and children are infected with the new coronavirus with equal frequency. But the consequences are very different. Decisive factors are age, gender and possible previous illnesses. (11.03.2020)

Daniela Lourdes Falanga, her family's first male heir, was expected to follow the path of her mafia boss father. She overcame a brutal Naples childhood to become a prominent transgender rights activist. (11.01.2020)

The death of Mahsa Amini, who was arrested for allegedly not wearing her hijab correctly, has brought Iran's "morality police" under scrutiny. Who are they and what is their mission?

Paul Pogba's brother posted a video on Instagram promising to publish "great revelations" about the player, with Pogba following it up with a legal statement where he said he was being extorted.