With 1.3 billion people, India is the world's second-largest country by population. But the number of positive cases of COVID-19 remains mysteriously low. 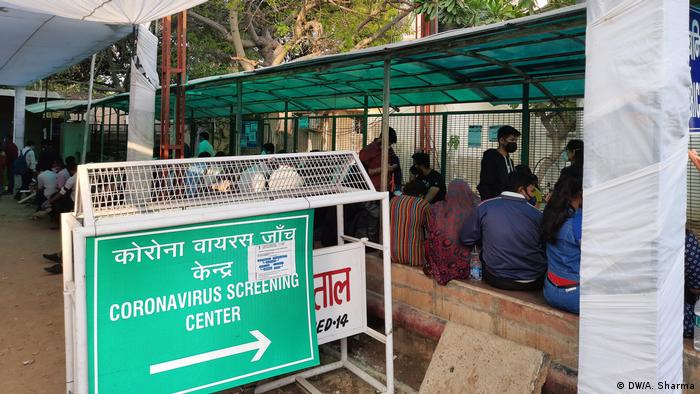 When 34-year old Abhishek (name changed) went to one of the two government-run hospitals in New Delhi which is testing for COVID-19, he was coughing, had shortness of breath, but no fever.

He was asked to fill out a form declaring his symptoms and recent travel history — a standard procedure at the screening center. But since he hadn’t traveled abroad in the past 14 days and didn't exhibit all symptoms of COVID-19 — fever, sore throat, runny nose, shortness of breath — the 34-year-old said he was not tested.

Read more: What you need to know about the Coronavirus 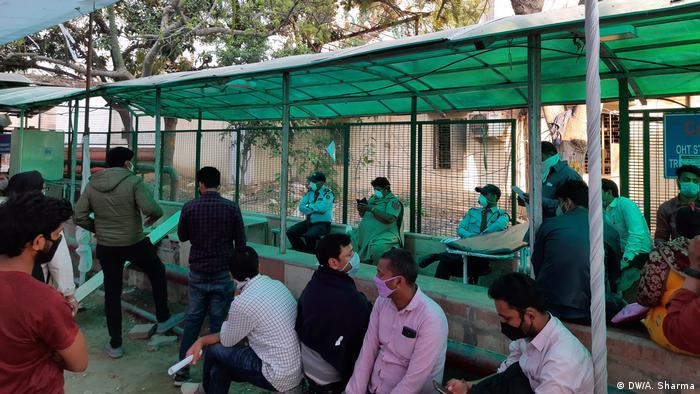 "Right now, we are not testing indiscriminately. It's only limited to people with travel or contact history," said a medical administrator at Delhi's Ram Manohar Lohia hospital, who wanted to remain anonymous.

A British citizen reported having been turned away by a public hospital in Delhi, despite having been referred by a private clinic, according to the Associated Press on Wednesday.

"Referrals by private clinics are not credible," explained the administrator at the Ram Manohar Lohia hospital, claiming that those clinics would certify anything the client pays for.

Many people have taken to social media to report their experiences at government-run hospitals.

A 24-year-old woman from Mumbai, for example, reported that she had flu-like symptoms but no history of international travel. So she was turned back by a doctor who gave her a signed note saying "No need of a COVID-19 test."

Social media posts deploring the lack of testing have garnered support and derision in equal measure. While some criticized the government's handling of the crisis, others accused these users of paranoia.

But many experts do not agree with this strategy.

SP Kalantri, a Mumbai-based physician, called the testing criteria too restrictive. "(I'm) caring for a patient with severe pneumonia and multi-organ failure in an ICU. Unable to figure out who the villain is: bacteria or viruses. The regional lab refused to test his sample for COVID-19 because he lacked a travel history. Aren't testing criteria too restrictive," he said in a social media post.

The World Health Organization has advised all countries to test all suspected cases to slow the advance of the pandemic. "We cannot stop this pandemic if we don’t know who is infected," WHO chief Tedros Adhanom Ghebreyesus said. "We have a simple message for all countries: 'test, test, test, test,'" he said.

According to AP reporting, India has the capacity to test about 8,000 samples a day, but is currently just conducting 90 tests per day.

"Only people who need to be tested should be tested," said Lav Agarwal, a senior official in India's health ministry. "As far as India is concerned, we are 100% transparent," he said, responding to criticism of suppressing the actual number of cases in the country. 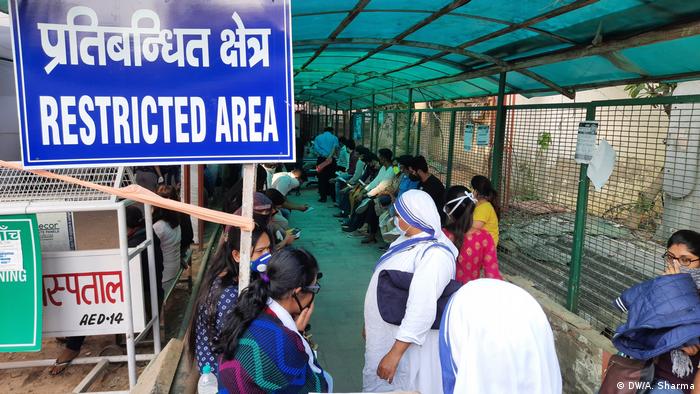 India's Health Ministry also put out definitions of the "suspect cases" on Tuesday, which includes people who exhibit symptoms such as fever, along with cough or shortness of breath, require hospitalization, and whose condition cannot be explained by any other cause. These patients will also be ineligible to get tested under the current criteria.

The Indian Council of Medical Research (ICMR), the country's top medical research body and the main testing agency for the virus, said it is engaging government accredited private laboratories to begin testing. It has appealed to them to offer COVID-19 diagnoses free of cost, but maintain the stringent criteria of testing.

For now, some of those who were refused testing for the virus have chosen to self-quarantine. This includes Bhargav, a Chennai-based writer, who documented his attempt to get tested in a series of tweets. "Despite all the flurry of information and the doctor's word, I'm still as confused as all of you. But my privilege allows me to self-isolate, watch for symptoms, get multiple opinions, and most importantly be okay with not getting tested," he said.

But not everyone can afford to self-isolate.

This includes the victims of the Delhi riots or the thousands of people who live in cramped areas such as Shaheen Bagh, a neighborhood which has come to be known as the center of India's anti-citizenship law protests in Delhi.

The virus appears to be under control in India, but the situation might change soon.