People have been urged to stay away from British beaches as thousands flocked to the Dorset coast and a major incident was declared in the town of Bournemouth. The UK is experiencing its hottest day of the year so far. 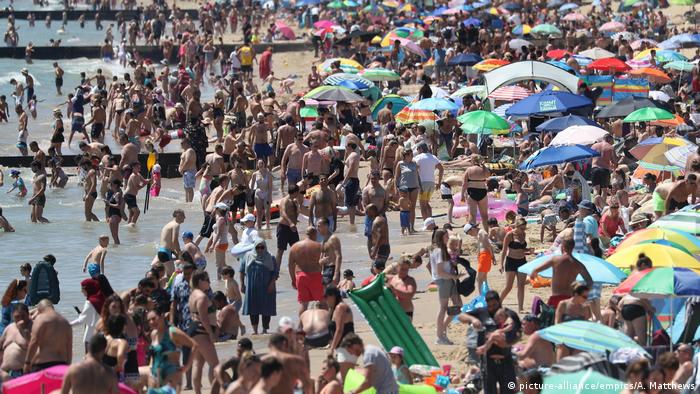 Police urged citizens to avoid the British coastal town of Bournemouth on Thursday as thousands of people contravened social distancing guidelines and flocked to local beaches.

On what has been the UK's hottest day of the year so far, a "major incident" was declared by authorities in Bournemouth in the hopes of fending off more visitors to the already congested coastline, as well as giving additional powers to emergency services.

Bournemouth, Christchurch and Poole council said services were "completely overstretched" as citizens sought the sanctuary of the seaside on a day meteorologists confirmed as the hottest of the year so far. Temperatures hit 33.3 C (around 92 F) at London's Heathrow Airport, the British Meteorological Office said.

Additional police officers were put on duty and extra security implemented to protect waste collectors who the council said had received "widespread abuse and intimidation'' as they dealt with overflowing bins. Roads, which were gridlocked, now have signs telling citizens the area is full. 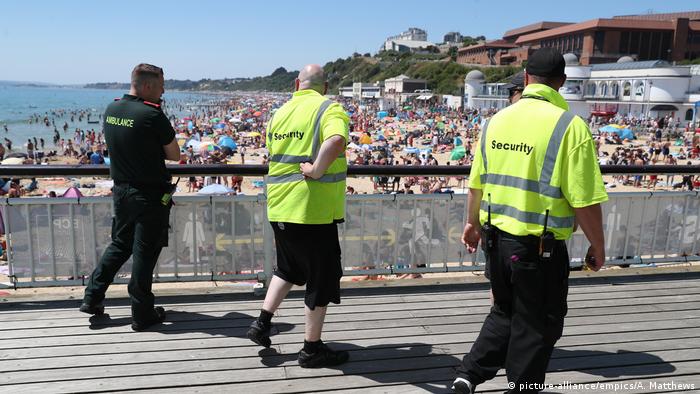 Council leader Vikki Slade said she was "absolutely appalled" at the sight of so many people, tightly packed on the south coast's beaches.

"The irresponsible behavior and actions of so many people is just shocking and our services are stretched to the absolute hilt trying to keep everyone safe," she said. "We have had no choice now but to declare a major incident and initiate an emergency response."

Earlier this week, British Prime Minister Boris Johnson said that a number of the country's restrictions will be relaxed from July 4, including the reopening of pubs and restaurants, in the hopes of boosting an ailing economy. He also announced that the two-meter (6.5-foot) social distancing rule will be halved from the same date.

"Clearly we are still in a public health crisis and such a significant volume of people heading to one area places a further strain on emergency services resources," said Dorset Police's Sam de Reya.

Are masks making us socially distant?

The German government has said it will keep social distancing restrictions in place until June 29. European countries are easing lockdown measures as they gear up for the summer holidays. Follow DW for the latest. (26.05.2020)