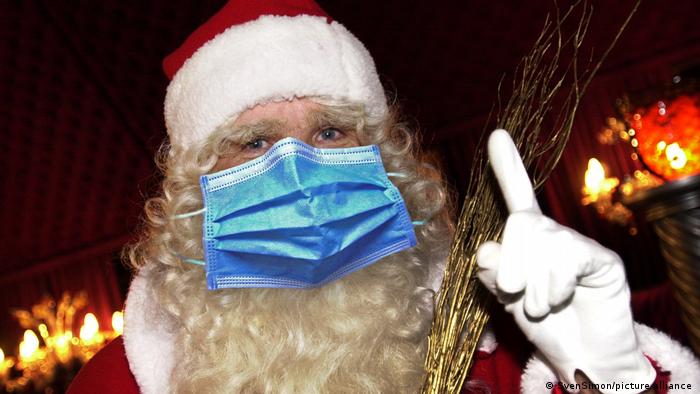 Spurred on by Chancellor Angela Merkel to come up with a "cohesive, collective answer," German state premiers have agreed on new coronavirus lockdown measures for December and probably January. They also include a mini-amnesty over the Christmas period, from December 23 to January 1, according to a draft proposal circulated on Tuesday.

After being rebuffed last week in her bid to intensify some aspects of Germany's lockdown, Merkel put the onus back on regional leaders to come up with a concept on which they can all agree. They are set to present their finalized proposal to the chancellor on Wednesday.

Here are some of the highlights from the draft proposal.

In the broadest strokes, the restrictions imposed this November are set for an extension for at least three weeks, until December 20. A decision for January is then scheduled for December 15, but states say they are working on the assumption that restrictions will still be required.

Hotels, restaurants and gyms will remain closed. People should stay at home as much as possible, avoiding unnecessary travel and contact.

To apply from December 23 to January 1

"If we were to ease restrictions now, then in a week or two we would be in exactly the same situation as we were before the lockdown," Bavarian state premier Markus Söder said on Wednesday. "Therefore we must extend the lockdown and intensify measures in hotspots."

However, states with lower caseloads might yet be allowed to choose to lift their restrictions even if the country as a whole could not.

Read more: WHO says Europe failed to learn from Asia

"States that are not risk areas, if they are visibly able to get below 50 cases [per 100,000 residents per week] in a stable and sustained way, must then have the opportunity to ease restrictions," Manuela Schwesig, the Social Democrat state premier of Mecklenburg-Western Pomerania, told Deutschlandfunk radio on Monday.

Schwesig said her own state's rate, currently hovering around 46 cases per 100,000 for the previous week, would not yet qualify in her mind to ease restrictions as it was so close to the threshold. She said a number nearer 35 might be appropriate.

But even by Wednesday morning, hours before the final talks between the states and Chancellor Merkel, the idea of regional exceptions remained contentious.

"[Public] acceptance sinks, if every German state takes different measures," senior CDU politician Norbert Röttgen told business publication Wirtschaftswoche, adding that recent measures had typically come a little too late and not always in a unified manner. "One of the great successes of the first phase was that such a high level of unity and consistency could be achieved," Röttgen said.