German national team players have donated €2.5m to causes related to the coronavirus pandemic and called for society to stick together. Head coach Joachim Löw said "the world has suffered a collective burnout." 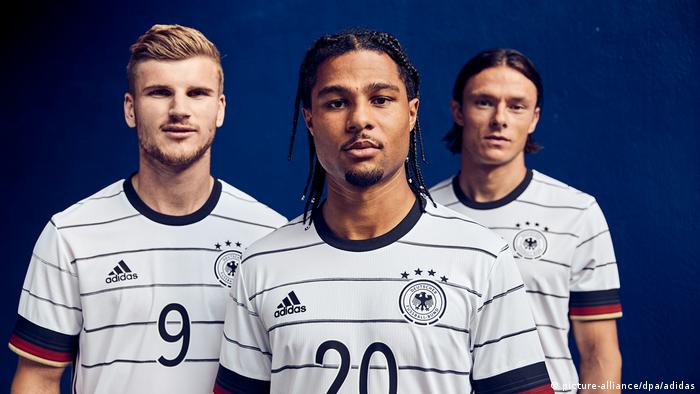 Some of Germany's top footballers including Manuel Neuer, Ilkay Gündogan, Leon Goretzka, Joshua Kimmich, Matthias Ginter and Lukas Klostermann are among the national team players who have donated a combined €2.5m ($2.7m) to organizations battling the coronavirus.

"In times like these, we have to look out for each other," said team captain Neuer in one of several Instagram videos released by the team on Wednesday. "We have also put our heads together and have decided to donate €2.5m to good causes."

"We are facing a huge social problem which affects everyone and not just the older generation," said Goretzka, while Kimmich thanked the medical personnel working in hospitals and those working "to ensure that our supply lines remain intact."

According to team manager Oliver Bierhoff, the idea came from the "players' council” featuring senior internationals and that the rest of the squad was quick to respond. "It shows that this team is united and that the players are aware of their position as role models," said Bierhoff in a press conference on Wednesday afternoon.

Löw: 'The world has suffered a collective burnout'

"The last few days have affected me greatly and have made me think," he said, joining the press conference via video link. "It seems like the world is striking back against us people who think we know everything and can do anything.

"We were traveling at maximum speed and power, profit and records were the most important thing. Environmental catastrophes in Australia and elsewhere barely affected us, but now we're experiencing something which affects the whole world and which reminds us what really counts: friends, family and respect for one another." 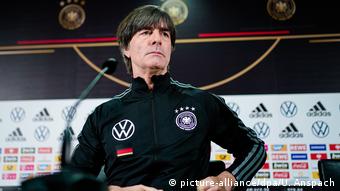 Joachim Löw has had his say on coronavirus

The German Football Association (DFB) said it had taken measures to protect its employees, with Bierhoff confirming that "the DFB is in an emergency situation. Most employees are working from home and we are carefully considering which business trips are necessary."

"From the district leagues, to the regional associations, to the Bundesliga – it's not about ideology, club colors or apportioning blame," said the 62-year-old, without outlining precise details. "It's about looking after each other and sticking to the rules. We know how to do that, at least on the pitch."

After Germany's upcoming friendlies against Spain (in Madrid) and Italy (in Nuremberg) were called off, Löw said that rearranged dates in June had already been discussed. Keller didn't rule out rearranging the fixtures behind closed doors.

'We would have been ready'

After a disappointing last tournament at the World Cup in Russia in 2018 and a poor showing in the new UEFA Nations League, Löw had been looking forward to putting his new, reshuffled Germany side to the test at Euro 2020, which has now been postponed until 2021.

"We would have been ready," he said. "We had developed strategies and we had worked on good solutions."

However, the postponement of the tournament by 12 months could also have advantages for Germany, with key players such as Leroy Sane and Niklas Süle (both knee ligament) set to return from injury.

Footballing home office due to coronavirus