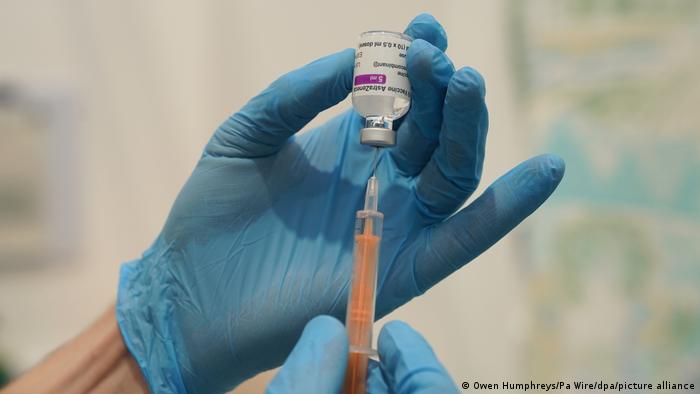 The European Union expressed its dismay with AstraZeneca on Wednesday, reiterating its stance that the pharmaceutical giant was reneging on its coronavirus vaccine agreement with the bloc.

European Commissioner for Health Stella Kyriakides said that the EU held "serious concerns regarding the intention of AstraZeneca to supply considerably fewer doses in the coming weeks than agreed and announced."

"We have been making all efforts to resolve the situation," she said at a briefing. "We convened a third meeting on Monday night, which resulted again in insufficient explanations from the company, and deep dissatisfaction among the Member States."

"The view that the company is not obliged to deliver because we signed a 'best effort' agreement is neither correct nor is it acceptable."

Kyriakides also said that under the contract it signed with AstraZeneca for the delivery of COVID-19 vaccines, the drugmaker committed to providing doses from four plants, including two in Britain.

"We remain always open to engage with the company to resolve any outstanding issues."

"This evening the Steering Board will convene again. I call on AstraZeneca to engage fully, to rebuild trust, to provide complete information and to live up to its contractual, societal and moral obligations."

Earlier, confusion reigned over whether AstraZeneca had pulled out of Wednesday's meeting with the EU to discuss delayed vaccine commitments.

Dana Spinant confirmed earlier reports by the Reuters and AP news agencies that the firm had pulled out of tonight's meeting with EU officials.

"The representative of AstraZeneca has announced this morning that their participation is not happening," she told journalists.

A senior Commission official told DW that they still expected the firm to take part in a meeting "in due course."

The British-Swedish pharmaceutical giant immediately denied it had withdrawn from the talks.

"We can confirm we have not pulled out, we will be attending the meeting with EU officials later today," an AstraZeneca spokeswoman said in a statement.

DW spoke with Dr. Soumya Swaminathan, a chief scientist for the World Health Organization (WHO), about curbs in vaccine deliveries as well as the emergence of new, more infectious variants.

While European leaders have expressed frustration with delays in coronavirus vaccine deliveries from AstraZeneca and Pfizer, Swaminathan said it was important to remember that producing millions or billions of doses will take time.

"The fact remains that vaccine manufacturing takes time to scale up the number of doses," she said. "So I think we also have to temper our expectations."

What are AstraZeneca and the EU planning to talk about?

Executives were set to hold talks with the European Commission, which negotiated the vaccine deals, to explain the delay in deliveries.

The European Medicines Agency, which is based in Amsterdam, will take a decision on whether to approve the jab for use in the 27-member bloc on Friday.

It was developed together with scientists at the University of Oxford.

On Monday, the EU threatened to impose tight export controls within days on COVID-19 vaccines made in the bloc.

The EU, which has 450 million citizens and the economic and political clout of the world’s biggest trading bloc, is lagging behind countries like Israel and Britain in rolling out coronavirus vaccine shots.

There have been more than 400,000 confirmed virus deaths in the EU since the pandemic began last year.