El Paso's hospitals are stretched to the breaking point even as many residents remain unaware of the severity of the coronavirus crisis. With winter in sight, fears are growing that the pandemic could get much worse.

Jorge Ortiz currently has more work than he is able to handle, but he's not happy about it. Ortiz works in a funeral home in El Paso, a Texan city on the border to Mexico.

With more than 12 million infected people and over 255,000 deceased, the United States has both more infections and more deaths from COVID-19 than any other country. While still-President Donald Trump shows no intention conceding this month's presidential election and comes under fire for what many see as his lax handling of the pandemic, President-elect Joe Biden is putting a coronavirus task force in place. But it will have no official power until the former vice president takes office in January. Meanwhile, the number of new infections in El Paso — and the rest of the country — keeps rising.

El Paso has seen more than 1,600 new cases daily — more than in almost any other place in the United States in terms of population. 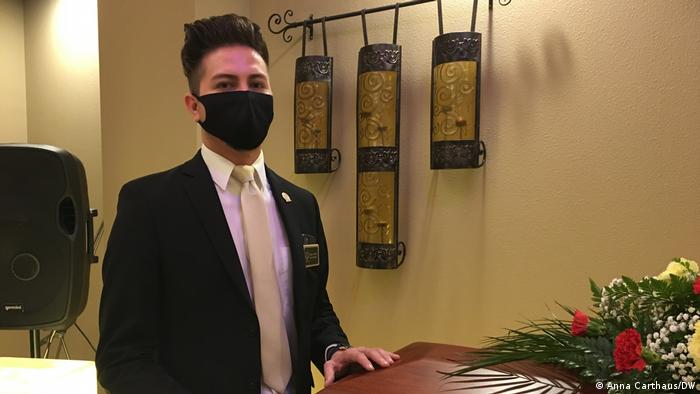 Almost three times as many burials

Ortiz has been working in the Perches family funeral home since the age of 17 and now manages five funeral homes across the city. Suit, shoes, face mask, posture: everything about him shows mourning and respect. He is almost 30 now, but this workload is new to him. "We used to have 30 funerals a month per location, now we have 80." Three-quarters of the appointments were due to the virus.

"We hadn't seen our boss for four months," he told DW. "And when we saw him again, he was lying in a coffin. We understand exactly what all these families are going through at the moment."

The pandemic poses both emotional and technical challenges for the company's employees: Embalming a corpse now requires protective clothing. Livestreams need to be set up for elderly relatives and people who cannot attend a funeral in person. All rooms have to be disinfected after on-site ceremonies.

El Paso is located in western Texas, and the city is heavily influenced by its proximity to Mexico, and its sister city of Ciudad Juarez across the border is one of the few places people in Texan city could walk to. Some 83% of El Paso's population has Hispanic roots, and for Ortiz that means many people want to see their relatives buried the day after their death. But for this, there is currently neither capacity nor space at the funeral home. 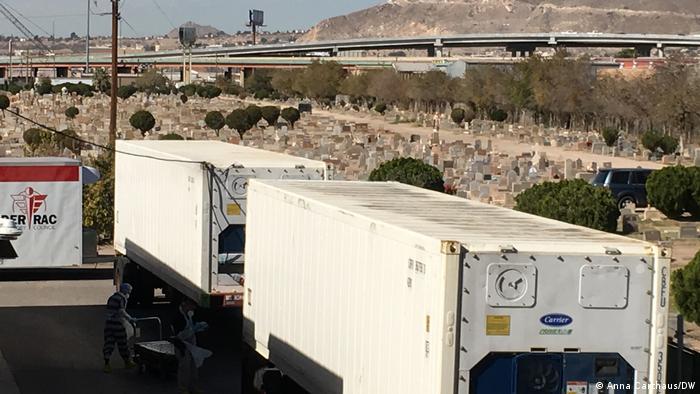 New mobile morgues for the dead

While medical staff has been flown in from other cities, intensive care patients can be flown out when the hospital is running out of room, the university hospital's spokesperson said. Currently, there are 241 hospitalized coronavirus patients. A month and a half ago, there were only 30. Hospitals had to order new refrigerated trucks to serve as morgues for the dead.

Hardship for US health care workers

US health care workers under pressure

"They deal with that every day, every day," hospital spokesman Ryan Mielke said. "It's something that you have to love or you would not be here. If you don't love it, you wouldn't last."

Some still unaware of danger

Around El Paso, there are 44 centers where people can get tested for the virus. Miguel Angel Jal coordinates 10 of them. He said he receives support from the state of Texas to keep the testing centers running, but it's not money that he thinks is the problem.

"I don't think that the lack of resources is the problem," he said, adding that people are not aware of how serious the disease is. "They do not understand what needs to be done and what not. This is where we fail."

The people dealing with the effects of the pandemic agree the public needs to understand how deadly the disease is and what they can do to prevent it from spreading. El Paso itself has suffered 839 deaths and over 9,000 people there have been infected by the coronavirus. But health officials' work is hindered by contradictory signals from state and local politicians.  El Paso's county judge had ordered a temporary closure of non-essential businesses until December 1. Texas' attorney general, along with several restaurant owners, filed a complaint against and on Friday, a higher court overturned the order. The mayor encouraged businesses to stay open. 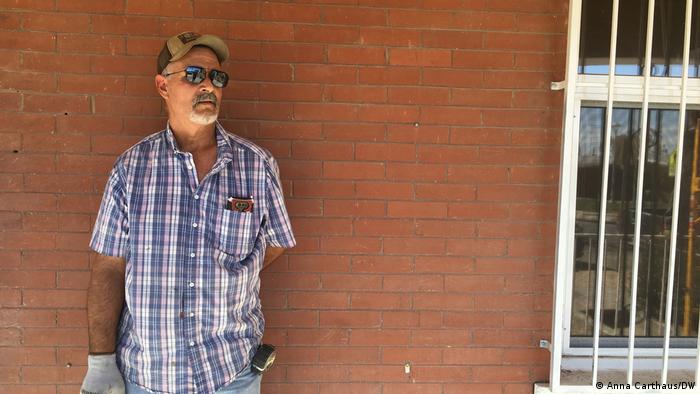 In the past, El Paso's streets were lively and colorful, said Marco Antonio Lozano de la Fuente, who runs a restaurant in the center of the city. Today, with many stores closed, someone could walk down the middle of a main road.

Since March, only Americans are allowed to cross the border between Mexico and the US. A large part of the guests stay away. De la Fuente only is doing a tenth of his regular business and he had to lay off the majority of his employees while fear of catching the virus kept others from coming to work. 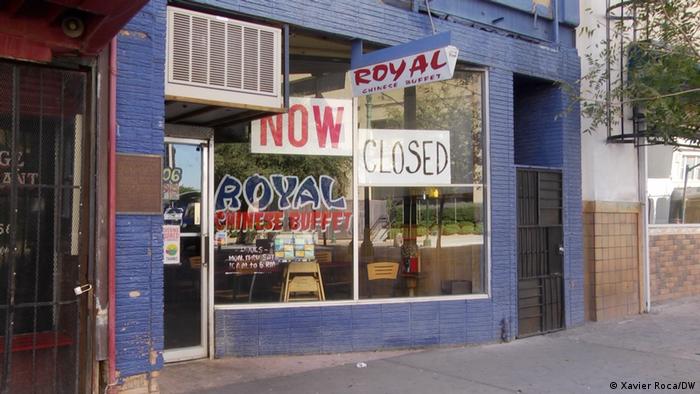 With many stores closed, visitors are staying away and the streets of El Paso are largely empty

Fighting the virus with bleach

For Uriel Samaniego, business is going great. At the beginning of the crisis, he was afraid that his carpentry company would suffer. Now he is fully booked until June next year: Many people renovated their homes during the pandemic, he said.

When he fell ill with the virus himself, he followed Donald Trump's advice and had a Mexican doctor treat him with diluted bleach – a measure doctors classified as highly dangerous and the president later said was a joke. Uriel Samaniego nevertheless believes that Trump himself survived the virus only with this toxic chemical. He voted for him in the presidential election. And he is convinced that Trump actually won it. 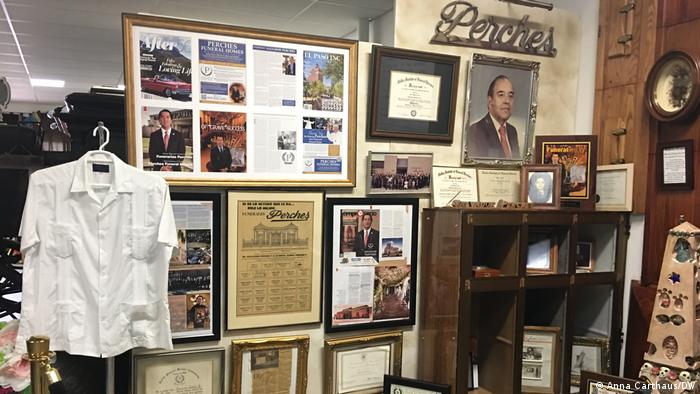 The coronavirus may get a spot of its own at an Ortiz funeral home, when the pandemic is finally over

In one room of Jorge Ortiz's funeral home, he and his staff set up a small museum. Displays recall moments of special importance to the company: The Walmart shooting. Pope Francis' visit. The company's founder's death. Will they set up a corner for the coronavirus, too? Maybe, Ortiz said. Once all this is over.