The World Health Organization reported a 16% global drop in new coronavirus cases last week. Meanwhile, Japan began its first vaccinations ahead of the Tokyo Olympics. Follow DW for the latest. 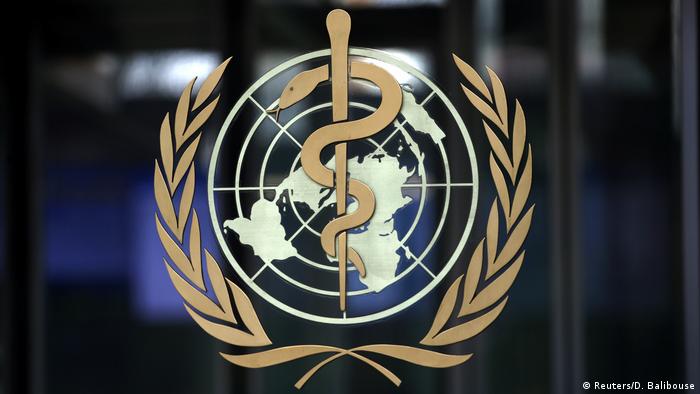 Last week, nearly all regions of the world have seen a downward trend in new cases, except for the Middle East. There has also been a global drop in deaths last week, with 81,000 new deaths, a 10 percent decrease over the previous week.

The drop in new global cases and deaths comes as more countries roll out vaccines.

Official data from the European Union released Tuesday found the bloc registered over 450,000 excess deaths between March and November of last year. Statistics firm Eurostat said the data "gives a general measure of the mortality impact of the COVID-19 pandemic because it includes all deaths independently from their causes."

UK Foreign Secretary Dominic Raab has called for a global ceasefire in order to facilitate the rollout of coronavirus vaccines to conflict zones. Raab made the remarks prior to a UN Security Council meeting on Wednesday.

"With a portfolio of up to 2.6 billion doses, we will be able to provide vaccines not just to our citizens, but to our neighbors and partners as well,'' the EU Commission chief Ursula von der Leyen said.

German Health Minister Jens Spahn told reporters in Berlin Wednesday that the B117 variant, also known as the "UK variant" now accounts for 22% of all new infections in the country.

Germany's current lockdown has successfully reduced the number of new infections in the country, but Chancellor Angela Merkel and other leaders have said it is too early to ease restrictions, citing fears over the spread of the new variants.

Japan began its vaccine rollout on Wednesday, with the first shots given to healthcare workers. The vaccinations come as the country prepares for the Tokyo Olympics set for this summer.

Some 40,000 healthcare workers received their first shot, with their second jab scheduled for March. The Japanese government is concerned about vaccine supplies due to shortages in Europe, where many of the vaccines are manufactured.

New Zealand Prime Minister Jacinda Ardern on Wednesday announced a snap three-day lockdown would end in Auckland, a city with a population of almost two million people. Ardern expressed confidence that the city's outbreak had been contained.

India has registered its first cases of the variants first detected in South Africa and Brazil. The discovery is a cause of concern for health officials after numbers of new infections had been dropping in recent weeks.

Coronavirus cases in Mexico rose above 2 million, with 8,683 cases added on Tuesday, according to the country's health ministry. The country's official coronavirus case tally stands at 2,004,575, with a total of 175,986 reported deaths.

The Day with Brent Goff: Wary of the Variants?

US President Joe Biden on Tuesday attended a CNN townhall in Wisconsin, where he promoted his $1.9 trillion economic rescue package. Biden said the package would not only boost the economy, but also help finance the country's vaccine rollout, a major logistical challenge for the new president's administration.

El Salvador is set to receive its first shipment of vaccines from India on Wednesday. The AstraZeneca doses will be used initially on heath workers, the President's Office said.