Coronavirus digest: US is 'failing' with surge in new cases

With over 100,000 new cases reported every day, the US is "failing" in its anti-pandemic efforts, according to the head of the US National Institutes of Health. Follow DW for more. 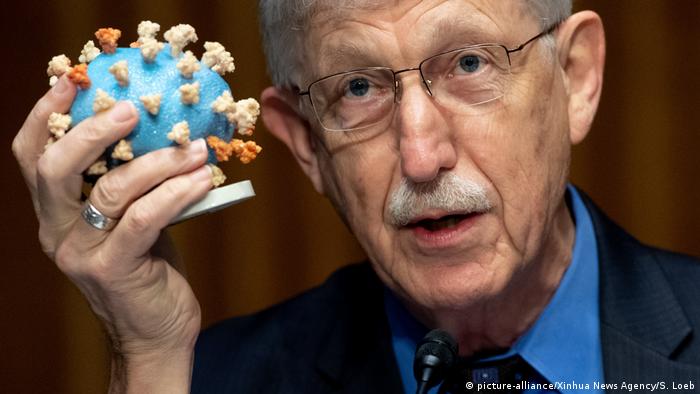 COVID-19 cases are surging in the US, with deaths up 89% in the past two weeks and the country registering an average of around 100,000 new cases per day.

"We should not really have ever got to the place we are," the director of the National Institute of Health, Francis Collins, said on ABC's "This Week."

"We are failing," he added.

While fears about the delta variant have sparked a surge in vaccination rates, there are still millions of Americans who have gone without getting vaccinated, especially in the conservative-leaning south where skepticism about the vaccine runs rampant.

"We would not be in the place we are right now with this delta surge if we had been more effective in getting everybody," Collins said.

The premiers of the states of Lower Saxony and Baden-Württemberg, Stephan Weil (SPD) and Winfried Kretschmann (Greens), spoke in support of COVID-19 testing no longer being available for free.

Kretschmann told the Stuttgarter Zeitung/Stuttgarter Nachrichten newspaper Monday, "This is also a question of fair burden-sharing, because there is, after all, a free vaccination offer for all."

Britain has reported 25,161 new cases of COVID-19, according to official figues released by the government data on Monday.

Cases rose August 3 and August 9 by 5.2% compared with the previous seven days.

A further 37 people were reported as having died within 28 days of a positive test for COVID-19, taking the seven-day increase to 14.8%.

In France, people will need to show a health pass in the form of a QR code to enter both indoor and outdoor sections of cafes and restaurants, as well as to travel on intercity trains.

The pass is championed by President Emmanuel Macron despite sparking weeks of protests.

The pass has already been in force for cultural venues like theaters, cinemas, and museums since July 21. France's Constitutional Court approved the new rules last Thursday, although the government has granted a one-week grace period while consumers and business adapt.

The new rules do not apply to urban public transportation and commuter railway lines.

Nine COVID-19 patients died in a Russian hospital after their supply of oxygen was cut when a pipe burst.

Canada is allowing vaccinated citizens of the United States to visit starting Monday after lifting its restrictions on Americans crossing the border.  As per the new rules, US citizens and legal permanent residents must be fully inoculated and should also test negative for coronavirus within three days to cross the border into Canada.

However, the government will once again extend a ban on passenger flights from India. The ban will last until September 21 and has been extended several times since first being implemented in April.

Cargo flights and medical transfers are exempt from the ban.

COVID-19 Special: Focus on Canada – is this the turning point?

In China, over 30 officials have been sacked or received other penalties over allegations that they failed to respond to the latest spike of COVID-19 in the country.

A vice mayor, heads of city districts and health commissions, along with staff in hospital management, airport and tourism departments, were among the officials fired.

The latest outbreak is associated with Nanjing airport in the China's east. The highly transmissible delta variant is thought to have spread among airport staff.

In South Korea, vaccines will be available to all adults over the age of 18 starting Monday. The country aims to have more than 70% of adults vaccinated by September.

Australian Prime Minister Scott Morrison's ratings fell to their lowest in more than a year, dropping two percentage points in the last three weeks to 51%, due to the slow vaccine rollout and a series of recent lockdowns. Only 13% of Australia's adult population of approximately 20 million are fully vaccinated.

Meanwhile, the Australian state of Victoria is easing its COVID-19 lockdown from Tuesday, except in the city of Melbourne.

The country’s most populous state, New South Wales, has however expanded its pandemic lockdown to the rural town of Tamworth amid fears that the virus may have spread into the countryside from Sydney.