Coronavirus: Can German courts overturn all lockdown measures? | Germany | News and in-depth reporting from Berlin and beyond | DW | 02.11.2020 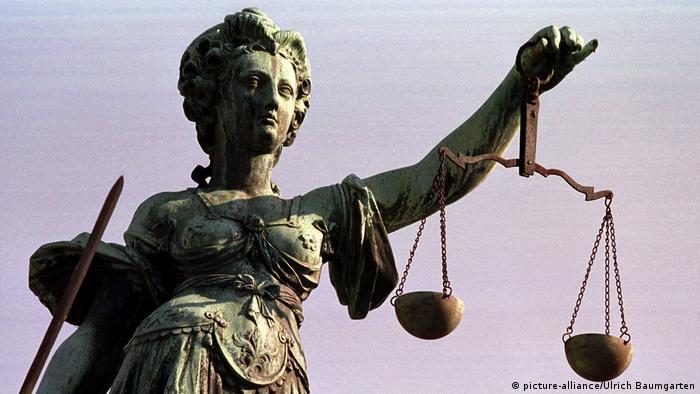 German courts are dealing with a major rise in legal complaints against government lockdown measures — and, unlike at the start of the pandemic, they are now getting more involved.

Berlin-based Lawyer Niko Härting has been taking on some of these legal challenges — and his case-load has piled up in the last week. He says hundreds of restaurants, hotels, gyms, yoga schools, tattoo studios, and other businesses have called his office asking for advice.

"We tell everyone that it'll be a hard fight," he told DW. "Because up till now in the pandemic the courts have been very cautious about lifting the measures."

But he has noted signs of a new softening. "Recently there has been an increase in rulings that have looked more closely at the measures. … We believe in the strength of our arguments."

Those arguments are threefold: There's the constitutional question of whether Angela Merkel's government is using the relevant law — the "Infection Protection Law" — correctly, or whether in fact, it is forcing through measures that the parliaments should have a say in, and which violate constitutional rights.

The second article of Germany's constitution, or Basic Law, makes clear that citizens' freedoms are basic rights, and that restrictions are exceptions mandated by lawmakers: "Freedom of the person shall be inviolable. These rights may be interfered with only pursuant to a law." That could be a fruitful line of argument for a lawyer.

Secondly, affected businesses can make the "proportionality" argument — i.e. they can argue the lockdown measures aren't reasonable and justifiable. Many cinemas and theaters, for instance, have pointed out that as good as no infections have been traced back to them. Several restaurant owners have also argued that establishments should only be shut down if actual infections are traced to them. But as Merkel pointed out again in her press conference on Monday, tracing is proving a challenge: health authorities have only been able to trace the source of 25% coronavirus infections in Germany.

The third argument is inconsistency: Many Germans are themselves baffled by what is and is not allowed. People are allowed to gather in schools, churches, offices, on public transport, and are even permitted to visit hairdressers and care homes. So why can't they go out for dinner? For restaurants, this potentially violates the third article of the Basic Law, which enshrines equality before the law.

Who can sue against the measures?

But the constitutional problems don't mean that judges can simply overturn the government's lockdown measures unilaterally: For one thing, the burden of proof is still on the citizen to prove that their individual rights are being violated by a given law and that they are suffering material harm.

That hurdle could be cleared by many gastronomy businesses, given that they are about to face a month of crashing incomes while watching other retailers doing business as usual. Where's the equality there?

"The core of the problem is that you have basic rights, and they are being impinged on," said Paulina Starski, a senior research fellow at the Max Planck Institute for Comparative Public Law and International Law in Heidelberg. "But impingements can be justified. You can discriminate between businesses, for example, if you are pursuing a legitimate interest."

In this case, the legitimate interest of the state is pretty clear: Maintaining public health, that is, preserving the life of other people. This latter point is vital, as human life is tied directly to the most fundamental right in the German constitution, spelled out in Article 1, which effectively trumps all the others: "Human dignity shall be inviolable."

"Nevertheless," explains Starski, "all the regulations have to be proportionate." 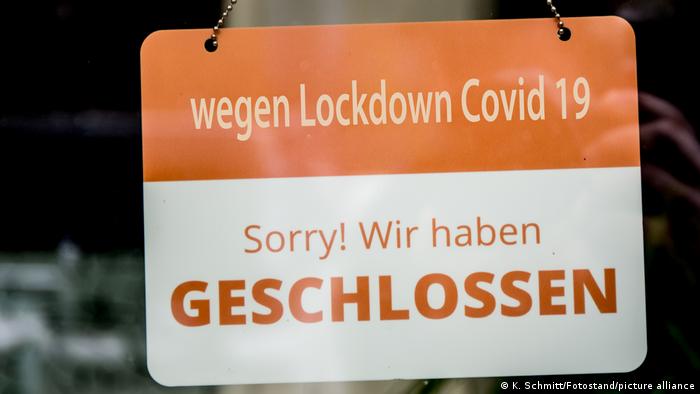 Restaurants, bars, fitness studios have been ordered to close down again

German courts have the power to weigh each of the lockdown measures — that is, everything from the obligation to wear a mask to whether bars have to shut after a certain time. That happened in the southern state of Baden-Württemberg, where a court overturned the state government's ban on hotel stays, on the grounds that the measure is disproportionate.

Verdicts by local or regional courts overturning the measures could set a precedent for other local or higher courts, which could potentially bring down the regulations imposed by the state governments, and decided by the federal government.

But that's a long battle, and the Baden-Württemberg verdict on hotel stays remains an exception, though a major one: A court in Hamburg was faced with the same question, and decided that the regulation was acceptable, at least temporarily.

The problem for any court is of course that the coronavirus has created unprecedented circumstances: How can a judge possibly know whether a particular measure is appropriate or not for containing a pandemic utterly new to the world? After all, courts only have access to the same scientific advice that politicians do, and it remains the prerogative of politicians to make laws.

"The courts often stay reserved on that," said Starski. "They say: We don't know exactly, and we can't put ourselves in the place of the lawmakers, because that's a decision that has to be made in a political discourse."

Things have changed since March, though. Scientists do know more about how deadly COVID-19 is, and how it spreads, and more and more courts are daring to look more closely.

At the same time, constitutional lawyers are also catching up with these extraordinary circumstances. And many are coming to the conclusion that, in fact, the legal situation is still uncomfortably muddy. As Starski says, "The more intense the impingement of basic rights, the more detailed the legal basis has to be. And I believe that the detail of the legal foundation does still leave a little to be desired."

Kay-Alexander Scholz contributed to this article.

The new partial shutdown will initially not hit Germany's economy as hard as the pandemic measures in spring. Nonetheless it will slow down the current upturn considerably, DW's Henrik Böhme writes.