Asylum seekers in Germany are currently entitled to 224 euros per month. The Constitutional Court in Karlsruhe has ruled this must be increased, saying it falls below what's needed for a dignified human existence. 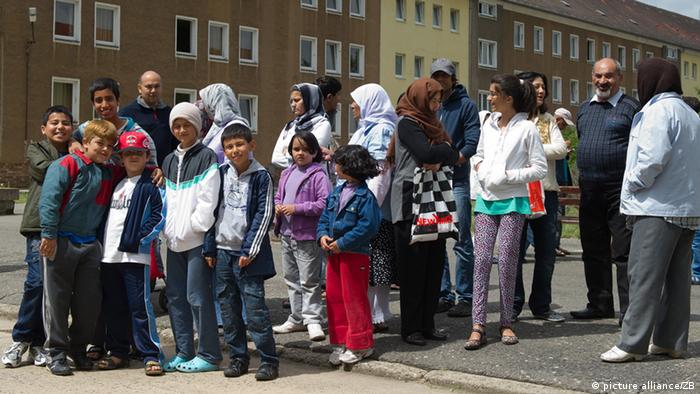 Germany's top court ruled on Wednesday that refugees living in the country must be paid more than the 224 euros ($275) per month they currently receive. The court ruled that asylum seekers should instead be given 336 euros per month, with 130 euros paid in cash to meet "the personal requirements of daily life."

The German constitution guarantees that people should be able to live with dignity befitting a human being, and the court said the current sum falls short of that margin.

"As a human right this applies to all people, so for asylum seekers as well, in equal measure," the chairman of the Constitutional Court Senate, Ferdinand Kirchhof, said.

Considering that the payment had not been adjusted since 1993, the claimants had said it was "evidently insufficient," if only because of rising costs of living.

Two asylum seekers, a Kurdish refugee from Iraq and a young girl, now 11 years old, whose mother came to Germany from Liberia, had taken the case to court.