The German constitutional court has ruled against a policeman who was seeking to stop the construction of a brown coal mine from forcing him from his home. But the court also bolstered citizens' rights for future cases. 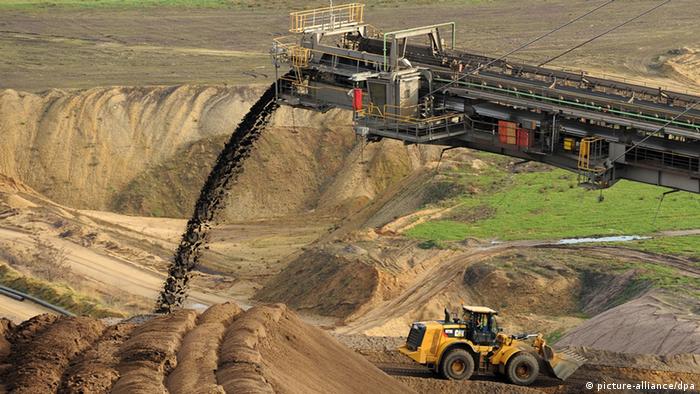 Stephan Pütz, a policeman who fought to Germany's highest court in a bid to save his home from demolition, lost his case and conceded defeat at the German Constitutional Court in Karlsruhe on Tuesday.

"It was a long journey and the result is very disappointing. There are surely more pleasant final destinations," Pütz said in court when the judges ruled that his right to stay in a home he owned, enshrined in Article 11 of the German constitution, was trumped by the public requirement for power generation. The law stipulates that a "noteworthy burden" for the collective population is one reason that can allow this right to be limited. 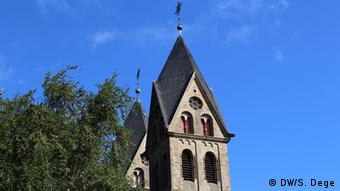 Pütz lives in Immerath, a tiny village that's particularly fond of its church

The ruling served as the last legal obstacle for a building project first approved in North Rhine-Westphalia's state parliament in 1995 and envisaged for longer still. The RWE power company, Germany's second largest, that runs the site near Cologne and Mönchengladbach has a license to excavate a 48 square kilometer area for brown coal through 2045. The Garzweiler II site is thought to hold around 1.3 billion tons of lignite reserves.

The eight judges said in their 100-page ruling that the greater public gains provided by power generation sites could supersede individual citizens' rights to freely choose where they live. The ruling also noted that major projects like Garzweiler II could not be realized if the right to choose a residence were upheld without question. Several settlements have already been cleared for the ongoing project, with Pütz's home village of Immerath comparatively late in the list.

Victory for the future?

However, the court simultaneously ruled in favor of Friends of the Earth Germany (known as BUND in Germany), strengthening citizens' legal recourse to appeal major building projects early in their planning phases. The court said, in future development projects, the authorities would have to take residents' interests into account in their calculations and offer them the chance to challenge in court.

Friends of the Earth Germany secured a 5-3 vote from the panel of judges in its complaint over the loss of an orchard it owned, but will not get the property back.

"A return [of the land] would be factually without merit," the court said, considering that the orchard had already been razed.

"Legal measures of protection must be made available punctually, so that a truly open examination is still realistic," the court's vice president, Ferdinand Kirchhof, said.

Friends of the Earth Germany said on its website that it was still pleased with the result, as it would help others in similar situations in the future.

"This certainly means that for future open-pit mining projects the concerns of those affected will no longer be so easily brushed aside; that's what gives us a victory, as well as those affected by the open-pit plans in Lausitz [a border region with Poland], where new outcrops are planned," Friends of the Earth Germany wrote.

The decision comes as Germany begins its so-called "Energiewende" transfer in energy policy, seeking to place more emphasis on renewables and phase out nuclear energy. Coal remains a part of the country's power plans, to some factions' dismay.

"To secure its energy needs, Germany does not need a single open-pit mine. And to meet its climate change targets, Germany cannot afford to approve any more," Greenpeace's Anike Peters said on Tuesday.

Social Democrat chairman Sigmar Gabriel, instead of taking up the foreign minister's post often earmarked for the top politician from a junior coalition partner, was sworn in on Tuesday to a new role as "superminister," in charge of a portfolio combining the economy and energy.