Conservatives see strong support in UK ahead of snap election

Nearly half of Britons back Prime Minister Theresa May's Conservatives, according to an opinion poll published Sunday. It's an encouraging sign for the Tories, who could be on course for a sweeping election victory. 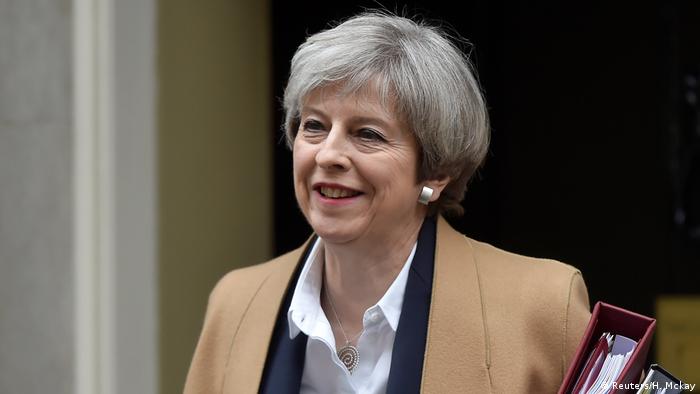 The UK's premier has announced plans for a general election in June. She lashed out at opposition parties for challenging her government's view of navigating "Brexit" negotiations. (18.04.2017)

As British Prime Minister Theresa May secures a clear mandate from MPs to hold an early election, many are asking why she is holding one at all. Samira Shackle reports from London. (19.04.2017)

The British Prime Minister Theresa May has won the vote in parliament to back her call for an early general election. She said the result will help unify parliament behind her Brexit plan and prevent instability. (19.04.2017)

Early polling favors UK Prime Minister Theresa May's decision for a snap election in the UK in June. According to surveys by Opinium, ComRes and YouGov, the Conservative Party has support between 45 and 50 percent.

The Labour party is a distant second, polling between 25 and 29 percent. Centrist opposition Liberal Democrats received support between 11 and 12 percent and anti-EU ticket UK Independence Party (UKIP) saw a drop in support, hovering between 7 and 9 percent in the three polls.

The decision to call for a snap election appears to be working for the Conservative Party, also known as the Tories. The current level of support has not been seen since 1991, according to the ComRes poll, where May's party has 50 percent of the nation's support. ComRes conducted its survey for the "Sunday Mirror" newspaper.

May decided to call a snap election in June in order to strengthen her position as the UK negotiates its departure from the EU, commonly referred to as Brexit. Support for the Conservatives stems from strengthened support from UKIP supporters and the internal turmoil in the Labour Party.

According to the ComRes poll, nearly half of UKIP voters said they would vote for the Tories in the upcoming election (48 percent), up from 31 percent from the previous weekend. The Labour Party is also experiencing internal strife in regards to their leader, Jeremy Corbyn. Just 15 percent of those polled in the YouGov poll said Corbyn would be the best choice for prime minister, compared to May at 54 percent.

While the first signs are promising for Conservatives, ComRes chairman Andrew Hawkins said Tory supporters should not be complacent.

"It is nonetheless a particular challenge in an election which may well be marked by low turnout and thus bring about some unpredictable and possibly surprising individual constituency results," said Hawkins. 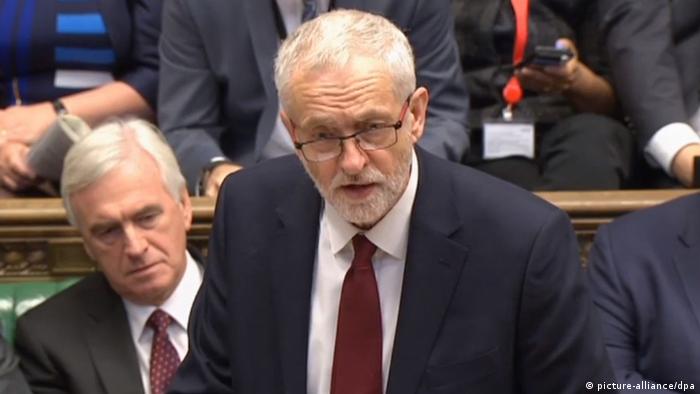 Jeremy Corbyn's Labour Party is in trouble according to early polls

The Conservative Party also saw a jump in support in Scotland. According to "The Times of London", the Tories are on their way to winning 12 more seats in Scotland.

If the current analysis holds, it could spell trouble for another Scottish referendum vote to try to leave the UK. Scotland previously held a referendum vote to become an independent country in 2014, with the "No" ticket winning 55.3 percent of the vote.