Conservative politicians in the state of Hesse are latching on to the issue of how to deal with crime committed by young foreigners to score points with voters in a key regional election later this month. 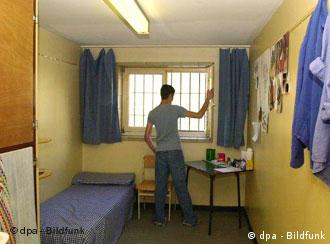 The upcoming regional election in Hesse was meant to focus on the issue of whether Germany should introduce a minimum wage. But that was before a 17-year-old Greek national and a 20-year-old Turkish national brutally attacked a pensioner who asked them to stop smoking in a Munich subway station.

The pre-Christmas attack prompted a national debate about how to deal with youth violence -- particulary when the offenders are of non-German origin. Spotting a prime election opportunity, Hesse's embattled Christian Democrat state premier, Roland Koch, is now trying to pre-empt the Social Democrat's minimum wage campaign by launching a broadside against crime perpetrated by young foreigners. 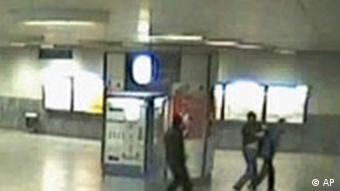 According to CDU politicians, around half of Germany's young offenders are foreigners

"We have too many criminal foreigner juveniles in Germany," Koch said. "In the name of multi-cultural tolerance, we've been blinded to accept behavior that can lead to dangerous aggression. We've got to put an end to the grand delusion."

On Wednesday, Koch will meet with his interior minister to discuss a new anti-crime campaign for the January 27 election.

The Social Democrat leader in Hesse, Andrea Ypsilanti, has hit back at Koch, telling the Süddeutsche Zeitung newspaper: "He's leading a dirty campaign again…That's his style."

Other SPD leaders have accused Koch of trying to score points by stirring anti-foreigner sentiment -- a sensitive issue in Germany. Vice Chancellor Frank-Walter Steinmeier said it showed that Koch "was nervous" about losing the election to the Social Democrats.

"Herr Koch, why don't you come up with some concrete ideas on integration instead of whipping the people up against each other?" Steinmeier asked.

Koch was once considered a rising star in the CDU, but lately, polls have showed him slipping and possibly in danger of losing his absolute majority. The election in Hesse is one of four regional ballots in 2008 in CDU-controlled states. The SPD said it would be a victory to take power in one of the four, and considers Hesse one of its best shots.

The SPD had decided to make minimum wage its main issue for the election. Polls show most Germans are in favor of introducing a minimum wage, but Koch and his party are against it.

In the wake of the Munich subway attack, conservative politicians have called for a host of tougher punishments for young offenders, including a "warning arrest" of several weeks and the establishment of US-style private correctional "boot camps."

Leading CDU politician Wolfgang Bosbach said that a period spent at boot camp could be "most effective" as many young offenders don't see being released on probation as punishment.

"So-called 'boot camps' in which young people are meant to be humiliated and subjected to drills are in no way compatible with human dignity," Zypries said.

Minimum Wage to Loom Large in Political Debate Next Year

Germany's Social Democrats plan to put their demand for a universal minimum wage at the top of their campaign agenda for key regional polls in 2008. The issue is set to dominate the political debate early next year. (30.12.2007)

Following a brutal attack on a pensioner by two foreign youths on the Munich underground, Germany's conservative politicians want tougher laws or even deportation for perpetrators. (28.12.2007)

In Germany, Focus on Preventing Not Punishing Youth Crime

German courts largely sentence defendants under the age of 21 according to juvenile law in a bid to help them reintegrate into society and mete out punishments that fit the crime as well as the offender. (06.10.2007)

Are boot camps for delinquents an effective way of dealing with youth crime? Please include your name and country in your reply.

US and NATO withdraw from an Afghanistan still at war: What you need to know 30.06.2021