Congo's electoral commission has said a long-awaited presidential vote will take place in late December 2018. Critics have long accused President Joseph Kabila of postponing the vote to maintain his grip on power. 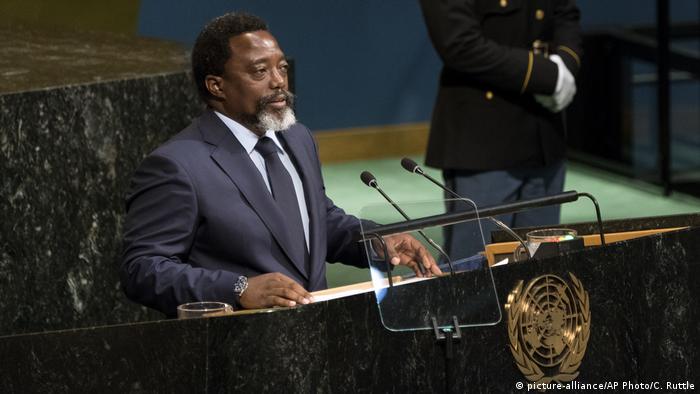 The Democratic Republic of Congo will hold an election to replace President Joseph Kabila (photo) on December 23, 2018, the electoral commission said Sunday.

His refusal to step down and hold elections has raised tensions in the poverty stricken and war-torn central African country.

The opposition has said the new timetable is unacceptable, and have called for Kabila to step down and a transitional government to rule until the elections.

"We reject the (CENI) calendar... what interests us right now is the departure of Kabila by December 31, 2017," said Augustin Kabuya, spokesman for the main opposition Union for Democracy and Social Progress (UDPS). "This predatory regime wants to prolong the instability and misery of the people."

The opposition and international critics have accused Kabila of attempting to hold onto power by using delaying tactics. Kabila has not ruled out another presidential run.

The electoral commission said presidential, legislative, regional and local elections would be held at the same time. The new president would take office on January 12, 2019.

It had previously said elections could not be held until April 2019 due to difficulties registering voters and rebel conflicts in the country's mineral-rich east and center.

Sunday's announcement comes nearly a week after US Ambassador to the United Nations Nikki Haley, on a trip to the country, called for elections to take place in 2018.