DR Congo's President Joseph Kabila seems intent on clinging to power any way he can. DW spoke to political scientist, Dr Phil Clark, about what we can expect next in the DR Congo. 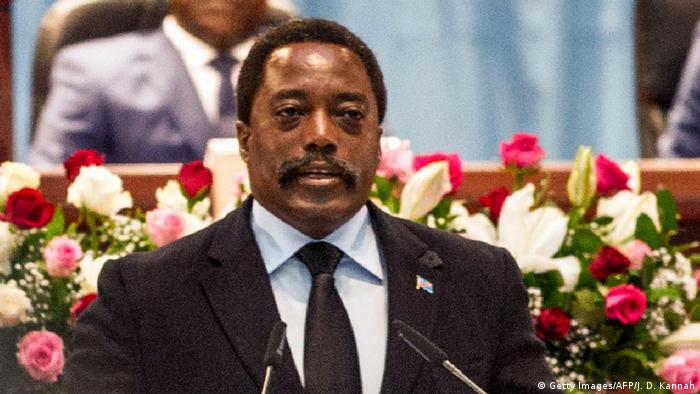 DRC Electoral commission says the long-delayed elections in the Democratic Republic of Congo (DRC) to replace President Joseph Kabila cannot take place until at least April 2019. It is the third time the polls have been postponed. The elections were originally scheduled for November 2016. The UN is warning that delays are creating a tense and uncertain political climate in the country. Kabila has been in power since 1991 after his father Laurent Kabila was assassinated. DW spoke with Dr. Phil Clark, DRC expert and political scientist at the SOAS, University of London.

DW: The opposition says the delay is a ploy by Kabila to stay in power - what options do they have if any?

Dr Phil Clark: The opposition in Congo is in a very difficult situation at the moment in that they themselves are extremely divided. There have been various attempts over the last 12 months to try to build a more coherent opposition coalition. But we've seen that coalition start to break down in the last few months, and it's not even clear who exactly the coalition leader is. It's not clear what opposition candidate this coalition could put forward to try to contest the presidency against Kabila. And that's also been part of Kabila's tactic. He's also used new cabinet positions and a range of other strategies to try to weaken the opposition. So all of this is really part of Kabila's plan and he seems to be getting what he wants at the moment. 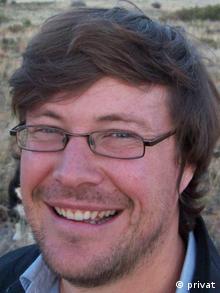 Dr. Phil Clark, The School of Oriental and African Studies, University of London

Dozens of people died last year in protests against Kabila's refusal to step down at the end of his term. Are we likely to see more violence?

There will almost certainly be new protests in the streets of major towns across Congo after this latest delay to the elections. The population has shown over the last 12 months that they don't believe Kabila. They think that he's trying to cling to power. There's an enormous amount of anger. So I think we're going to see the protests continue. And every time there have been large scale protests in the last 12 months, there has also been a very violent crackdown, particularly by the Congolese police. That is the pattern that I think we're going to see over the next six to twelve months - that is the opposition trying to mobilize these continued protests. We're going to see violent crackdowns. And I think the fear of many Congolese people is that this will also lead to a very significant civilian death toll. So it's very volatile days ahead for Congo.

Is there any way forward?

It's very difficult to see what a resolution to this situation would be at the moment, because so many different approaches and tactics have been used over the last year. The opposition itself has used these rolling protests to try to put pressure on Kabila. The international community has used a range of sanctions against Congolese officials - also to try to put pressure on. Kabila seems impervious to all these tactics. And unfortunately, I think there is a bit of a stalemate in the Congolese situation at the moment. Kabila has shown himself to be very difficult to budge on this issue and he now seems to want to delay the elections as long as possible. In fact, I think there's even a question of whether these elections will even go ahead in 2019. Kabila's approach, until now, has been to consistently push the elections back by three months, by six months, by nine months. It's possible now that, in fact, we won't see elections in the next five to ten years. This may be part of a longer-term strategy by Kabila to simply cling to power undemocratically and unconstitutionally, as long as he possibly can.

Congo's Electoral Commission says it needs  504 days to organize the polls once voter registration is done. Why do they need so much time?

It is undoubtedly true that, in Congo, organizing elections is extremely complicated. It's a vast country with very limited infrastructure. The last two presidential elections in Congo have been very, very complicated to organize. So the electoral commission is undoubtedly telling the truth when they say that they need a huge amount of time to do this. But the bigger question is why are they only beginning to organize the elections now? With the elections having being scheduled for six months ago, the preparations for this vote really should have happened two years ago. So again, this is part of a deliberate stalling tactic. For the electoral commission to say "Look, we need another year and a half," sort of ignores the fact that these preparations really should have begun a long time ago. So this is all part of the same deliberate delaying tactic.

The interview was conducted by Zipporah Nyambura.