The US ambassador to the United Nations has ended her first Africa trip in the DRC, saying the troubled country must hold elections by the end of 2018 or else lose international support. 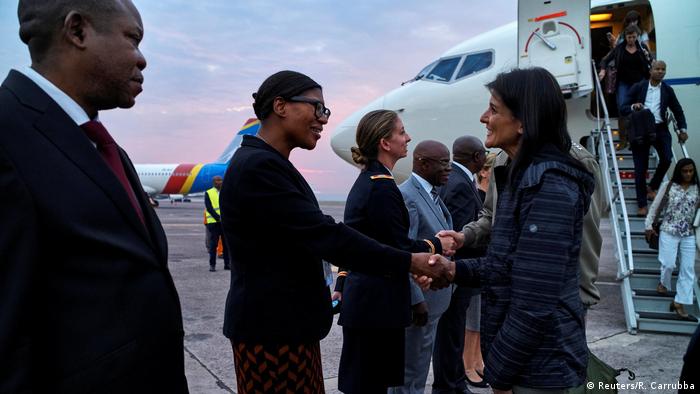 The US Ambassador to the United Nations (UN), Nikki Haley, has wrapped up a three-day diplomatic visit to the Democratic Republic of the Congo (DRC), during which she addressed ongoing political tensions and the increasing humanitarian crisis.

Haley is the most senior envoy of the Trump administration to visit the DRC and is in Africa to oversee US and UN involvement in Ethiopia, South Sudan and the DRC.

Local opposition supporters used Haley's visit as an opportunity to stage demonstrations against President Joseph Kabila, whose term in office expired on December 20, 2016, sparking a political crisis. Tensions remain high throughout the country due to the delay in holding elections, which were meant to take place late last year. Haley is expected to speak with Kabila later on Friday.

Kabila has held power since the assassination of his father in 2001, but is currently barred from attempting to change the constitution in order to allow him to stand for a third term in office. The country has yet to experience a peaceful transition of power.

Haley told reporters following a meeting with the DRC's National Electoral Commission on Friday that the election to replace Kabila must take place next year, or else international support will be withdrawn. 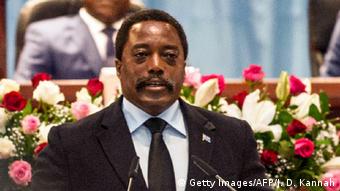 DRC government spokesperson Lambert Mende said it was up to the electoral commission to organize the new date.

"It's not up to the government, nor Miss Haley, to organize the new elections," he said. "I don't think we can be subjected to these kinds of diktats."

Earlier this month, the commission claimed the election could not take place until at least April 2019 owing to unrest throughout the country, despite striking a deal with the opposition on December 31, 2016. The opposition countered that the frustrated population would eventually "take matters into their own hands."

International observers fear that a continued increase in political tensions could push the DRC back toward a statewide conflict as it continues to recover from the Second Congo War and its aftermath, which resulted in at least 5.4 million deaths by 2008. Dozens were killed in protests after Kabila refused to step down at the end of his mandate last December, and militia violence has also increased in the country's east and center as a result of the uncertainty. 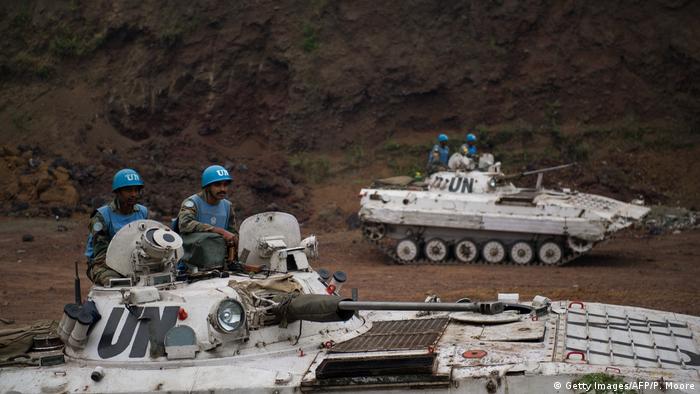 Gode Atshwel-Okel, a professor of Political Science at the University of Kinshasa, told DW that the presence of Haley will not change the situation in the country.

"Congo's problems need local solutions. In a rebellion in the Kasai region, the international community cannot do anything. It cannot stop the murder," he said.

"Congo's east is rich in raw minerals and the international community sucks the wealth out of this region. How many UN missions in the Congo have we had? [They] have not offered any solutions so far."

Violence has continued to escalate in the DRC, especially in the eastern Kasai region, despite the ongoing efforts of the United Nations Organization Stabilization Mission in the DRC (MONUSCO) at a cost of more than $1 billion (860 million euros) per year.

Haley is currently reviewing all peacekeeping operations in an attempt to cut costs, as the US is the largest contributor. In June the UN General Assembly agreed to cut $93 million from the Congo peacekeeping budget.

Earlier on Friday Haley also spoke with bishops at the DRC headquarters of the Catholic Church, encouraging them to "get involved" in ending the political deadlock reducing tensions.

The bishops were influential in brokering the election compromise last December.

Father Donatian Shole told reporters after the meeting that the church will continue to look toward the international community for "support" so that elections could be held "as soon as possible."

The Democratic Republic of Congo (DRC) has more internally displaced persons than any other country. That’s due to numerous violent conflicts – fuelled by a political crisis. Experts say fresh EU sanctions could help. (31.05.2017)

MONUSCO is to close five of its bases in the restive North Kivu Province by the end of July. The UN mission insists it will still be effective in fulfilling its mandate in the DRC. (20.07.2017)