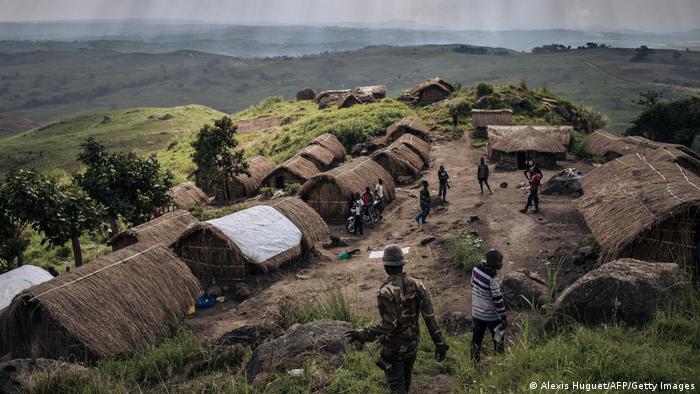 President Felix Tshisekedi of the Democratic Republic of Congo, in an address to the UN General Assembly, said the M23, a key armed rebel movement causing instability in his country, is supported by Rwanda.

"The involvement of Rwanda and its responsibility in the tragedy that my country and my compatriots, in the areas occupied by the Rwandan army and its allies of the M23, are no longer questionable," Tshisekedi said on Tuesday evening.

The allegations are not new. Tensions between the two countries over the M23 flare sporadically.

The M23 had been relatively dormant for years but has resumed its attacks in eastern Congo. It has since intensified its activities in the region along Congo's border with Rwanda and, in June, captured the strategic town of Bunagana near the border to Uganda. 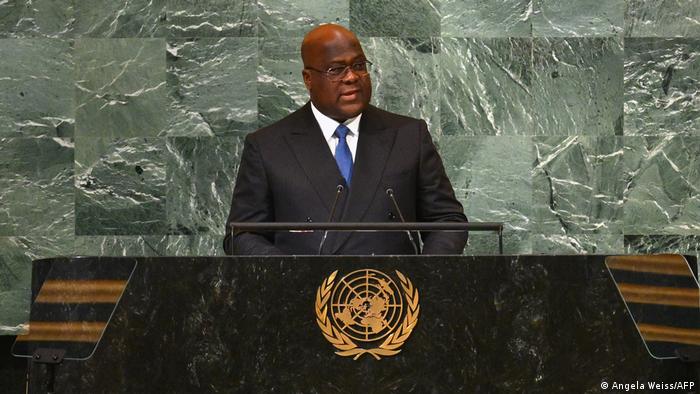 President of the Democratic Republic of Congo Felix Tshisekedi addressed the 77th session of the UN General Assembly in New York on September 20, 2022

Tshisekedi also warned world leaders that any failure to take into account UN expert reports on the crisis  "will only encourage Rwanda to pursue its agression, war crimes and crimes against humanity in the DRC."

It would also fuel the suspicions of the Congolese people on the impartiality of the UN and what Tshisekedi called "the complicity of some of its members in these crimes.”

Rwanda's President Paul Kagame, in his subsequent address to the assembly, highlighted the crisis in eastern Congo but refrained from responding directly to Tshisekedi.

Kagame has repeatedly denied the allegations over M23. The crisis in eastern Congo, he told the UN General Assembly, has continued for more than two decades and requires serious attention.

The deployment of UN peacekeepers is exposing Congo's neighbors to cross-border attacks that are preventable, he suggested. "There is an urgent need to find the political will to finally address the root causes of the instability in eastern DRC. The blame game does not solve the problem,” Kagame said.

Tshisekedi and Kagame were speaking just days after the UN Secretary General Antonio Guterres conceded that the UN peacekeeping mission to Congo, MONUSCO, was no longer capable of defeating the M23.

Guterres told French media that the UN "is not able to beat the M23."

"The truth is that the M23 today is a modern army with heavy equipment that is more advanced than the equipment of MONUSCO," he said.

The UN chief's comments were not unlike those that saw the MONUSCO spokesman Mathias Gillmann expelled from the DRC last month.

Kinshasa has increasingly questioned the value of the UN peacekeepers. Since 2019, pro-democracy movements and some elected officials have been calling for the departure of MONUSCO. In July, four UN peackeepers were among the 36 people killed in anti-UN protests in Goma and Butembo in eastern Congo.

The protesters accused MONUSCO of failing to stop the resurgence of violence. Civilian massacres are common, and the number of people displaced has run into the millions.

Resurgence of M23 fuels conflict between Congo and Rwanda

The UN Secretary General's remarks surprised and shocked some Congolese citizens and activists.

"He [Guterres] is probably passing the baton to the African Union, or perhaps the East African Community," Pierre Boisselet, coordinator of the Kivu Security Tracker, told DW. "In any case, he himself believes that there are other institutions, other configurations and other armies that are better equipped to deal with this threat of the M23."

MONUSCO is one of the largest and most costly UN peacekeeping missions, with an annual budget of around $1 billion (€1 billion). An estimated 120 armed groups, including M23, are active in eastern Congo.

Bienvenu Matumo of LUCHA, a local citizens' movement, told DW that it is difficult for many Congolese people to understand why MONUSCO has been ineffective in their country.

"If one force cannot help us eradicate the M23, neutralize the ADF, stop the actions of local armed groups, this force cannot be another force in the Kivu region," Matumo told DW. 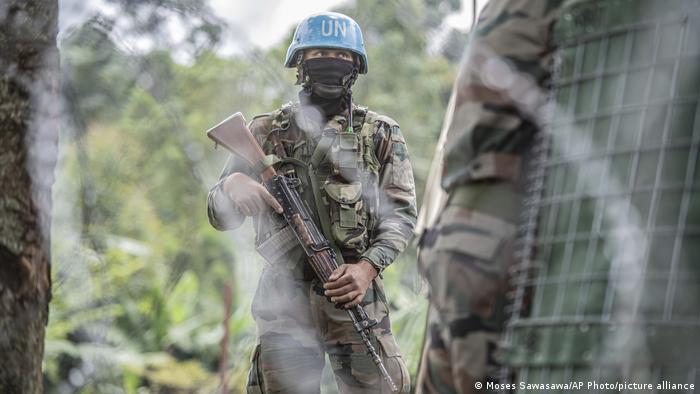 The UN chief Antonio Gutteres has highlighted the need for negotiations to restore peace to Congo.

Matumo is however not convinced that negotiations between Congo and neighboring countries such as Rwanda are a viable solution. "You cannot negotiate with countries that are involved in aggression. We can't."

Pierre Boisselet of the Kivu Security Tracker is one of several analysts who suggest that that the UN is betting on regional negotiatons to end the crisis.

"The way I analyze this is that the [UN] secretary general believes that only a regional negotiation between the DRC, Rwanda and Uganda could resolve this situation," he said.

The UN may be unwilling to risk a situation of rupture with Rwanda, which may make it harder to mediate in the crisis, according to Boisselet.

Tshisekedi's government has already said it was not ready for negotiations with the M23. The Congolese leader told the UN General Assembly about the response to his efforts at diplomacy and negotiations.

"Despite my good will and the outstretched hand of the Congolese people to peace, some of our neighbors have found nothing better than to thank us by aggression and support for armed terrorist groups that are ravaging the east of the DRC," he said.

After addressing the UN, Kagame and Tshisekedi discussed the Congo crisis with French President Emmanuel Macron.

MONUSCO was deployed in 2010 with a mandate to conduct offensive operations. The mission is expected to come to an end in 2024.

Rose Tuombeane, coordinator of the women's rights network Dynamics of Women for Good Governance, is concerned over the mission's failure to restore peace. MONUSCO should withdraw immediately to prevent an escalation in tensions, she believes.

"We have always asked for MONUSCO to be able to leave without conditions. An attempt should be made to speed up the process of their withdrawal. 2024 is too far away," Tuombeane told DW. 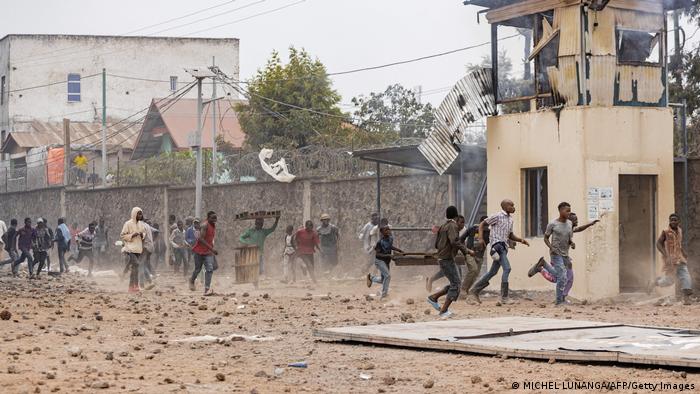 Protesters stormed a MONUSCO base in Goma on July 26, 2022

The acting spokeswoman of MONUSCO, Ndeye Khady Lo, told DW that the withdrawal is already underway. The mission was scaled down in 2014 and eight of its offices were closed in 2018. Over the past two years, it has withdrawn from Kasai and Tanganyika, two of the five provinces where its peacekeepers have been stationed.

The transition plan for the responsible, orderly and sustainable withdrawal of the mission was signed by the UN and the Congolese government a year ago, she said.

Political scientist Jean Claude Mputu told DW that once the mission ends, it would be up to the Congo to end the crisis.

"There are three things that need to be an alternative. The first is at the political level, secondly the thing to be done is that the Congolese army must be provided with sufficient resources and, finally, it is absolutely necessary to put an end to the impunity that reigns in this region and within the armed forces."

Saleh Mwanamilongo and Wendy Bashy contributed to this article.

In Africa, foreign military interventions are in the spotlight for failing to end conflicts at the continent's hot spots. Both internal and external political interests are contributing factors.

President Uhuru Kenyatta says the East African Regional Force will deploy in three provinces in DR Congo to "enforce peace." The call comes amid a resurgence of the M23 rebel group.