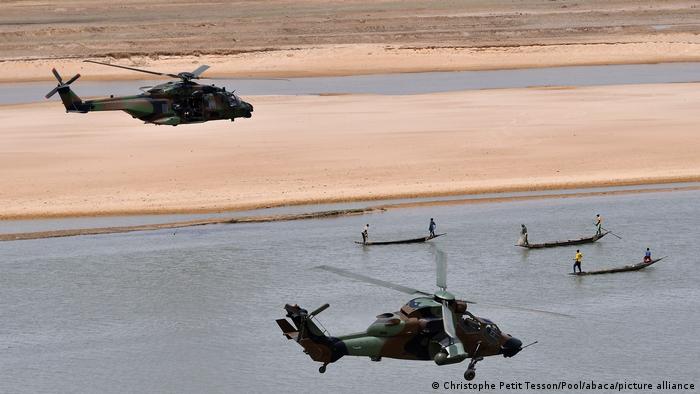 The Sahel region, at the southern frontier of the Sahara Desert, is a mired in conflict and at the mercy of ecological threats

Ecological threats will lead to widespread conflict and mass migration unless significant efforts are made to limit the damage, a global think-tank report published on Thursday found.

It comes ahead of the United Nations Climate Change Conference (COP26) in Glasgow, where world leaders are hoping to agree on concrete measures to tackle climate change.

For its second Ecological Threat Report, the Institute for Economics and Peace  (IEP) assessed 178 independent states and territories to find those most prone to ecological-threat-related conflict.

It looked at  food  risk, water risk, rapid population growth, temperature anomalies and natural disasters, and combined this data with national measures of socioeconomic resilience — such as well-functioning governments, strong business environments and acceptance of other people's rights among others — to produce the 2021 Ecological Threat Report. 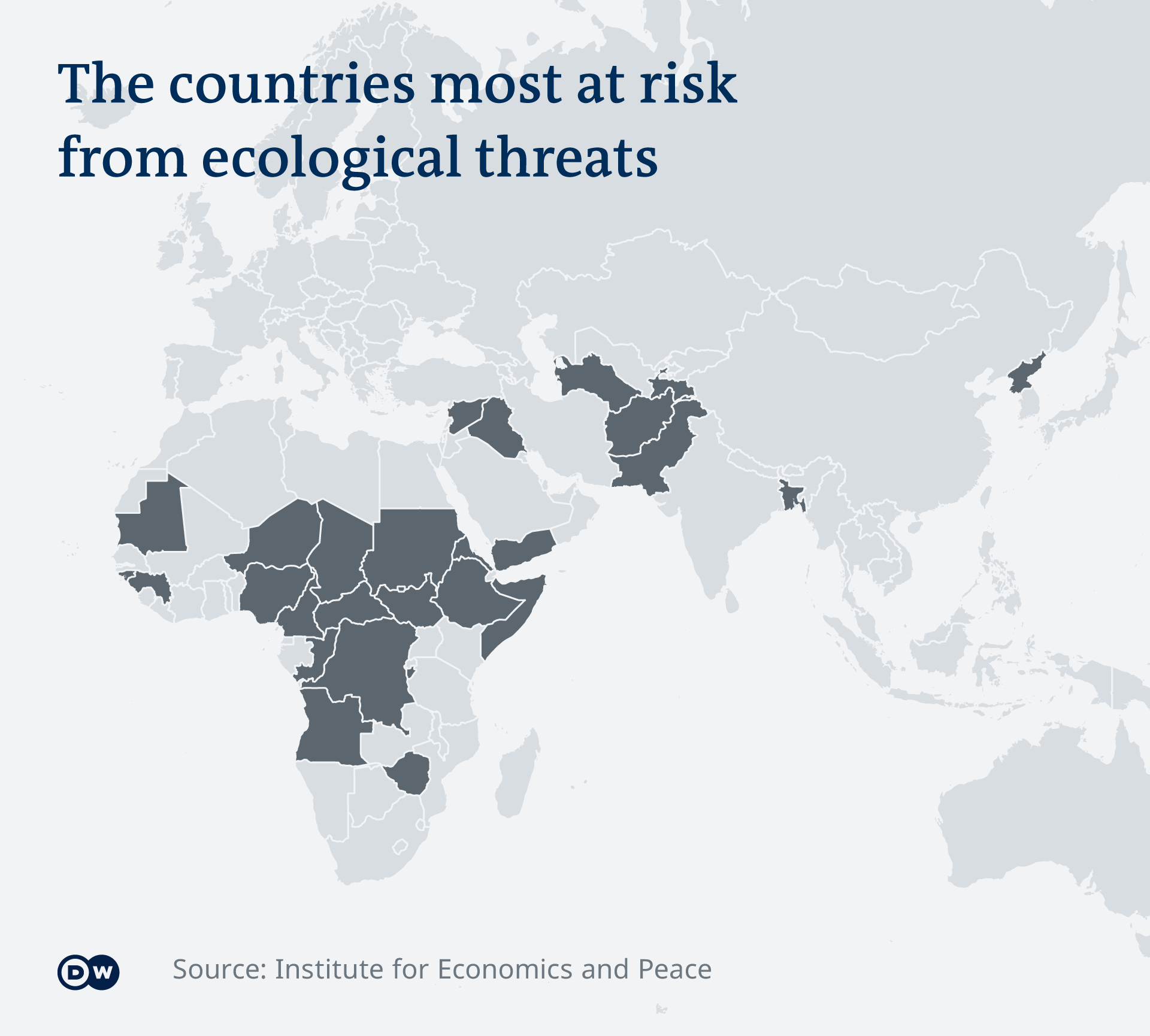 The report found 30 countries that have a medium to extremely high level of ecological threat combined with extremely low societal resilience.

The spiral of conflict and ecological damage

Their research found that regions menaced by conflict and ecological damage — such as natural disasters, resource scarcity and temperature anomalies — fall into a sort of feedback loop, where each issue reinforces the other.

"Resources get degraded, you fight over them, conflict then weakens all the social infrastructure and systems, and it also destroys the resources further, which now creates more conflict," Killelea said.  "You've then also got the different ethnic or religious groups and old animosities from past conflicts, so it's easy to fall back in along those lines again."

One region that is falling into this loop is the Sahel — at the southern frontier of the Sahara Desert — where systemic problems, such as civil unrest, weak institutions, corruption, high population growth and lack of adequate food and water, are feeding into each other.

The IEP research found that these issues increased the likelihood of conflict, and facilitated the rise of many Islamist insurgencies in the region.

Islamic terrorist groups have leveraged local disputes over dwindling resources such as water and grazing land to further their cause and gain power, it found.

The regions most at risk

The three regions found to be most at risk of societal collapse are the Sahel-Horn of Africa belt, which stretches from Mauritania to Somalia, the Southern African belt, from Angola to Madagascar, and the Middle East and Central Asian belt, which runs from  Syria to Pakistan.

And those countries, as well as being at risk of further conflict, are also likely to experience mass migration. More than 50 million people were forcibly displaced by conflict and violence in Sub-Saharan Africa, the Middle East and North Africa in 2020.

"Today about 1.26 billion people are living in those 30 countries, and therefore we say that they are at a high risk of both conflict and displacement caused by environmental damages," Stroobants said.

Is climate change a factor?

The report found that, although many ecological threats, such as water and food scarcity, exist without climate change, they are inevitably exacerbated by it, potentially pushing countries into new or deeper conflict and pushing more people out of their homes. By 2050, climate change is expected to displace an additional 86 million people in sub-Saharan Africa alone.

"Climate change is definitely an aggravator and an accelerator of the effects and the impact of those ecological threats in those very specific countries," Stroobants said, referring to the most at-risk countries.

Nina von Uexkull from Uppsala University's Department of Peace and Conflict Research — who was not involved in the IEP report — told DW that some regions are at risk of conflict from climate change.

"In current societies, the overall impact of climate on conflict risk is judged to be minor relative to other factors, but some regions of the world are indeed vulnerable to seeing climatic factors translate into internal security risks," she said.

What about developed countries?

Countries in Europe and other highly developed regions do face threats from natural disasters and climate change, but they are resilient to the worst problems effected by ecological threats, the report found.

This is thanks to robust governance, social safety nets, wealth and other factors.

Speaking on the recent floods in Belgium and Germany, Stroobants said: "Yes, there there was an impact, but both countries are already rebuilding. Only a few people were displaced, they were well-taken care of and they can to return to their villages."

"This is completely different in other parts of the world where both the impact can be bigger, but also you can be exposed to multiple threats and not just one or two," he said. 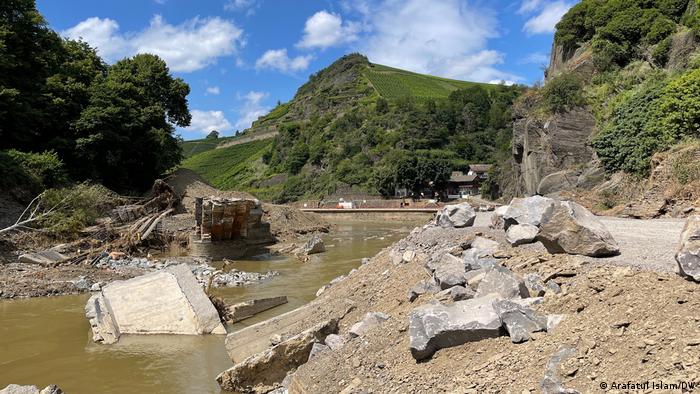 Ecological threats in resilient countries, such as the 2020 floods in Germany, do not lead to major instability

Uppsala University's von Uexkull said while these countries are largely resilient, they do face risks of civil unrest as well as possible future migration.

"Wealthier and resilient countries should be unlikely to see large-scale violence," she said.

What is their proposed solution?

Limiting climate change will not totally mitigate the risk of ecological threats on conflicts, the think tank said.

It is calling on governments and international agencies to integrate structures that combine health, food, water, refugee relief, finance, agriculture, development and other functions. It says that the siloed nature of relief and development agencies do not allow for an agile response to systemic, regional issues.

"You can second people from all the existing different agencies to form something which is unified, something at a smaller level. You're going to get a lot better efficiencies, much greater productivity and probably more aligned to the needs of the problem, too, if you're focusing on systemic interventions," Killelea said.

The research group SIPRI has identified a link between climate change and extremism in the West African country. As the region reels from the sudden death of Western-backed strongman Idriss Deby, instability is rife.

Why UN peacekeeping missions have failed to pacify Africa's hotspots

In Africa, foreign military interventions are in the spotlight for failing to end conflicts at the continent's hotspots. Both internal and external political interests are contributing factors.